Rep. Charlotte Warren shared a statement with NEWS CENTER Maine saying the post was "tongue-in-cheek and intended to poke fun." 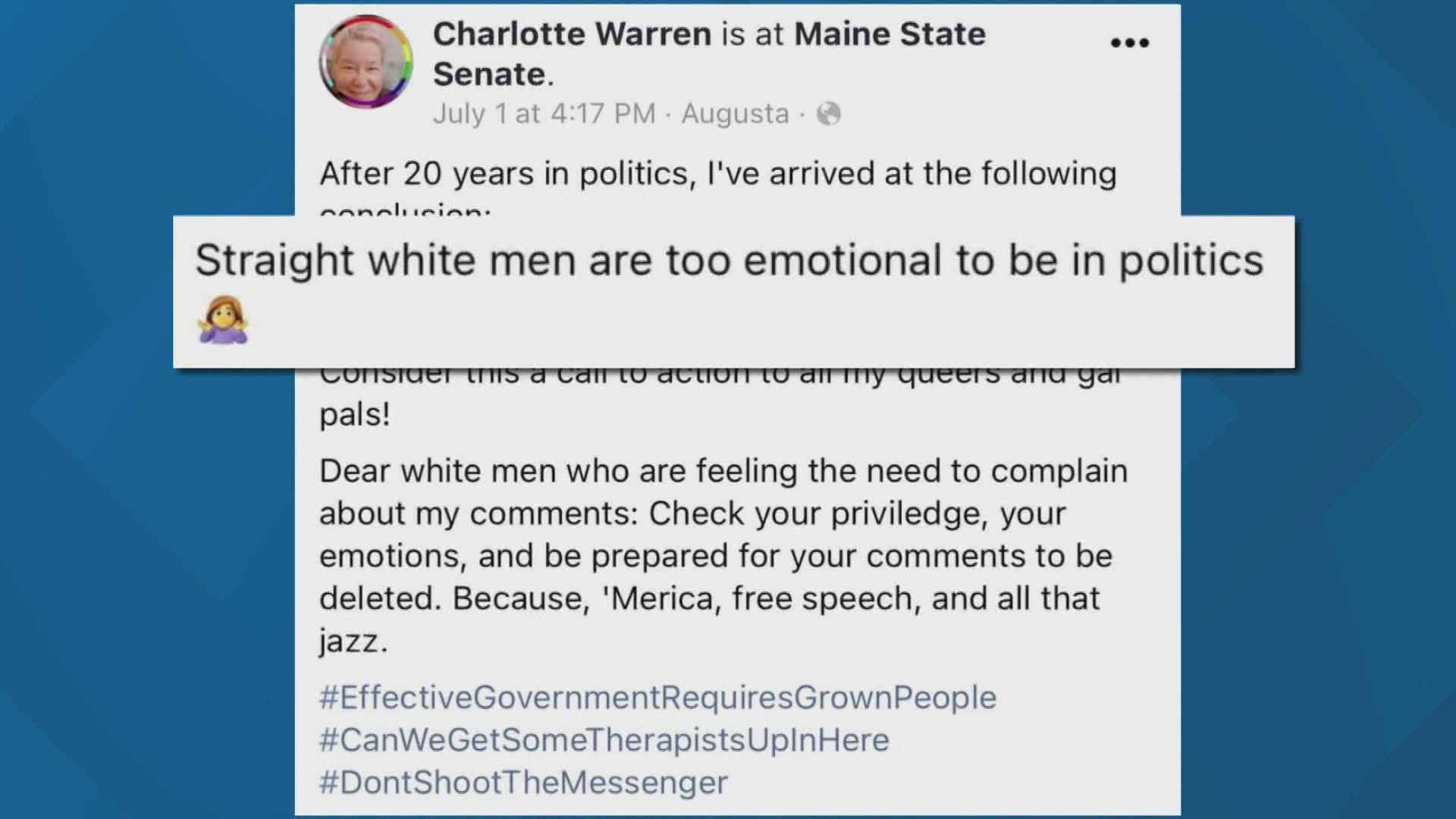 AUGUSTA, Maine — A Democratic state lawmaker who took down her Facebook account after sparking criticism from conservatives over a social media post is now addressing the controversy.

Rep. Charlotte Warren of Hallowell posted to Facebook earlier this month saying straight, white men "are too emotional to be in politics."

The post inspired protests at the Maine State House and a rebuke from Rep. Joel Stetkis of Canaan, the assistant House Republican leader this week.

“I fear that if nothing of real consequence is done in this matter, the message being sent by you erodes the public’s trust in this entire body,” he said.

Stetkis' effort to try to remove Warren from her leadership roles ultimately failed with even several Republicans defending her freedom of speech.

"If you don't agree with what the representative from Hallowell said that's fine, but she has the right to say it," Republican Rep. Lester Ordway from Standish said on the House Floor Monday.

Until now, Warren repeatedly declined requests for comment to other news organizations since the barrage of criticism.

"The post on my personal Facebook page was tongue-in-cheek and intended to poke fun at the long-held stereotype that women, people of color and queer people are too emotional to govern," Rep. Warren told NEWS CENTER Maine in a statement Wednesday.

"After hundreds of years of these groups being denied the right to participate in government and speak up as their authentic selves, my post was meant to encourage more people to engage in politics, not to dissuade others," Warren said. "I firmly believe our democracy is strongest when all people participate, no matter their sexual orientation, race, or gender identity."

Warren is currently in her fourth term in the legislature and serves as the a chairperson on the Criminal Justice and Public Safety Committee. She has been a vocal advocate for police reform in the state and called for the abolishment of the Maine Information and Analysis Center for years.

Since the ordeal, a small conservative movement has formed on social media, including police associations, calling on Warren to resign.

In her statement, Warren did not apologize for her post and instead thanked her fellow lawmakers for their support.

“I am grateful that an overwhelming, bipartisan majority of my colleagues in the House agreed to put this matter to rest," Warren said. "I hope that we can all return our focus to the issues that actually matter to Mainers, such as solving our housing crisis, making health care more affordable and protecting the young people in the child welfare system.” 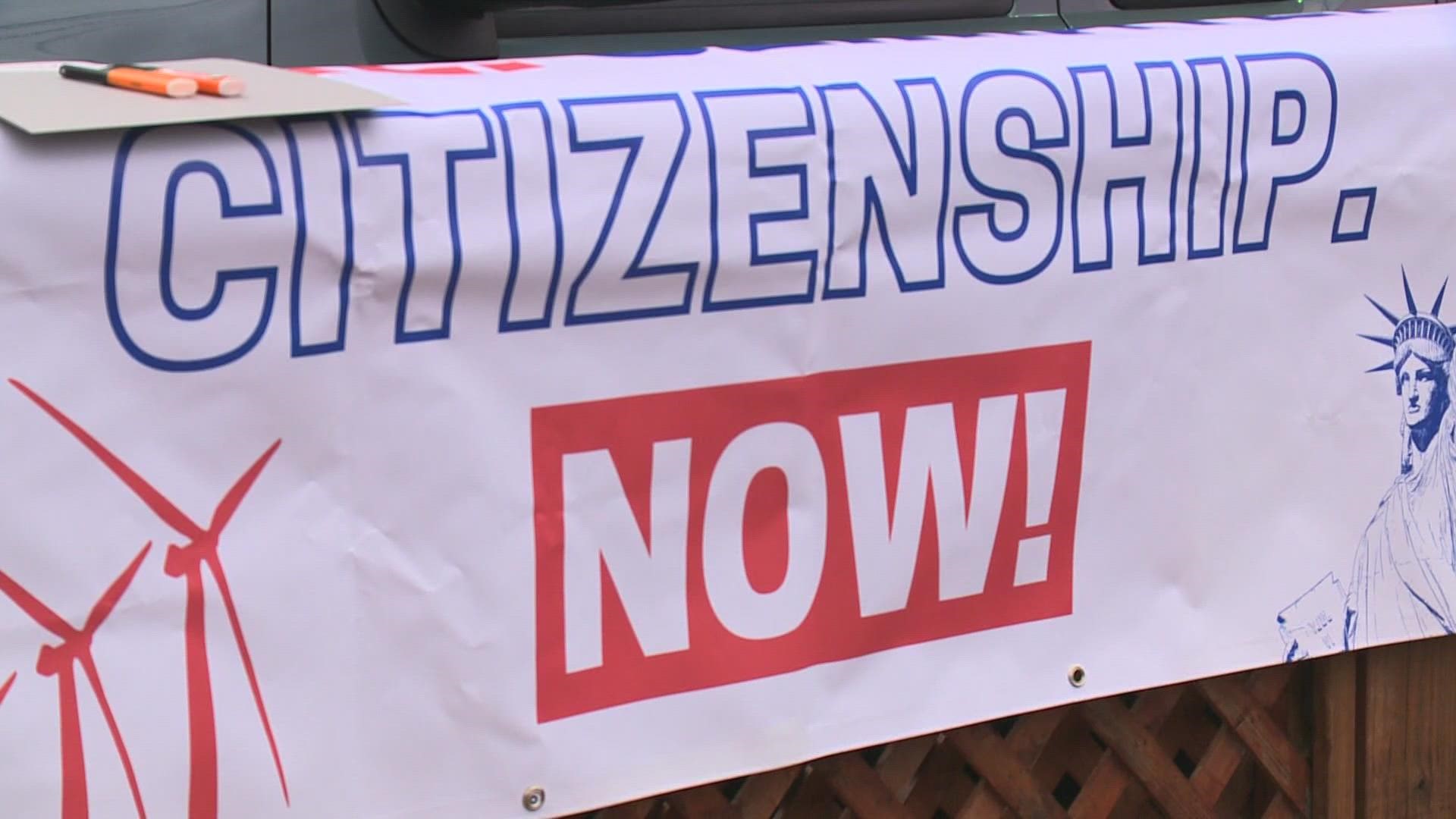