Jared and Izzy Golden took to social media Thursday to share their excitement of the pregnancy. 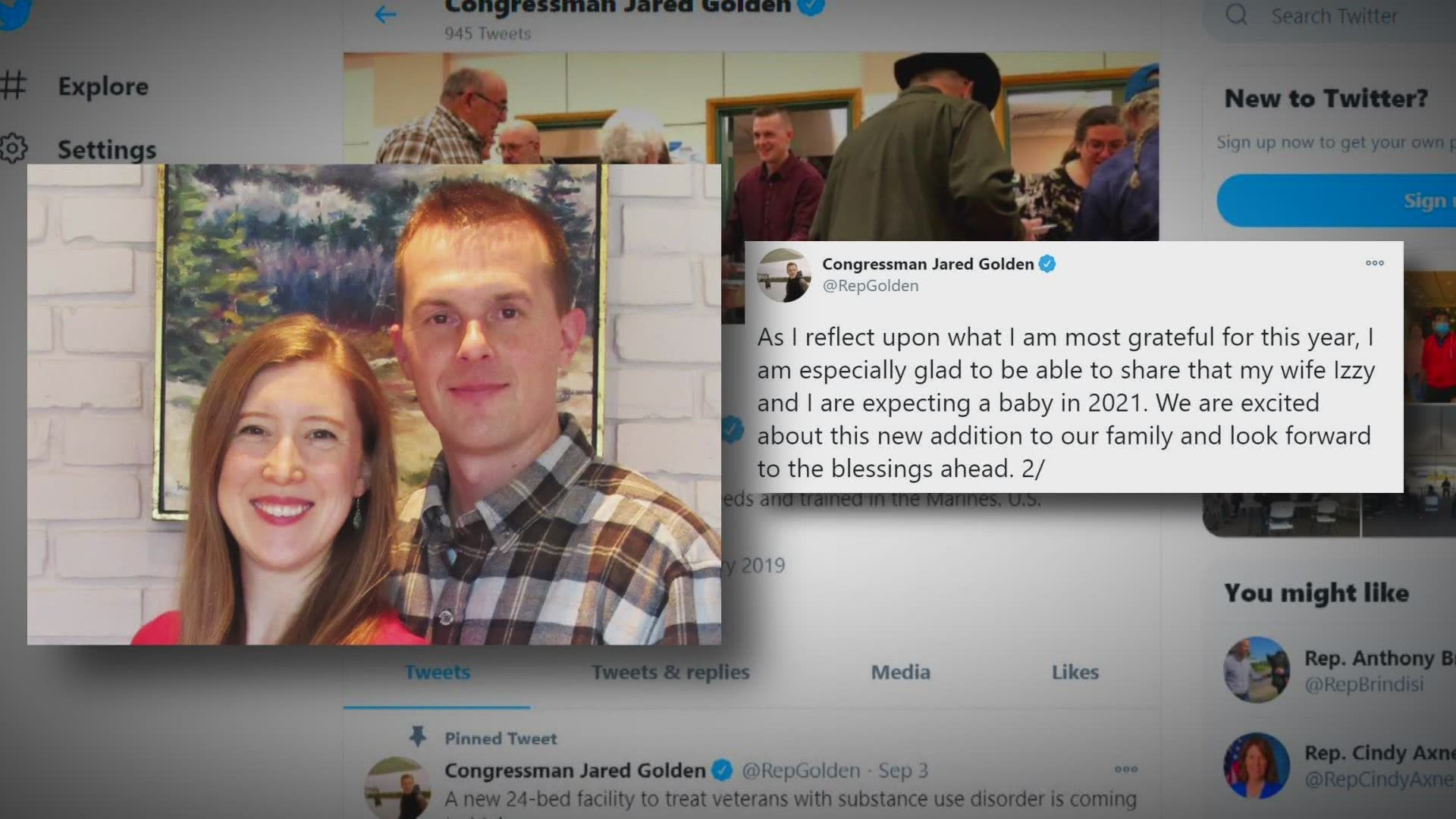 LEWISTON, Maine — Maine's junior congressman will have a new addition to his family in 2021.

"As I reflect upon what I am most grateful for this year, I am especially glad to be able to share that my wife Izzy and I are expecting a baby in 2021," said Golden in social media postings. "We are excited about this new addition to our family and look forward to the blessings ahead."

Congressman Golden told the Sun Journal they knew before election day but decided against announcing. He said some in his campaign thought it might help with the election. Golden said he wasn't about to do that.

"We're a little more private than that," he told the Sun Journal.

Golden met his wife Izzy after returning from his service.

In November of 2018, Golden told NEWS CENTER Maine that a string of events led to meeting his future wife.

During the year after his discharge, Golden would work at the RV Super Center and George's Pizza in Auburn. A chance meeting with a Bates Dean began the process of a transfer from UMF to Bates, where he was the oldest and only student who was a military veteran.

He did not shave or cut his hair for a year. During that year, he visited a poli-sci class to talk about his service in the Middle East. There, he was watched closely by a young undergraduate named Izzy Moiles.

They would not get to know each other until after college, but in 2015, they would marry.

Izzy is truly a political wife, having served on the Lewiston City Council. They met when he was campaigning for the Legislature.

The Goldens told the Sun Journal they know the sex of the child, but they aren't ready to share quite yet.