The committee met face-to-face for the first time in over a year Wednesday. 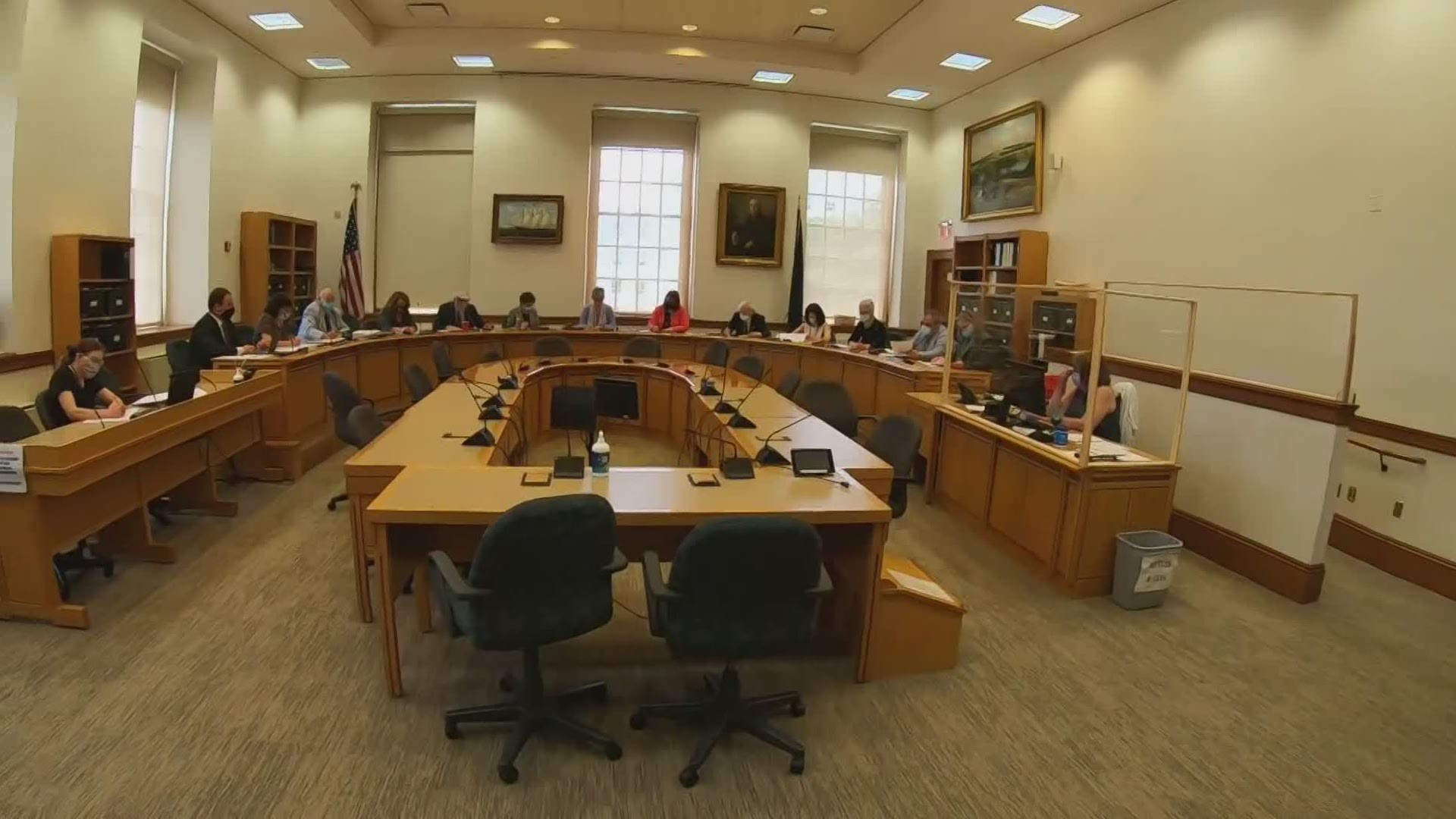 AUGUSTA, Maine — Senator Cathy Breen opened the meeting quietly, despite the milestone moment. For the first time in more than 14 months, the Appropriations Committee was meeting, in person, in one room.

“We are turning a corner today, that we are gathered around the horseshoe,” said Breen, referring to the U-shaped desk where the committee normally meets, referred to by the nickname “the “horseshoe."

Members have said for months the work of crafting a budget would be easier, and agreement more likely, if they could meet in person. That theory will be tested over the coming days, as committee members need to reach iron what some are calling the "Part 2 biennial budget," in time for the full Legislature to adjourn as planned on June 16.

On the last day of March, the Legislature passed the primary new budget referred to by Gov. Janet Mills as “Part One”. That $8.3 billion package funds state services at roughly their current level for the next two years. The Part Two budget is for new programs and expanded services. It's also for new money. The state is projected to have a revenue surplus of more than $900 million for the next two. Gov. Mills has proposed a wide range of spending that would use most of that money, plus out $52 million into savings. That’s the budget committee members need to put together, making changes as desired, before the full Legislature can vote on it.

“Our economy is roaring back and we have the opportunity to make a real impact for Mainers that are hurting, to advance school systems, to help towns and communities,” said Rep. Teresa Pierce (D-Falmouth, the co-chair of the committee.

The biggest portion of the proposed budget would go to education. Gov. Mills wants to finally make good on a 17-year-old decision by referendum votes to have the state pay 55 percent of the cost of local schools. That, plus more funding for higher ed and school construction equals roughly a third of the total budget amount.

“This is a great opportunity so we should all be able to come together and figure how to move that forward,
Pierce said.

Republican leaders say they agree with increasing school funding, and with increasing the amount the state sends to towns and cities in revenue sharing—one of the other major pieces of the Governor’s proposal. Republicans say they also want a larger increase in funding for nursing homes and direct care worker pay, along with an income tax break to match one given in the supplemental budget to people on unemployment.

“We would like some money for the older folks in nursing homes and would like to give a tax break to the folks who got up in the morning and went to work through the pandemic,” said Sen. Paul Davis (R-Piscataquis) a GOP committee member.

Davis and Pierce both said the parties have started negotiating, but would not predict they will reach a bipartisan agreement—something Gov. Mills has said she wants.

“I am always hopeful that’s all I can say,” said Davis.

“As long as we keep open minds and focus on what’s best for Maine people we can do it,” said Pierce.

The Committee also needs to hammer out final details of a bill to spell out how Maine will use more than $1 billion in federal COVID relief funds. Gov. Mills outlined her plan for that money more than a month ago, but the committee has not yet put its own stamp on the plan. That, too, must be done in time to vote on it by June 16.