Gov. Mills also paid tribute to Mainers who lost their lives to COVID-19 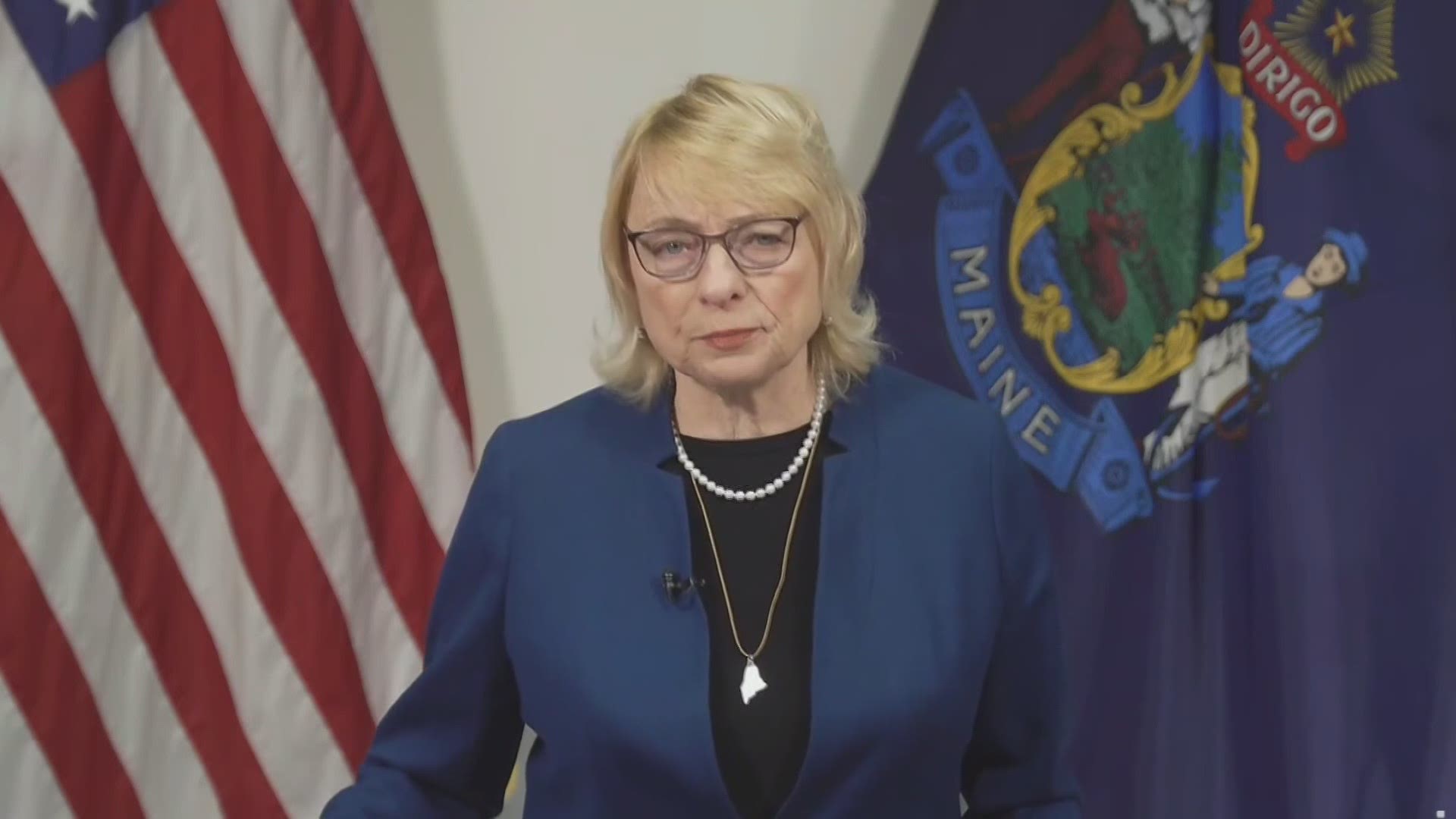 AUGUSTA, Maine — In her State of the Budget Address Tuesday night, Governor Janet Mills focused on health care, education, and the Maine economy, saying that her budget proposals maintain stability in these areas during a time of uncertainty and put Maine on a path to economic recovery.

The Governor spoke on the importance of her Administration’s focus on health care, education, and the economy, highlighting proposed investments in Maine’s public health infrastructure and education funding to support Maine children. She rejected calls for sweeping budget cuts or efforts to reach into the State’s savings.

“This pandemic has not changed those priorities but, rather, only underscored their importance and the importance of our investments in them,” she said.

“Now is the time to maintain those investments,” Gov. Mills said. “I agree that State government cannot be all things to all people all the time. But history has shown us that we cannot cut our way to prosperity. During emergencies such as this one, people depend on us to protect children, to secure health care, to safeguard educational and career opportunities and to protect the most vulnerable of our citizens.”

To accelerate Maine’s economic recovery, get people back to work, and diversify Maine’s economy, Mills also announced that, in the coming weeks, her Administration will present to the Legislature a “Back to Work” bond proposal. The proposal draws on Maine’s 10-year Strategic Economic Development Plan as well as recommendations from the Governor’s Economic Recovery Committee.

“I want to diversify our economy, providing good-paying jobs in every corner of this state and opportunity for all Maine families. I want a future in this state for every Maine child […] and I want our young people to know that they don’t have to leave the state to get a first-class education and to find work that is gratifying, useful and financially rewarding,” the Governor said.

Watch the full address below:

The Governor previewed some of the proposal, including:

The Back to Work proposal will also include investments in roads and bridges, working lands and waterfronts, research and development, and energy efficiency.

The Governor also announced that in the coming months her Administration will launch a pilot of the Maine Career Exploration Program, a key recommendation of Maine’s 10-year Economic Development Plan, in Franklin and Somerset counties to provide scholarships and paid internships for local students with local employers.

In her remarks, Mills paid tribute to the strength and determination of Maine people, saying, “we’ve been through a lot these past twelve months, and perseverance will see us through these times, no matter who we are or where we live.”

She also honored the more than 500,000 Americans, including 660 Maine people, who lost their lives to COVID-19 and who were “friends, loved ones and neighbors, each with a life that had meaning and purpose.” She recognized the widespread impact the pandemic has had on Maine people, noting “everything we have known, everything that was so familiar, so much was canceled, modified, restricted.”

The Governor applauded the collective efforts of Maine people and businesses who have adapted to those challenges and stepped up time and again to support their neighbors, saying, “During this pandemic, despite risks to yourself and the adversity of our time, and through courage, compassion and perseverance, you have helped our state succeed.”

According to Moody’s Analytics and CNN Business’s “Back to Normal Index”, Maine is best in New England, and 15th best in the nation, in returning to pre-pandemic economic activity.

In closing, the Governor spoke of the recent landing of NASA’s new Mars rover, appropriately named Perseverance, whose “fiery entry through the Martian atmosphere was made possible by heat shield materials produced by a company in Biddeford, Maine.”

“For now, Perseverance has put Maine on the map,” Mills said. “For now, perseverance is also our prerequisite for the future, our password to success, our passport for getting our state back on track. With that perseverance, our state will prevail.”

The address quickly gained reaction across the state Tuesday night from Democrats and Republicans.

"The best way to honor and do right by Maine people after a year of uncertainty and pain is to address the problems within our state head-on," Jackson said in a statement. "My colleagues and I have already begun working on these critical issues in the Legislature, and we look forward to partnering with the governor to deliver for Maine people."

Others in the democratic leadership echoed that message.

"The budget demonstrates the governor’s commitment to making progress for Maine families, while working to rebuild our state’s economy.," Speaker of the House Ryan Fecteau said in a statement. "We’ll remain laser focused on giving our children an excellent education from early childhood onwards, increasing access to affordable and accessible healthcare, making smart investments in broadband and childcare, expanding our workforce and putting Mainers back to work, while lowering property taxes."