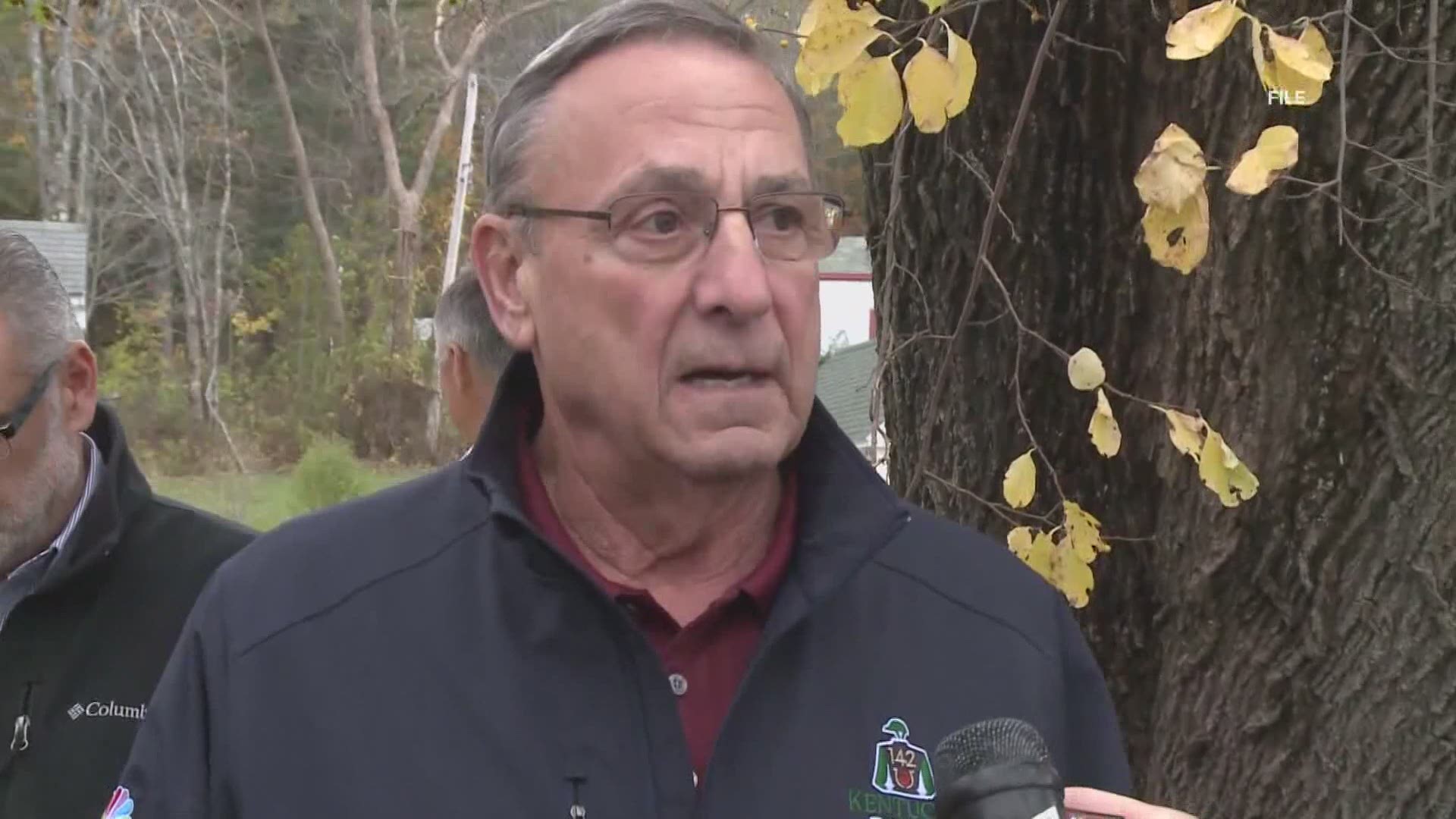 "Maine faces several challenges and we must work toward building a better future based on individual liberty, fiscal responsibility, and an economy which empowers everyone including our rural communities," he said in a release. "We simply cannot continue to look to Washington, DC for bailouts, subsidies or leadership."

The announcement was not unexpected. On Friday, LePage registered as a candidate to unseat Democratic Gov. Janet Mills.

On Thursday, a countdown appeared on his new website, hinting at an announcement in the coming days.

LePage had moved to Florida to enjoy warm weather and lower taxes after leaving office, but in July of 2020 reestablished his residency in Maine, following through on his vow to return to the state where he was born. LePage, 72, now lives in Edgecomb.

Mills was elected in 2018, becoming Maine’s first female governor. Her time as governor has been largely dominated by the coronavirus pandemic and resulting economic hardships. When Mills began fundraising her for reelection campaign in March, she touted her leadership and Maine’s success through the pandemic.

“We have been through a lot, but I still believe the best chapter in our state’s history has yet to be written, and I want to write it with you,” Mills said in one of her first fundraising emails. “Thank you for always being a part of my team, and standing by my side.”

In response to LePage's announcement to run, Gov. Mills' campaign released a statement saying, "As Attorney General and as Governor, Janet has gone to work every day to fight for the lives and livelihoods of Maine people. She knows that growing a strong economy in every corner of Maine means investing in our greatest asset: our people. That's why she expanded health care to more than 75,000 Maine people, made historic investments in our education system and broadband expansion, provided property tax relief, and is fighting climate change and ushering in clean energy jobs -- all while leading Maine through a global pandemic with near best-in-the nation results. Governor Mills has delivered for Maine people time and again, and she is just getting started.  As we put this pandemic behind us, she will continue her fight for all Maine people and for a welcoming, stronger, more prosperous state.”

LePage and Maine Republicans have been vocal in their criticism of Mills and her response to the pandemic. In 2020, LePage told a radio talk show that Mills “ought to resign” over her plan for reopening the state’s economy.

Following Monday's announcement, Drew Gattine, chairman of the Maine Democratic Party, issued a statement saying in part that he served in the Legislature while LePage was governor and watched him "veto efforts to expand health care, weaken our public health infrastructure, and take money away from towns and municipalities, driving up property taxes and making it harder for Maine people to get by."

"A third term of Paul LePage would only take us backward," Gattine said.