Fecteau wins House Dems nomination for Speaker of the House

Rep. Ryan Fecteau won the House Democratic nomination to be the new Speaker of the House for the 130th Legislature. 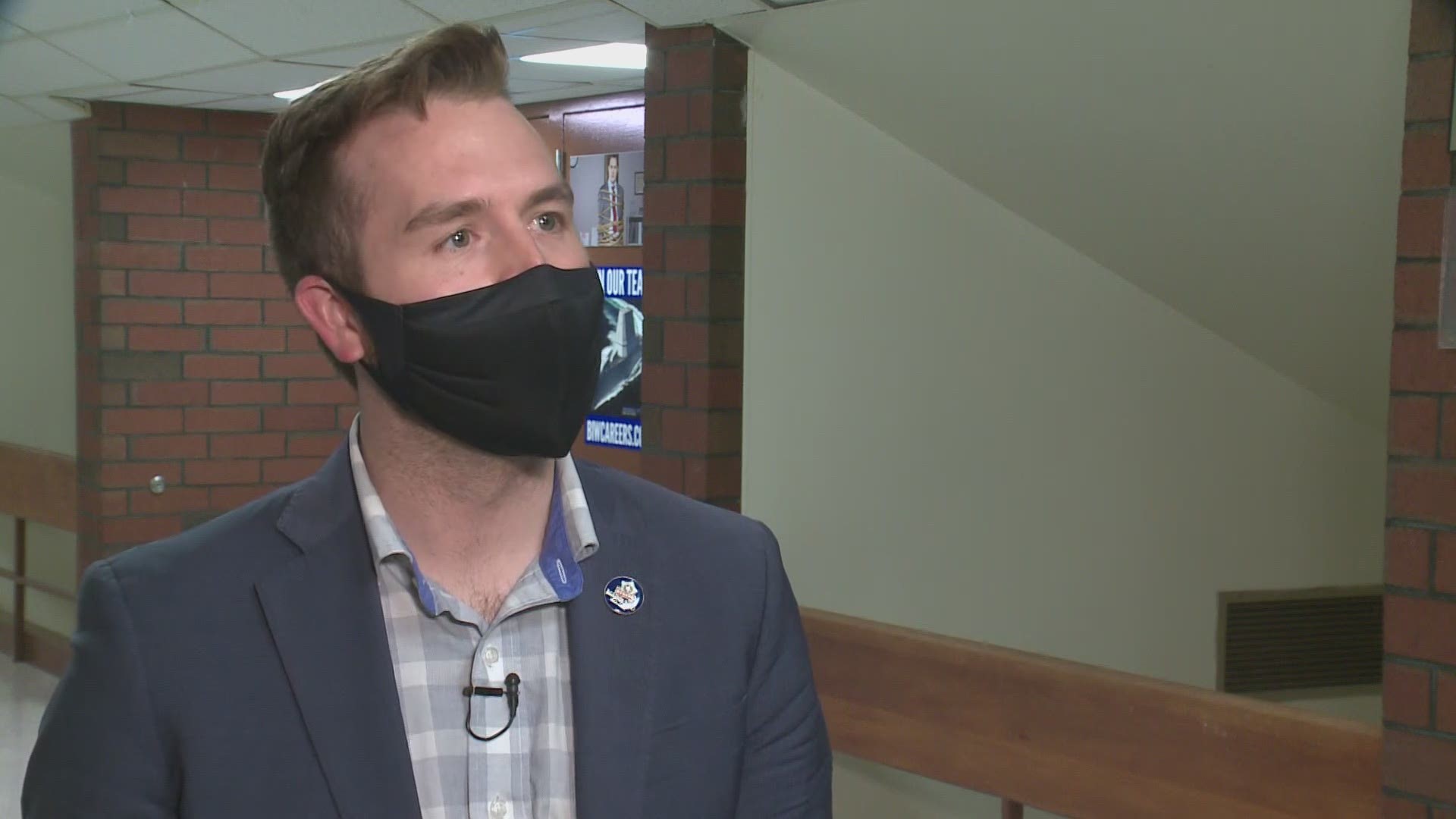 AUGUSTA, Maine — On Thursday, Democrats in the Maine House of Representatives nominated Rep. Ryan Fecteau, D-Biddeford, to serve as the Speaker of the House for the 130th Legislature. Fecteau defeated Rep. Seth Berry for the nomination.

Since Democrats hold the majority in the House, Fecteau is essentially guaranteed of being elected. He will replace current Speaker Sara Gideon, who had reached her term limit. Fecteau will be formally elected by the full House when the session is convened on Dec. 2 at the Augusta Civic Center.

“I am humbled to receive the House Democratic nomination to serve as Speaker of the House. Should I receive the support of the full Legislature, I pledge to do all I can to unite our members across parties and to improve the lives of Mainers from every corner of the state,” Fecteau, 28, said in a statement. “I am proud of the work we did in the 129th Legislature, but there is so much more to do to help Maine businesses thrive, to expand access to health care, to provide students the best education and to support families.”

Sara Gideon held the role of Speaker for two terms, but due to term limits and her bid to unseat Sen. Susan Collins in the U.S. Senate prevented her from running for re-election. Melanie Sachs won Gideon’s seat representing Freeport and part of Pownal in the Nov. 3 election.

Fecteau, who is entering his fourth term in the House and served one term as Assistant House Majority Leader, got Gideon’s blessing as he’s poised to fill her role.

“I want to offer my heartfelt congratulations to Rep. Ryan Fecteau. Serving as Speaker of the Maine House has been an incredible honor and an awesome responsibility and I’m confident that Ryan will be an excellent Presiding Officer,” Gideon said in a statement. “Working alongside him the past two years allowed me to witness his natural leadership capabilities and his dedication to the people of Maine. I wish him every success as he takes on this new role.”

“He knows what he believes in, and he will always fight for what is right,” Moonen said. “Ryan is a leader who can help Maine through the immense challenges we are facing as a result of the pandemic, and who can address the needs of the State and all who call it home.”

I am humbled to receive the House Democratic nomination to serve as Speaker of the House. pic.twitter.com/7iGy6OMKCi

During his time in the Legislature, Maine House Democrats say Fecteau “has focused on being a strong voice for seniors and the LGBTQ community, standing up for public education and making Maine more attractive for young people to work, live and raise a family.”

Fecteau said, “Especially as the COVID-19 pandemic continues, we will have to come together and work harder than ever for Maine people. Whether as Speaker of the House or in my role as a state representative for my hometown, I will do just that.”

In the Senate, Republicans on Wednesday selected Sen. Jeff Timberlake to be Minority Leader and Sen. Matt Pouliot as Assistant Leader. Democrats in the Senate had already elected Troy Jackson as Senate President.

Democrats will have an 80-67 edge in the House and a 22-13 edge in the Senate. The full Legislature is scheduled to be sworn in on December 2.