The Maine Legislature elects constitutional officers and with Democrats in the majority, that party will likely fill those positions. 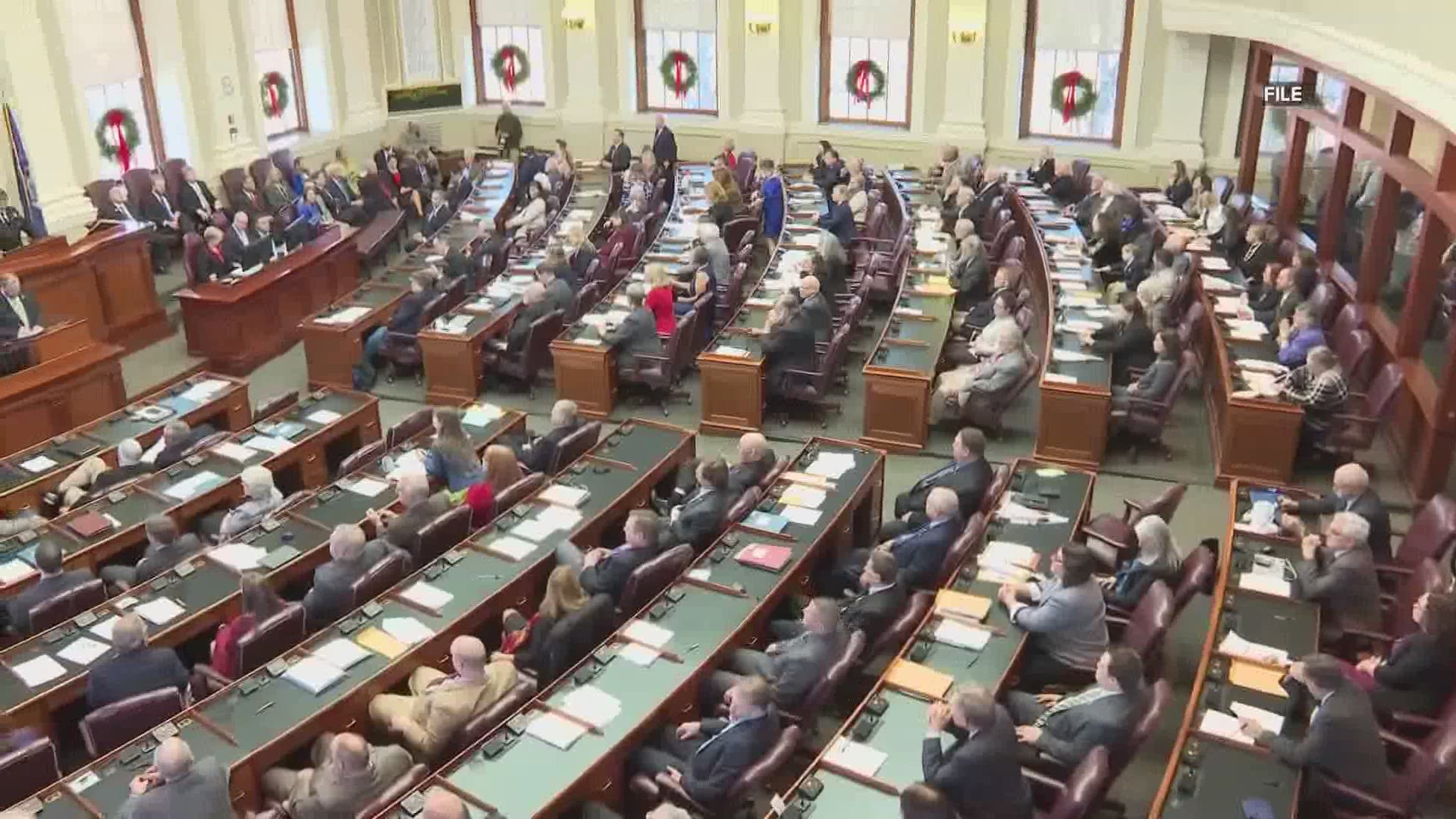 AUGUSTA, Maine — Democrats in the new Maine Legislature will meet Tuesday to decide who should be the new secretary of state.

In Maine, the Legislature elects the Constitutional Officers -- Secretary of State, Attorney General, State Treasurer and State Auditor. Because Democrats are the majority party in the Legislature, they are virtually assured of having their candidate elected.

Six Democrats are vying to be secretary of state:

Current Secretary of State Matt Dunlap will leave the job at the end of this year because of term limits. Dunlap has served a total of 14 years in the office, first three 2-year terms, then a break from 2011-2012 when Republicans controlled the Legislature, then four consecutive terms from 2013 through 2020. The limit is four consecutive terms.

The secretary of state oversees elections, voting and referendum issues, the Department of Motor Vehicles, the corporations division, and the state archives. Former Secretary of State Bill Diamond, now a state senator, says it is ”the best job in state government," but also says the department affects virtually every person in Maine in some way.

As a result, he says that while the secretary typically comes from the political world, he or she needs to scrupulously avoid any hint of partisanship.

"I think it’s the most crucial part of the job of the secretary of state is [not being] perceived by the public as being partisan, favoring one party over the other, pushing an ideology. Then the confidence in that person and the office will unravel very quickly.,” said Diamond.

Democrats will caucus Tuesday afternoon to choose their nominee. The new 130th Legislature will be sworn in on Wednesday and will elect constitutional officers that afternoon.

Maine is one of only three states that elect their secretaries of state. The others are New Hampshire and Tennessee, according to Dunlap. Most other states have the position elected by statewide vote, while some are appointed.