By passing the proposed $8.3 billion budget before April 1, Democrats would only need a simple majority vote. 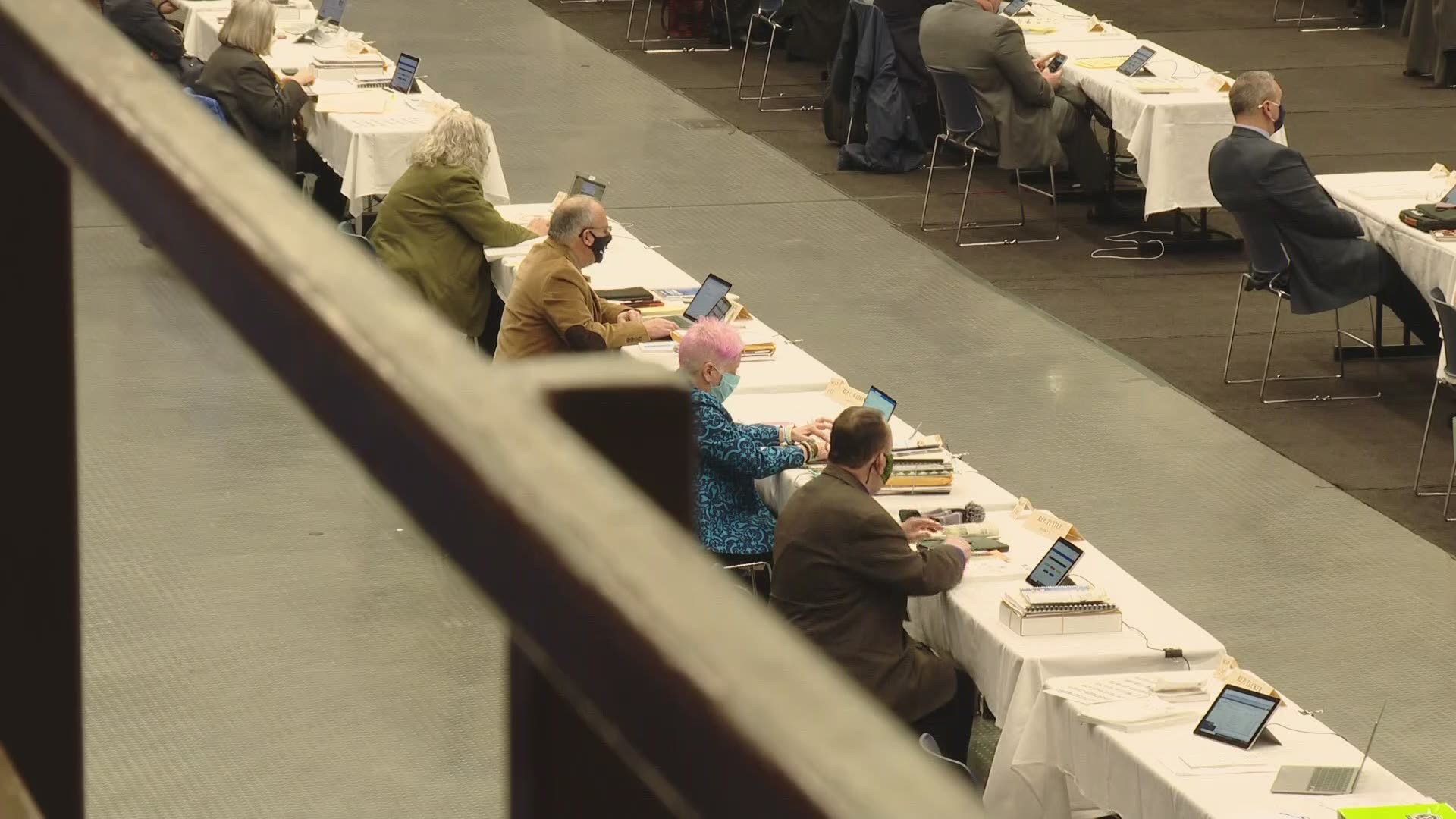 AUGUSTA, Maine — The Maine Legislature may be headed for a brief, feisty and unexpected budget debate.

Just a few weeks after passing a supplemental budget, Democratic leaders announced they intend to pass a new, two-year state budget by the last day of March—at least two months sooner than expected.

Typically the new, two-year budget doesn’t get settled and passed until near the end of June.

But Democrats say they want to pass what they call a basic, hold-the-line budget with essentially the same programs and same amount of money as the budget passed by lawmakers two years ago.

Sen. Cathy Breen (D-Falmouth), chairwoman of the Appropriations Committee, said that would amount to $8.3 billion.

The intent, said Senate President Troy Jackson, is to ensure a smooth and uninterrupted operation of state government, with no worry of a last-minute budget fight in June.

“In the worst crisis in Maine history, (to make sure) that people have as much security and predictability as possible by just passing the basics of the budget, and then we can come back and discuss all the other things coming from the federal government all the legislation we have,” Jackson said.

The target date of March 31 is no accident.

In a typical budget process, lawmakers pass a new budget in late June, and do so with a two-thirds majority vote, allowing it to pass as an emergency measure and take effect immediately.

That allows the required new budget to start with the new fiscal year on July 1.

However, by passing the budget before April 1, Democrats will only need a simple majority vote.

Bills passed by a majority (and signed by the governor) take effect 90 days after the Legislature adjourns.

Since Democrats control both the Senate and the House, they could then officially adjourn the session, and have the new budget still take effect by July 1, after the 90 days.

As for all the other bills awaiting action, leaders could then presumably call lawmakers back for an extended special session to take on all the remaining work.

That process has been used a few times before over the last few decades, each time when Democrats were in the majority.

It has always generated anger from Republicans and partisan discord because it effectively cuts the GOP out of the final decisions.

As the minority party, Republicans have limited clout, except when a two-thirds vote is needed to pass an emergency measure.

That usually allows them to have some influence on the budget and provides some leverage for their priorities.

That was in evidence earlier this month during the supplemental budget debate when Republican opposition threatened to stop passage until a late-night compromise was reached.

But if Democrats pursue a majority budget, the GOP will have little opportunity or leverage to force changes.

Democratic leaders say new spending requests could be considered in a special session, but there is no word whether those would require majority or “supermajority” votes.

The exception would be any other emergency measures and any new voter-approved bonds, which would also require a two-thirds vote.

A significant number of Republicans supported the current budget when it passed two years ago, but there was no word from party leaders Tuesday on the Democrats’ plan.

GOP members plan a press conference for Wednesday morning at 10 to share their reaction and their plans.