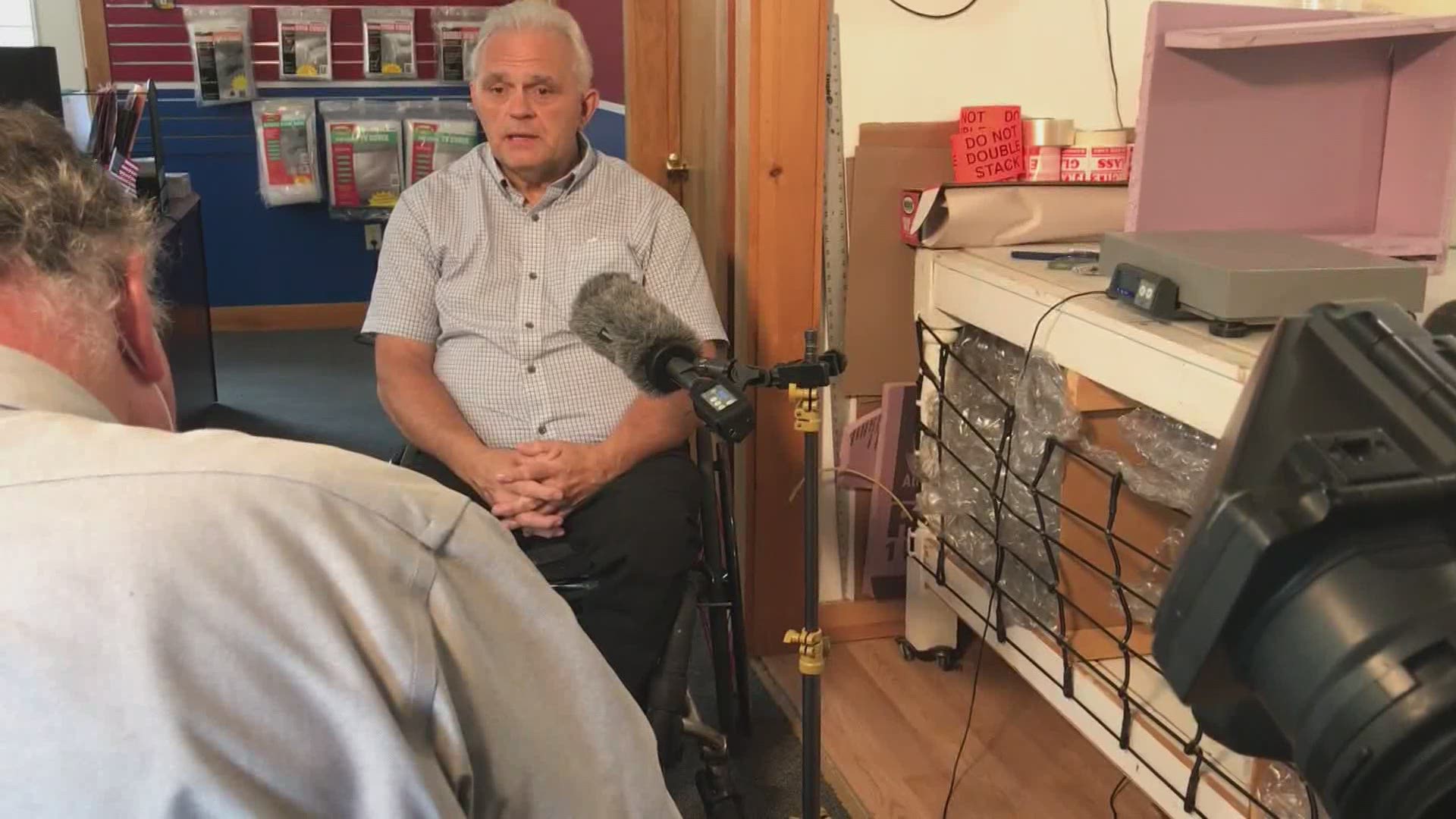 AUGUSTA, Maine — There wasn’t much doubt ahead of time what the result of the Second District GOP ranked choice vote count would be. Dale Crafts had a comfortable lead after primary night, and his two opponents had conceded already. However, the law requires eligible candidates who don’t get more than 50 percent of the initial vote to go through a ranked choice count.

The computer ran the RCV algorithm Tuesday morning to remove all doubts. Crafts ended up with more than 58 percent of the vote, Adrienne Bennett was second with 42 percent.

Crafts is a conservative former legislator, who was recruited to run and supported by former Governor Paul Lepage. The primary win sets up what will likely be a tough fight for the huge second District. Four years ago, the seat was won by Republican Bruce Poliquin and the district also voted for President Trump. Two years ago, it swung Democratic as Jared Golden won, in a close ranked choice decision.

Crafts says that with this being a presidential election year and Trump on the ballot, he thinks he has an advantage.

“As we saw, the last election between Poliquin and Jared, there was a big wave, a blue wave…so I think there’s a different swing now, I think it will be a red wave.”

The Second District is close politically. Democrats outnumber Republicans by around 5,000. 158,000 to 153,000, according to numbers from the Maine Republican Party. Like the rest of Maine, there are more unenrolled or independent voters –roughly 191,000—than in either political party.

Jared Golden was in Washington Tuesday and was not available for an interview, but his campaign spokesman sent a written statement reading, in part, “Congressman Golden isn’t concerned about the November election, he’s focused on doing the job he was elected to do in Congress.”

The statement went on to say Golden was working on issues of national defense, jobs for Mainers at Bath Iron Works, and helping veterans.

Golden’s spokesman also suggested the race for President cited by Crafts as an advantage could work the opposite way, with Democrats intent on defeating President Trump pushing CD 2 voter turnout as much as pro-Trump voters.

Crafts says there are sharp differences between himself and Golden, and Golden’s spokesman agrees. With both parties intent on keeping or winning back the CD 2 seat, the race between Crafts and Golden could become another intense battle.

With just two candidates in the race, however, it will not require ranked choice voting.