There are also two lawsuits currently in court that seek to block the controversial project. 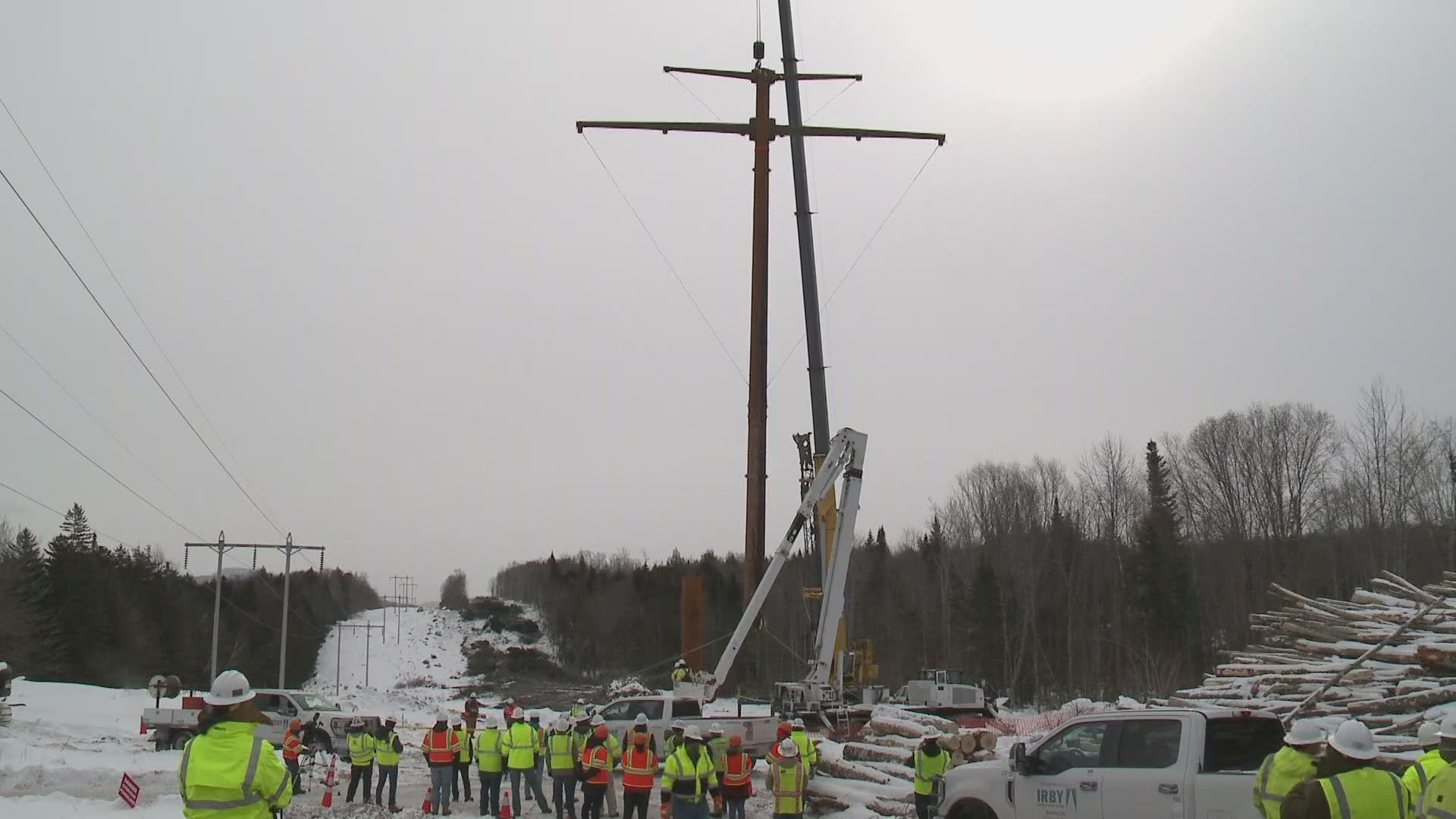 AUGUSTA, Maine — Maine Secretary of State Shenna Bellows said she is confident the wording of this fall’s referendum question on the NECEC Corridor will stand up in court.

On Thursday, State Rep. Chris Caiazzo filed a lawsuit against the Secretary of State, arguing the referendum should be split into three questions instead of one.

Caiazzo, who supports the corridor project, filed the suit in collaboration with Clean Energy Matters, the group created by Central Maine Power to advocate for the corridor. Clean Energy Maine is paying for the lawyers to handle the suit.

The suit argues that Maine law requires referendums with multiple issues to be divided into separate questions.

The current question, as written by Sec. Bellows, puts all those questions into one:

But Caiazzo, and Clean Energy Maine, say those issues are distinct changes to state law and need three separate questions:

“This isn’t about whether we should have a citizen referendum,” Caiazzo said.

“I firmly believe we should have a referendum. It's really about what information is being presented to the people of Maine so they can have the best information possible when they cast their vote.”

The leader of the petition drive that created the referendum, however, said the question, as written, is fine the way it is.

Tom Saviello said Caiazzo and the corridor supporters are simply looking to confuse voters, to help defeat the measure.

“We knew they would try to challenge this, it's not a surprise and just an attempt from them to muddle it up and confuse people and so forth,” Saviello said. “We’re winning, they know we’re winning,” he added.

Secretary Bellows will be defended in the suit by the Attorney General’s office, which she said was consulted as they decided how to word the referendum question.

The corridor proposal is also facing two other, ongoing lawsuits, challenging different permits for the project.