Collins hopes for another term to keep helping 'Maine and America'

Collins says she continues to be one of the few moderates in the Senate, which has been key to bringing warring parties together to resolve issues, 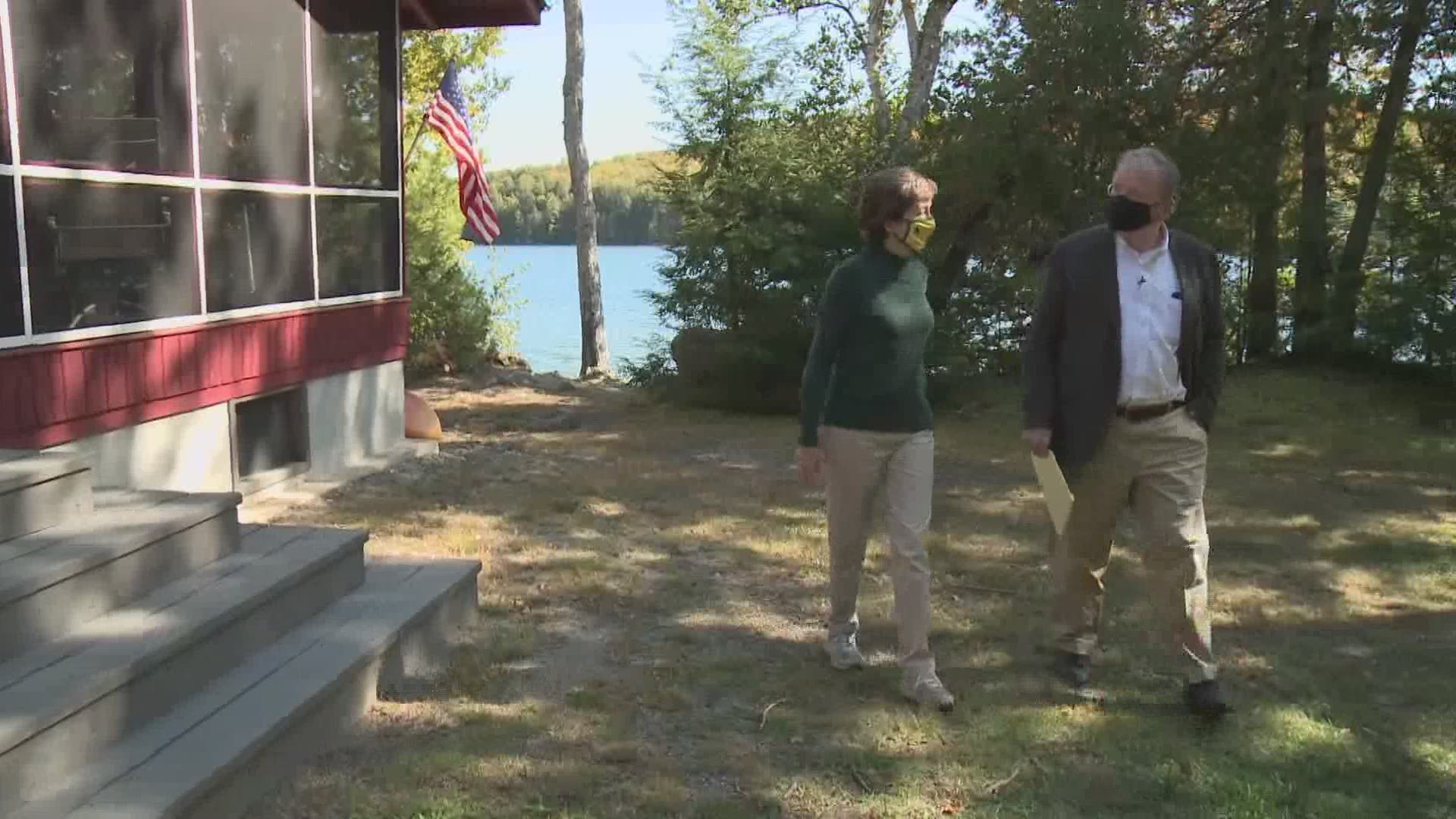 LINCOLN, Maine — After four victorious elections and 24 years in office, Republican U.S. Sen. Susan Collins says the country’s political atmosphere has changed, putting her in the political fight of her career.

When asked why she even wants another Senate term, given the current atmosphere, Collins joked that her husband asks her that same question, before getting serious about how difficult the campaign has been.

Collins said her campaign has seen "blatant lies on TV and the barrage of out of state, dark money [and] negative campaigning against me that impugn my integrity.”

Collins has had tough campaign challenges in the past, notably from then-Congressman Tom Allen in 2008. But this campaign against Democrat Sara Gideon is different. Collins is being massively outspent by her opponent, who in the third quarter (July-September) raised four times more money than Collins.

By October 1, Gideon had raised more than $63 million for her own campaign, while Collins has raised a little over $25 million. And outside groups had spent a combined $70 million on top of those unheard-of amounts, making Maine one of the most expensive Senate races in the country.

Most of that money has come from people and groups outside of Maine because the Maine Senate race is a national fight, arguably a referendum on President Trump and seen as a key race for Democrats hoping to take control of the Senate.

“And it's so ironic that if you asked President Trump or Mitch McConnel, that they would burst out with laughter. I’m the Republican in the Senate who has opposed President Trump more than any other,” Collins said during an interview at her camp outside Lincoln.

Opposition to Collins began after Trump‘s election and the controversial tax bill in 2017. But it was Collins’ decision to support the nomination of Brett Kavanaugh to the Supreme Court that truly mobilized the opposition.

“And this is an example of my integrity,” Collins said. “I knew politically this would give the left a reason to go after me, but I don’t think decisions on who should sit on the supreme court should be made with an eye on the next election.”

Opponents did not agree. And Collins, who prior to Trump was considered one of the most popular Senators in the country, said she saw that support vanish into threats of violence.

“I went through all kinds of death threats in that period.… my car mysteriously burst into flames and was totaled. My husband and dog and my home were hit with a ricin [poison] threat," Collins said. "This has not been a pleasant two years, but I’m going to do what I think is right regardless."

Collins says she continues to be one of the few moderates in the Senate—centrists, as she calls them. She says her status has been key to bringing warring parties together to resolve on issues like ending the government shutdown. But Collins admits the center is getting small.

"Certainly my brand of centrist politics, where I act in a collegial way, I believe in civility, I believe in search or common ground is not the way politics is done these days."

Collins says she is proud of her record to help Maine, on issues ranging from fuel assistance to Navy ships, building new bridges, and even letting logging trucks use part of I-95.

“When people look at what I’ve delivered for the state of Maine they know that doesn’t come about unless you are able to work with people regardless of which administration, regardless of Democrat or Republican.”

Gideon continues to have a lead over Collins in most polls, but both campaigns are saying what a number of Maine political experts say: that the race is tight, and the Senate election could go either way.