Candidates turn to social media for campaigning amid COVID-19 pandemic 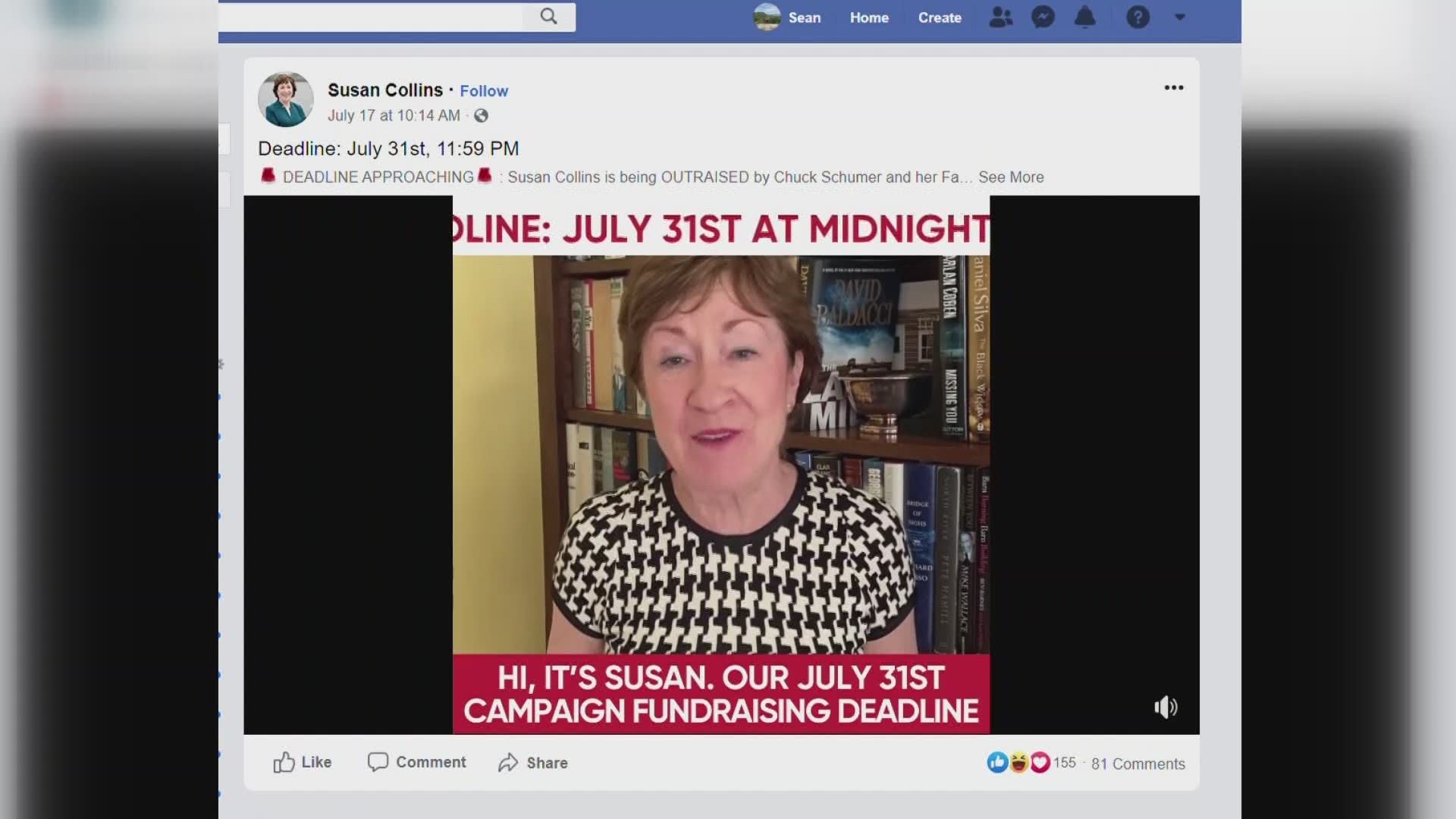 MAINE, USA — In the midst of the COVID-19 pandemic, candidates gearing up for the November have had to find new ways to connect with voters. With coronavirus restrictions in place across the state, it means those vying for office have had fewer chances to meet with voters.

"That in-person element of talking to people is so important," said Riley Ploch, digital director for the Sen. Collins campaign. "We really have had to amp up our online activity a lot. But we would rather be going to parades and things like that."

Ploch and his team have lead the initiative to connect with voters virtually for the Collins campaign. Maine's incumbent senator has met with constituents virtually through Zoom. It's something the Gideon campaign has had to do as well, shifting it's 'Supper with Sara' series online, and holding numerous town halls and round tables.

"Sara believes that Mainers deserve a senator who is accessible and understands what they're going through now more than ever, and that's why we've continued to find new and innovative ways to stay in touch with Mainers during the coronavirus pandemic," said Gideon's press secretary Will Simons.

I spoke with leaders of Allen’s Blueberry Freezer & Wyman’s about COVID-19's effect on Maine’s blueberry industry. Their success depends on the hard work of our blueberry farmers, whom I worked to ensure are eligible for $16 billion in agricultural aid provided by the CARES Act. pic.twitter.com/2l88MKRNKo

However, with national eyes on the race for U.S. Senate, the two major-party candidates have invested heavily in digital advertising.

"It's going to be expensive. You're going to see outside groups that are going to spend a lot of money in this race because it has national implications," said Bowdoin College Professor of Government Michael Franz.

Franz has analyzed campaign ads for 10 years as co-director of the Wesleyan Media Project. He says in recent years, candidates have shifted from a focus on TV advertising to a more diversified media strategy.

In the race for U.S. Senate, both Sara Gideon and Sen. Susan Collins campaigns have invested heavily in advertising on social media.

These ads have the potential to reach thousands. The numbers listed above are also just money spent on ads specifically from campaigns themselves. Multiple special interest groups have also paid for ads based around Maine's race for U.S. Senate.

Franz believes that this type of spending and the number of campaign ads on social media will soon the norm.

"This is just the beginning of what will probably be the most expensive race in the state's history," said Franz.

Franz also sites the ability to target ads on those social media platforms as a strong reason candidates are choosing to do so.