Bill would allow Sunday hunting, but not for everyone

Should hunting be allowed on Sunday in Maine? The age-old debate will once again take center stage in Augusta later this year. 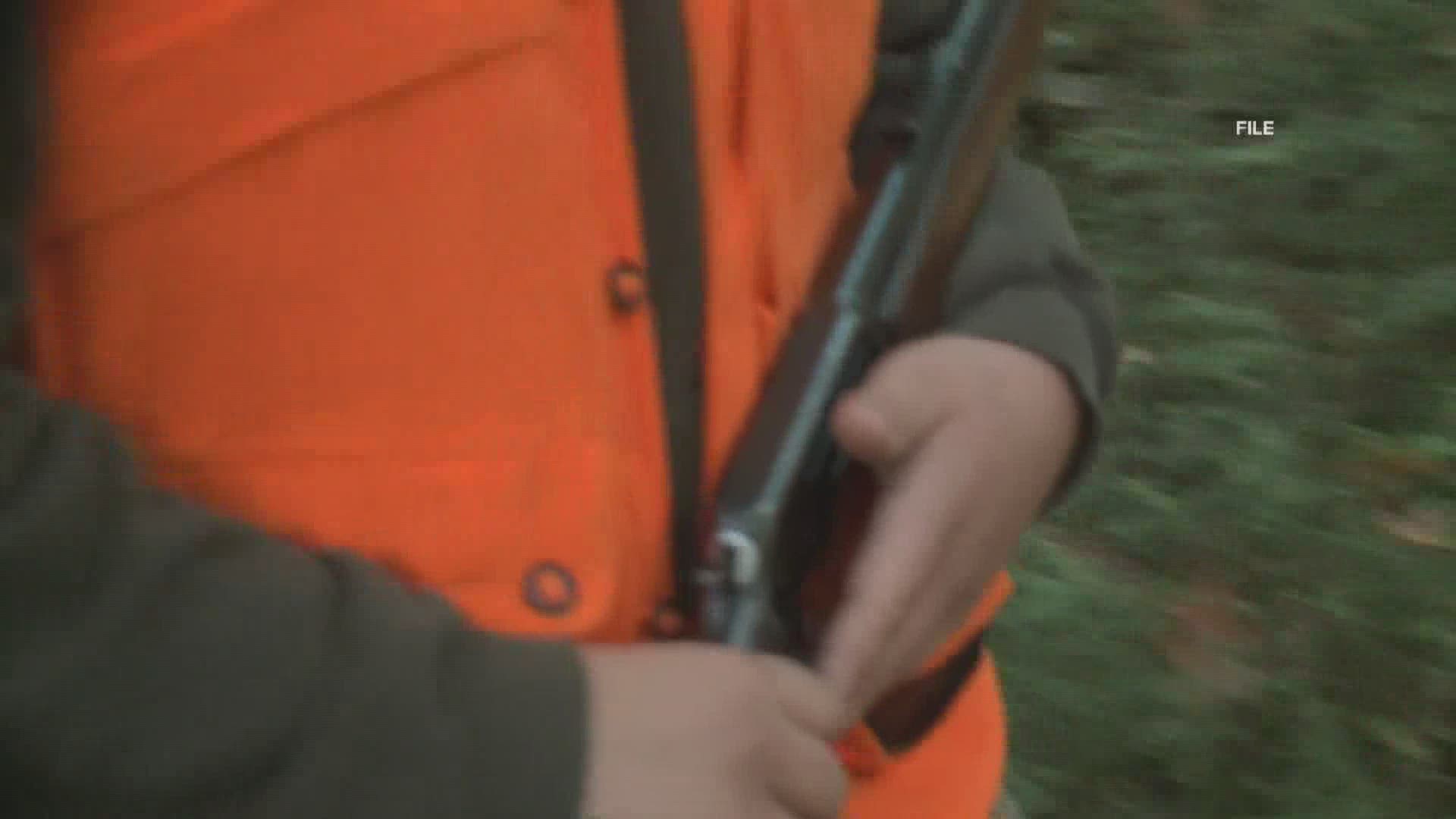 AUGUSTA, Maine — Should Maine open its woods to hunters on Sunday? It's an age-old debate that will once again take center stage in Augusta this year.

Currently, Maine and Massachusetts are the only states in the nation with blue laws prohibiting hunting on Sunday.

There have been several efforts to change this law in the past but so far all have been rejected.

Senator Jeffrey Timberlake is hoping to change that this year with proposed legislation, L.D. 1033.

"I'm supporting Sunday hunting for the first time in the 13 years that I've been serving with the legislature," Timberlake said. "It's not because it's my bill I'm supporting it, it's because I'm hearing from a number of people and we've found a way that I think bridged all the concerns."

The bill would give private landowners and anyone they give written permission to the right to hunt on Sunday. Timberlake says it would not apply to any other state land or parks. In addition, hunters wouldn't be required to post their property.

"I've heard from people who say 'I want to go ride my horse on my land without worrying about getting shot' -- well you don't have to worry about that," said Timberlake. "If you have land that you're riding on, then you don't give permission to hunt on your land on Sunday."

Timberlake says the response from constituents has been encouraging.

"I look at this is as a private right," said Timberlake. "You own your land, you pay your taxes, you want to be able to use it."

HEY MAINERS! I want to hear from you! https://t.co/4aluCxsKH3

We asked you at home to weigh in on the issue on social media. Hundreds of comments on our Facebook page show a range of emotions surrounding the topic. Some folks argued Sunday is the one day they feel safe walking in the woods. Others agreed with Timberlake and felt the taxpayer should decide what to do with their land. One viewer even suggested it be allowed but only to Maine residents.

The bill has not yet been scheduled for public hearing.