Bill could expand health care benefits to immigrants in Maine

The legislature’s Health and Human Services Committee voted Wednesday to advance the bill by a 7 to 4 vote. 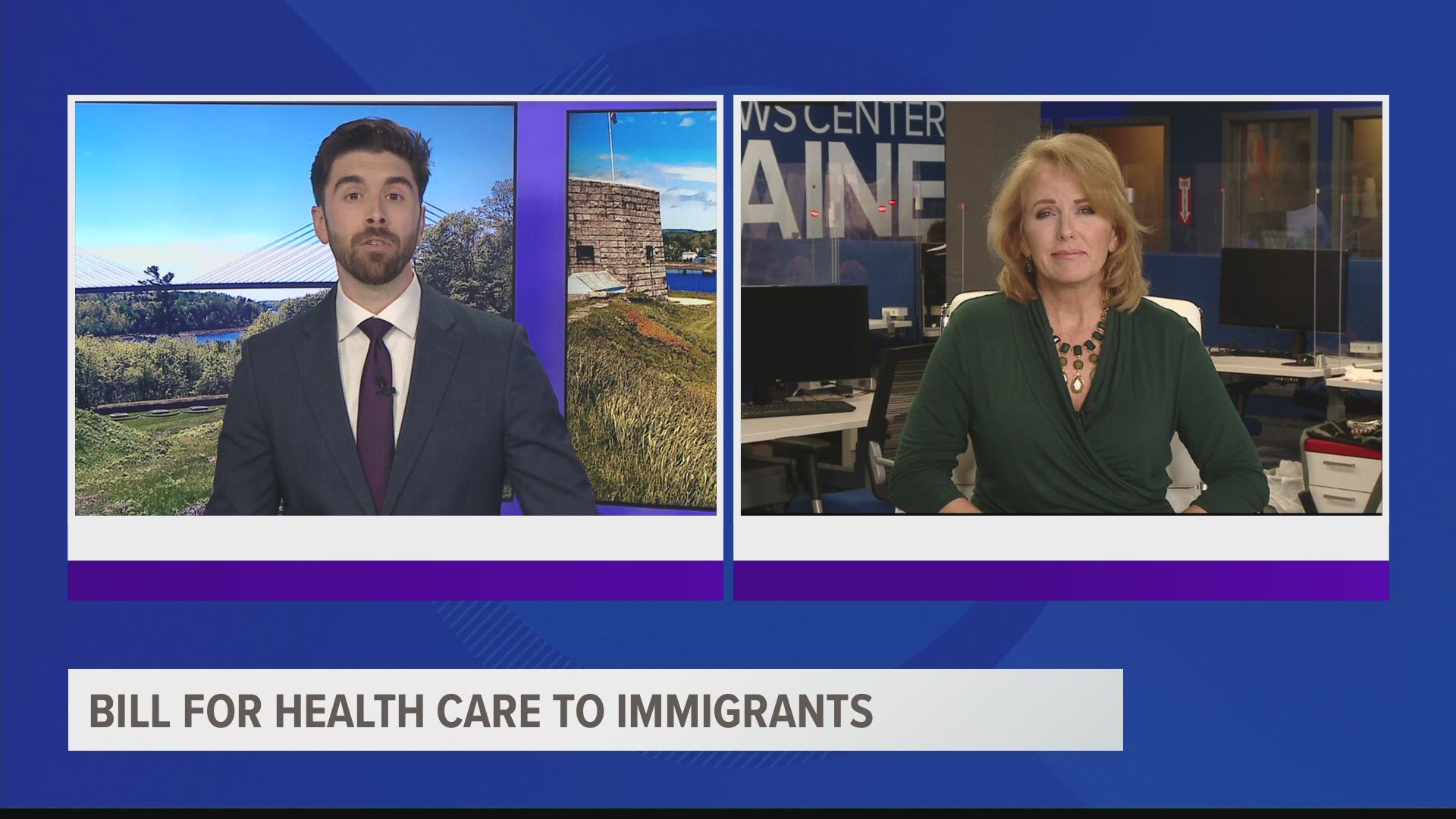 MAINE, USA — There's a bill working its way through the Maine legislature that could provide health care options to immigrants.

If approved, Bill LD718 could improve the health of Maine residents by closing coverage gaps in the MaineCare Program and the Children's Health Insurance Program.

Many of Maine's immigrants work in blueberry, potato, or broccoli fields at hospitality jobs, construction sites, shucking lobsters, providing care to the elderly, or to children.

Democratic Representative Margaret Craven of Lewiston said non-citizens are the backbone of our communities and voted in favor to reinstate the bill.

"This is a program that was in place since the 1990s, and during the LePage administration in 2011, he ended it," Craven said.

The legislature’s Health and Human Services Committee, which Craven belongs to, voted Wednesday to advance the bill by a 7 to 4 vote.

"The Republicans voted against it, and the reason they gave was that we should care of our own first, and I'm thinking, they are ours, they came to Maine, we want them to stay here because we have a real labor shortage," Craven said.

Gladys Diaz came to Maine from Honduras 14 years ago, she worked packing lobsters for four years and couldn't keep working because she was undocumented.

Diaz tells NEWS CENTER Maine access to healthcare is basically non-existent for her family and she worries every time a family member gets sick. She said she can't afford to pay the full cost of medical bills and makes home medical treatments for her family, when sick.

Crystal Cros is the executive director at 'Presente Maine', a grassroots organization that works to empower the Latinx community in Maine. Cron works with more the 2,000 seafood processing workers and their families, all of who lack health care coverage.

"...all the things that we depend on for our state to thrive, and people can't take their families to the doctor," Cron said.

Cron testified to the state legislature's Health and Human Services Committee in favor of the bill, she explains how many unqualified health care community members wait until the very last moment to seek treatment. "All because of fear of not being able to pay," said Cron.

"Our state denies them their most basic human right, the right to health and to life," expressed Cron to the committee members. "They sacrifice their own health and care so they can at least take their children."

Kathy Kilrain del Rio is the director of campaigns and healthcare advocacy for Maine Equal Justice, a civil-legal aid organization that works with low-income community members to find solutions that lead to economic security and opportunity for everyone.

"We've seen time again that Mainers have chosen to say we want more healthcare for people, and this is another step towards that, where we can get closer to making sure everybody has affordable healthcare so that everyone in our state can be healthy," said Kilrain del Rio.

Kilrain del Rio said this bill would fix that in a way that all Maine residents regardless of immigration status could have equal access to MaineCare and CHIP (Children's Health Insurance Program).

Craven said Maine rated worst in the nation on racial equality during COVID-19. "I think that's really shameful because we don't have to be like that, our population of color is very small compared to other states and we need to take care of them," said Craven.

Bill LD718 is expected to be voted on by the House and Senate when they meet next week. Even if they pass it, it later goes to the appropriations table, to see if it gets funded. It's projected to cost $5 to $7 million per year.