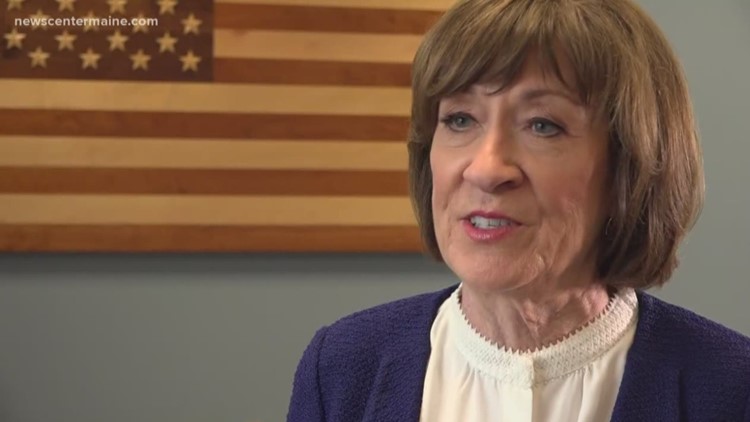 AUGUSTA, Maine — President Donald Trump's administration passed a policy Friday that would prevent taxpayer-funded family planning clinics from referring women for abortions. It would also prohibit these clinics from being housed in the same location as abortion providers.

Abortion advocates, who have expressed opposition to the policy, say it targets Title X, a family planning program passed by President Richard Nixon in 1970.

Title X serves about 4 million women a year through independent clinics. Many of these clinics are run by Planned Parenthood affiliates, which serve about 1.6 million women. The grant program costs taxpayers around $260 million a year.

Those opposed to abortion – in large part, religious conservatives, who make up a notable portion of Trump's policy base – have expressed support for the policy, since they say it will help redirect some taxpayer dollars away from funds for abortions.

Maine legislators sent out statements in response to the policy Friday.

"Every woman should be able to access reproductive health care when and where she needs it," said Gov. Janet Mills, quoted in a statement release. "The Trump Administration’s gag rule is backward policy that will silence health care providers, withhold vital medical information from patients, and prevent women from getting the basic health care they need."

Gov. Mills joined states across the country last year in a lawsuit attempting to stop the Trump administration from making these changes to Title X.

"I oppose this misguided rule change that could significantly diminish access for women to crucial contraceptive services, which have been critical in reducing the number of abortions in our country over the past three decades," Sen. Collins said in an emailed statement. "In fact, Sen. Lisa Murkowski (R-AK) and I wrote to the Trump Administration last summer to express our opposition to this proposal."

Her spokeswoman, Annie Clark, noted that Collins and Murkowski wrote this letter to Health & Human Services Secretary Alex Azar to express concern and ask the Trump administration to reconsider. In the letter, the two women said that the proposed rule may undermine success the country has seen in reducing the abortion numbers by providing timely and convenient access to contraception services.

Clark said Collins will be evaluating potential legislative remedies in the coming weeks.

Abortion is a legal medical procedure, but federal laws prohibit the use of taxpayer funds to pay for abortions, except in cases of rape, incest, or to save the life of the woman.