The entire Legislature co-sponsored the sentiment. 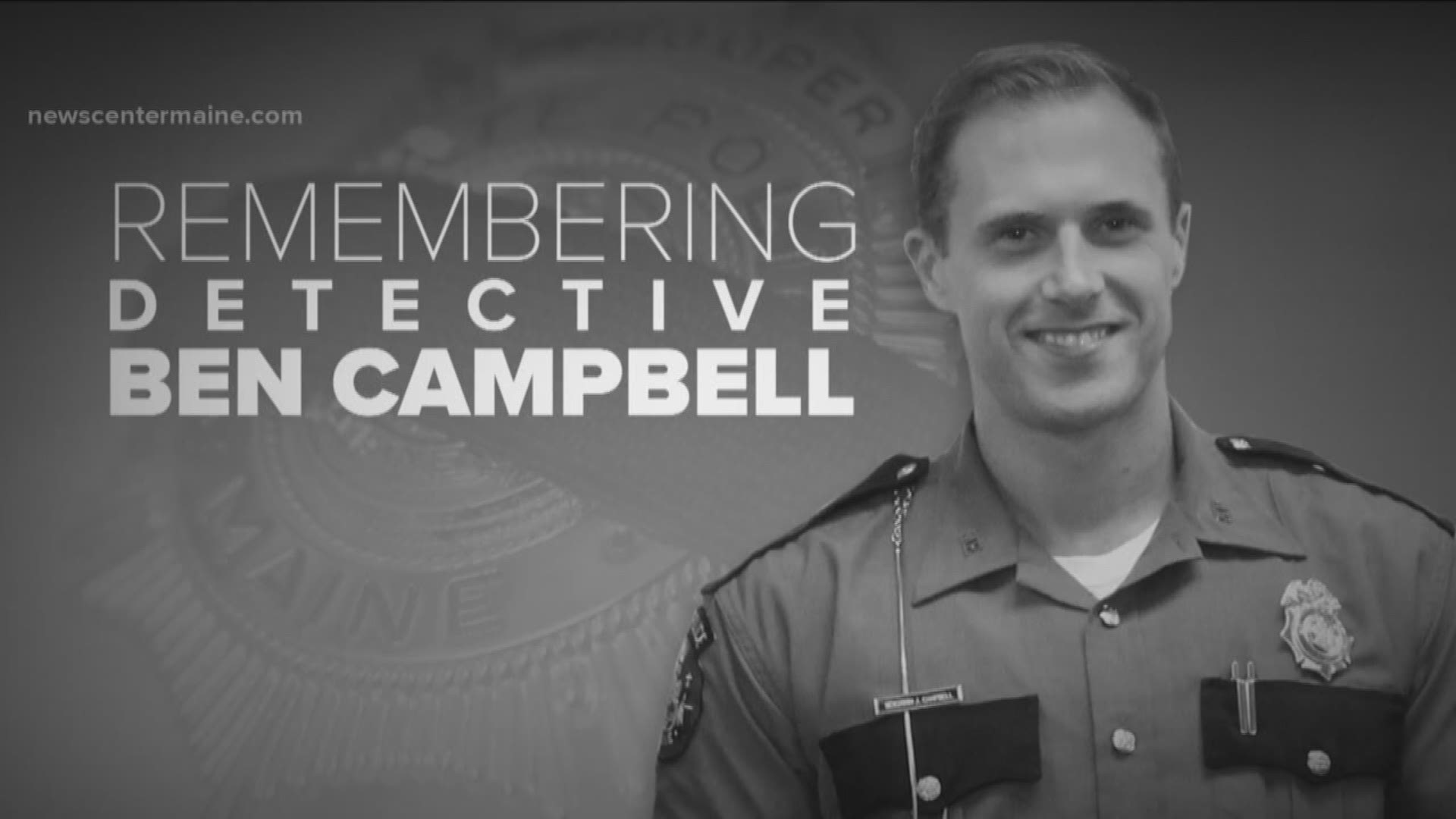 AUGUSTA, Maine — The Maine Legislature is honoring a Maine State Police detective who was killed assisting a driver.

Thirty-one-year-old Det. Ben Campbell was fatally injured on April 3 when a tire dislodged from a logging truck and struck him while he was outside his vehicle alongside Interstate 95. Democratic Sen. Jim Dill of Old Town issued an official legislative sentiment in honor of Campbell on Thursday.

Dill said Campbell "died doing what he did best in life: helping others." Legislative sentiments are used by the Legislature to honor people and organizations. The entire Legislature co-sponsored the sentiment.

A funeral for Campbell was held on Monday at Cross Insurance Arena in Portland and drew more than 3,000 people, including law enforcement personnel from across the U.S. and Canada. 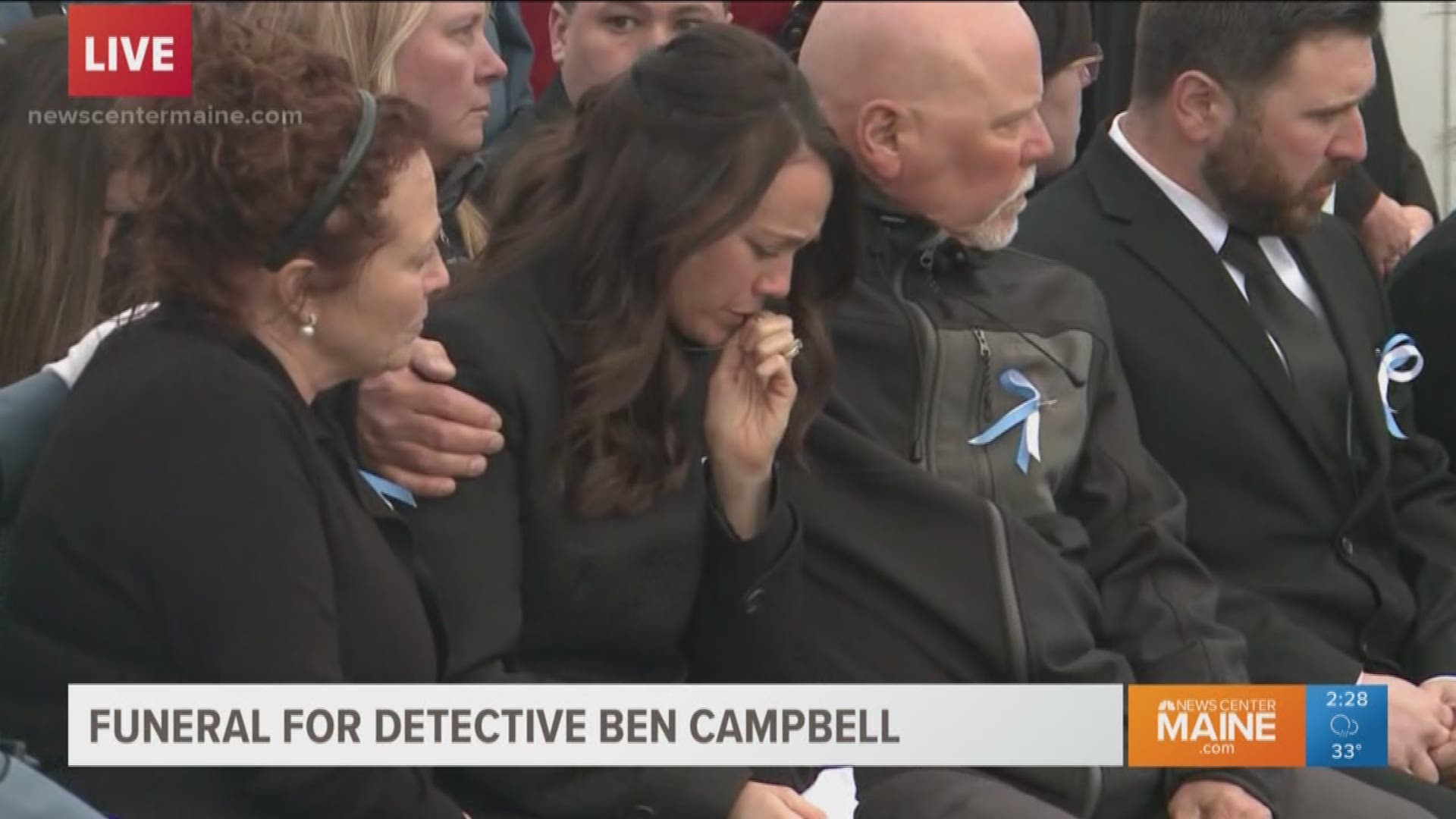