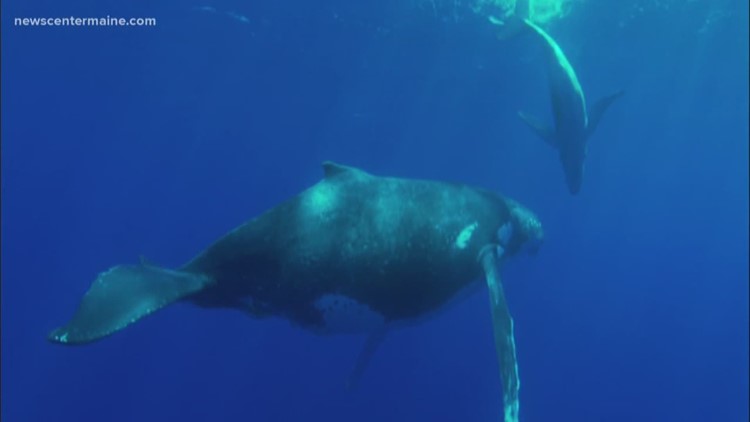 Maine's Congressional delegation is calling on the feds to protect whales 'without unfairly or disproportionately burdening the Maine lobster industry.'
Author: Associated Press
Published: 8:37 AM EDT May 30, 2019
Updated: 8:43 AM EDT May 30, 2019

PORTLAND, Maine — The four members of Maine's Congressional delegation are urging the federal government to make sure its effort to save a rare whale doesn't jeopardize the health of the state's lobster industry.

RELATED: Lobstermen concerned by regulations to save endangered right whales

A team organized by the federal government recommended in April that the number of vertical trap lines in the water is reduced by about half to protect the endangered North Atlantic right whale. Maine's two senators and representatives sent a letter to Acting Under Secretary of Commerce for Oceans and Atmosphere Neil Jacobs on Tuesday calling on the feds to protect the whales "without unfairly or disproportionately burdening the Maine lobster industry."

The lawmakers say one of the potential problems with the government's approach is that it assumes the whales face the same risk in American and Canadian waters.