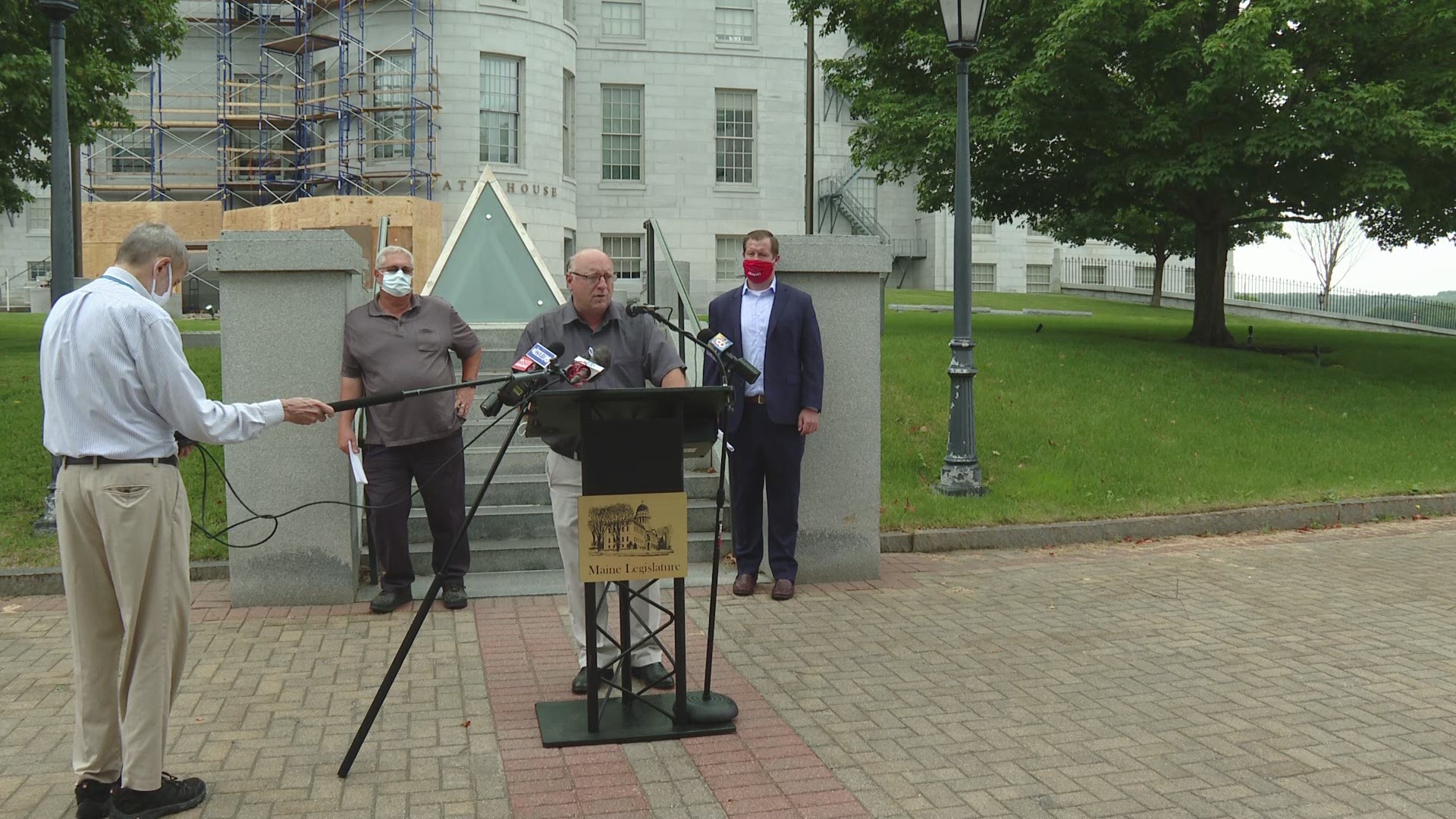 AUGUSTA, Maine — “For the life of me, I cannot understand why Republicans care more about Massachusetts money than the life of a Maine person.”

That, in part, was Gov. Janet Mills’ response to Maine Republicans’ plan to salvage the Maine tourism season by immediately adding residents from Rhode Island and Massachusetts to the state’s exemptions list.

The proposal, submitted Monday by House and State Republican leadership as well as representatives from Maine’s tourism industry, unveiled a plan that they say would help save the tourism season by allowing visitors from Rhode Island and Massachusetts into Maine without travel restrictions currently in place.

The impact is all over Maine, including greater Portland, said Ed Cochran, manager of the Sheraton at Sable Oaks in South Portland.

In reviewing the metrics over recent days & weeks, Connecticut, New Jersey, & New York demonstrate low positivity rates and other encouraging trends in the prevalence of the virus. As a result, we will exempt these states from Maine’s quarantine or test policy starting July 3. 2/

The Maine GOP argues statistically, more tourists come to Maine from Massachusetts from any other state.

“Without a chance at salvaging part of the tourism season, businesses and livelihoods are being destroyed,” said Senate Republican Leader Dana Dow (R-Lincoln). “This plan responsibly allows residents from throughout New England into Maine without restrictions, which is in line with what every other state in New England is already doing. All of the data we are seeing tells us that this is a move that can be done safely, and the tourism industry will have a fighting chance to finish out the season on an upswing.”

Shortly after the plan was unveiled, Mills issued a statement voicing her stark opposition to the plan.

“What the Republicans unveiled today is not a set of recommendations to salvage our tourism industry. It is a Donald Trump-style assault on the very public health measures that have successfully protected Maine people,” Mills said. “It amounts to a Republican invitation for a resurgence of the virus, which not only would sicken more people but would damage our economy for years to come. If Republicans want to see how damaging COVID-19 can be, they need only look to states like Florida, Texas, or Arizona who have had to slam the door shut on their economies again.”

RELATED: 'It's devastating financially' -- Maine hospitality sales much lower than usual amidst COVID-19

Senate President Troy Jackson (D-Allagash) also released a statement about the plan, citing the “hypocrisy” from his Republican colleagues.

“The hypocrisy from my Republican colleagues is really getting old. After months of playing politics and calling for the Legislature to reconvene, Republicans ultimately refused to do their jobs and blocked a special session,” Jackson said. “One of their reasons was that it just wasn’t safe. However, not even a week later, Republicans have found themselves on the steps of the State House calling for Maine to roll back COVID-19 health and safety guidelines. They are continuing to play political games with this pandemic when Maine people need leadership.

The Republican plan also includes increasing the gathering size of individuals from a maximum of 50 to 150 inside or outside, as long as proper distancing can be achieved.

“This move would put the state closer to other New England states’ gathering sizes and allow the people of Maine to compete for business,” the Maine GOP said in a release.

Republicans also say the testing alternative for travelers should be eliminated because “the process never materialized.” They say testing is not as accessible as previously thought when the plan was announced in June, and the testing sites that are available are “problematic on several levels.”

“The test is not free, many of the sites require a doctor’s screening and in some cases the results take more than 72 hours,” the Maine GOP says. “Free and available testing seems unlikely in the near future. Even today the State’s ‘Standing Order’ for testing does not allow visitors access to be tested to meet the Governor’s mandate.”

RELATED: Number of 'swab and send' testing sites increased to 22

The Republican plan would still require those entering Maine from outside the U.S. or from one of the states above the 5% threshold to self-quarantine for 14 days or achieve a negative test within 72 hours prior to arrival or once arriving in Maine. It also still requires masks to be worn in public and encourages people to follow physical distancing guidelines at all times.

“Maine businesses have proven that they can operate in a safe and responsible manner during a pandemic,” House Republican Leader Kathleen Dillingham (R-Oxford) said in a statement. “We have not seen dramatic changes in our COVID case rate by opening to other states. Yet Massachusetts - a state with data similar to our own - must continue to quarantine while New York, the state with the second highest infection rate in the country, is exempted.  It is time to let the hard working people in the tourism industry open their doors a little wider, afford our neighbors in Massachusetts a chance to come to Maine, and give our tourism sector the opportunity to salvage the end of summer.”

Mills said she is also deeply concerned about the economic ramifications of the pandemic and is worried about small business owners across Maine.

“Economists, public health experts, and many business owners have told me that the best thing we can do for our economic health is to ensure that we protect public health. My Administration will continue to strike that balance,” Mills said.

“I invite Republicans to join us in embracing science and marketing Maine as a welcoming and safe place for people to visit, live, and work. Further, if Republicans were interested in stabilizing the economy and protecting public health, then they should join me in calling on Congress and the President to pass another round of economic support – one geared towards helping Maine’s tourism and hospitality industries – rather than urging us to sacrifice the public health measures that have kept Mainers safe thus far.”

Eben Salvatore, spokesperson for a group of hospitality business leaders called Work With ME released the following statement:

"House and Senate Republican Leadership stepped up today to help our tourism industry. We are not partisan, but what we like about the Republican plan is the transparency of the metrics being used. We can see that Massachusetts has done a great job turning things around and they are no longer a high-risk state for spreading the virus. The plan unveiled today reflects that, while showing a specific set of rules and guidelines."