Maine Republicans will have to wait another day to know for certain who will be their candidate for Congress in the huge second district. 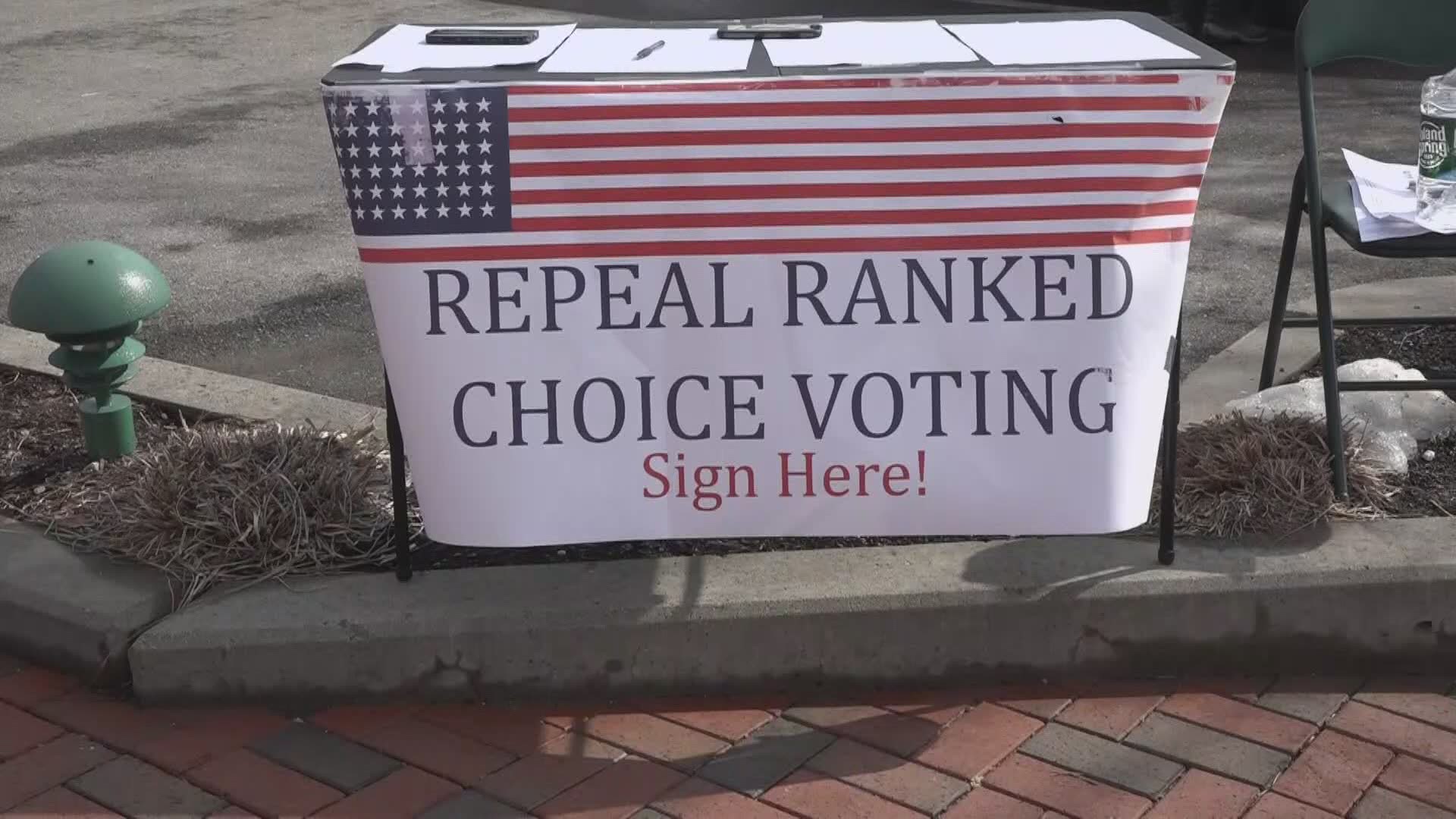 AUGUSTA, Maine — Maine Republicans will have to wait another day to know for certain who will be their candidate for Congress in the huge second district. The ranked choice voting count we thought was going to happen Monday will be Tuesday.

Mainers have come to understand that ranked choice voting takes more time. It takes longer in the voting booth to rank the names and longer to gather and count the votes.

It was no real surprise Monday when the Secretary of State’s office announced the primary election RCV count will take place Tuesday morning. That will be one week after the primary vote.

The ranked-choice process began Thursday, and they’ve continued loading ballots and computer memory sticks since then, but it turned out several towns were missing and couriers had to be dispatched to collect those ballots.

Meanwhile, the Maine Republican Party, which has been a consistent opponent of ranked choice voting, says it will appeal last week’s ruling by the Secretary of State that rejected the party’s petition to force a referendum vote to stop the use of RCV in the November Presidential election.

RELATED: Biden eyes GOP supporters while Trump focuses on his base

Those petitions were turned in last month. Secretary of State Matt Dunlap says they found problems with a number of names on those petitions, and the effort failed by more than 1,700 signatures.

But Secretary Dunlap said the verification process found 11,178 of those signatures not valid for a variety of reasons, meaning the petition drive failed.

“So one of the questions I got early on was they are registered voters, but they weren’t registered in the towns where the clerk verified registration, Isn’t that a technicality,” said Dunlap. “Actually the constitution is quite explicit about that. They have to be verified by their town clerk being registered voters in their town.”

He said there were also several other problems, including 2,000 duplicate names. All of those combined resulted in the ruling that the GOP did not have enough signatures to put the people's veto measure on the ballot.

GOP Executive Director Jason Savage said Monday they will appeal Dunlap’s ruling, believing many of the signatures are, in fact, valid.

"We know a large number of those people were registered Maine voters, who want to repeal ranked-choice voting and for a series of technicalities, their signatures are being disqualified. And we want to make sure everybody’s signature is counted,” said Savage.

He said he and a team from the party will soon begin going through all the petitions and signatures to try to show that a number of them are valid and should be counted, which could result in a court challenge to the Secretary of State’s ruling.