The Democrat from Maine's 2nd District authored two provisions in the bill, designed to get big money out of politics and stem the spread of misinformation 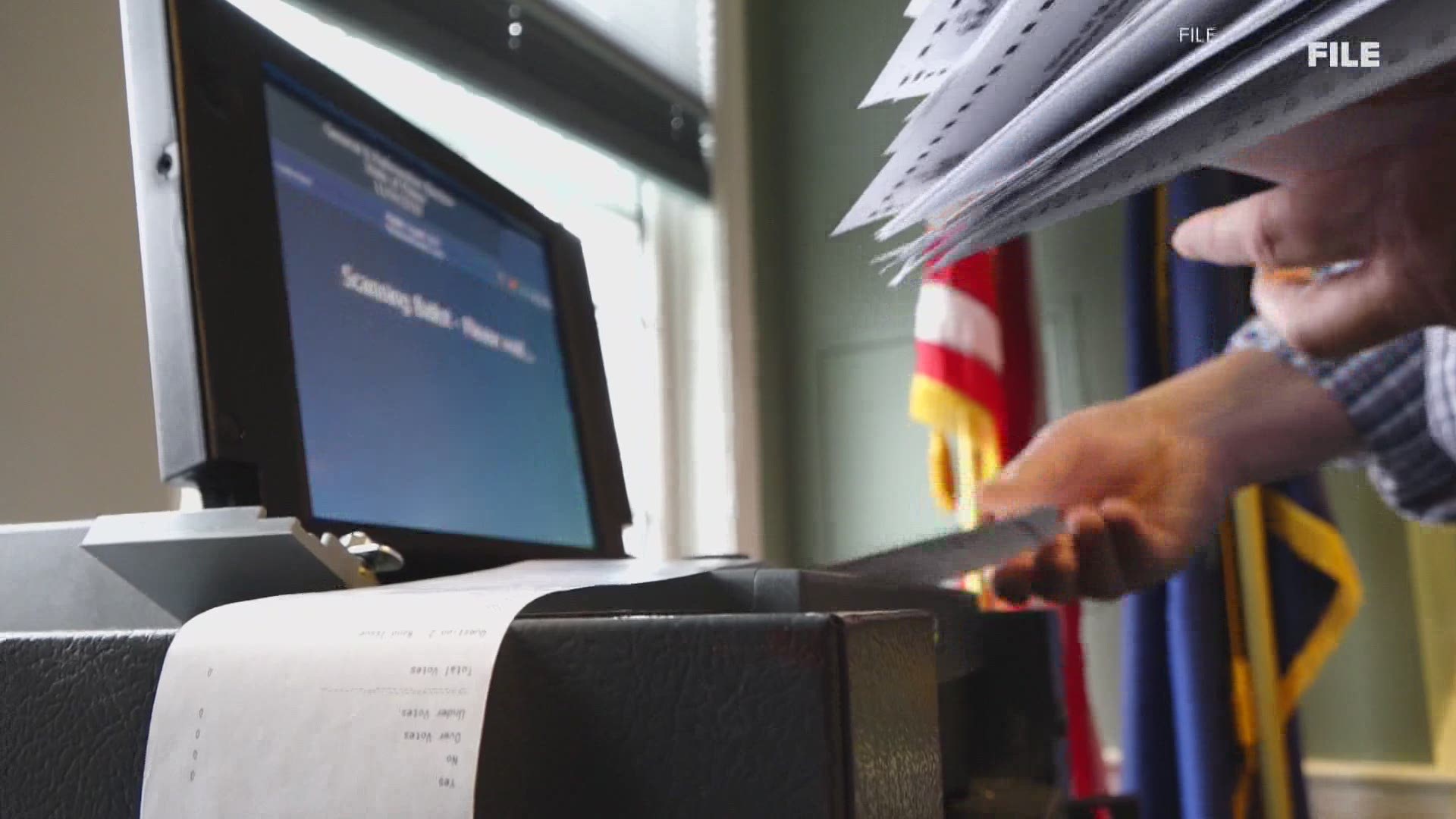 WASHINGTON, D.C., USA — Maine Democratic U.S. Rep. Jared Golden is backing a bill that aims to get money out of politics and give power back to the people. The H.R.1 bill, or the "For the People Act of 2021," is touted as being the most comprehensive democracy reform bill in a generation.

Golden said in a press conference Tuesday that he hears from constituents regularly about the lack of transparency in politics and election financing, and about the corruption that the current system promotes.

Golden said he hears that “That big money controls Washington, fat cats hold the purse strings to taxpayer dollars, politicians are beholden to big donors, and that special interest and dark money organizations buy our elections.”

The bill would take many of Maine's voting policies including paper ballots, same-day voter registration, and clean campaign financing, and would implement them nationwide.

Opponents contend it is a one-size-fits-all approach that would take away local control of elections. But Golden says he really doesn’t understand what anyone would object to.

"Using paper ballots, to ensure we have a secure record of your vote? Being able to register on the same day as the election? Being able to vote absentee without restrictions… without having to have an excuse. It has caused no problems in Maine. It's made our elections more accessible and more effective," Golden said. “Greater access to voting is what constituents want. It's at the core of our democracy and what the people want.”

H.R.1 would also close the loopholes that allow some groups not to disclose their major donors.

This is the same bill that Maine Secretary of State Shenna Bellows testified about last week.

Great to see @shennabellows, ME’s Secretary of State, testifying in Congress to make the case for HR 1, the #ForthePeople Act.

HR 1 fights corruption and helps get money out of politics. It's one of the most important bills I've worked on in Congress.https://t.co/QZy0Bgpxx5

RELATED: Maine Secretary of State testifies before Congress in support of election reform

H.R.1 will be up for a vote in the House this week, and it includes two provisions Golden added:

Golden’s push comes fresh off his vote against the $1.9 trillion stimulus package, which passed without his support. Golden said he voted against it because of the extra spending included. He said during a press conference over the weekend that his vote on that and his back of this bill are closely tied because both deal with big money in politics.

Watch the full presser below: