If the bill passes, Maine would agree to award its electoral votes to the presidential candidate who wins the national popular vote -- regardless of who Mainers voted for. 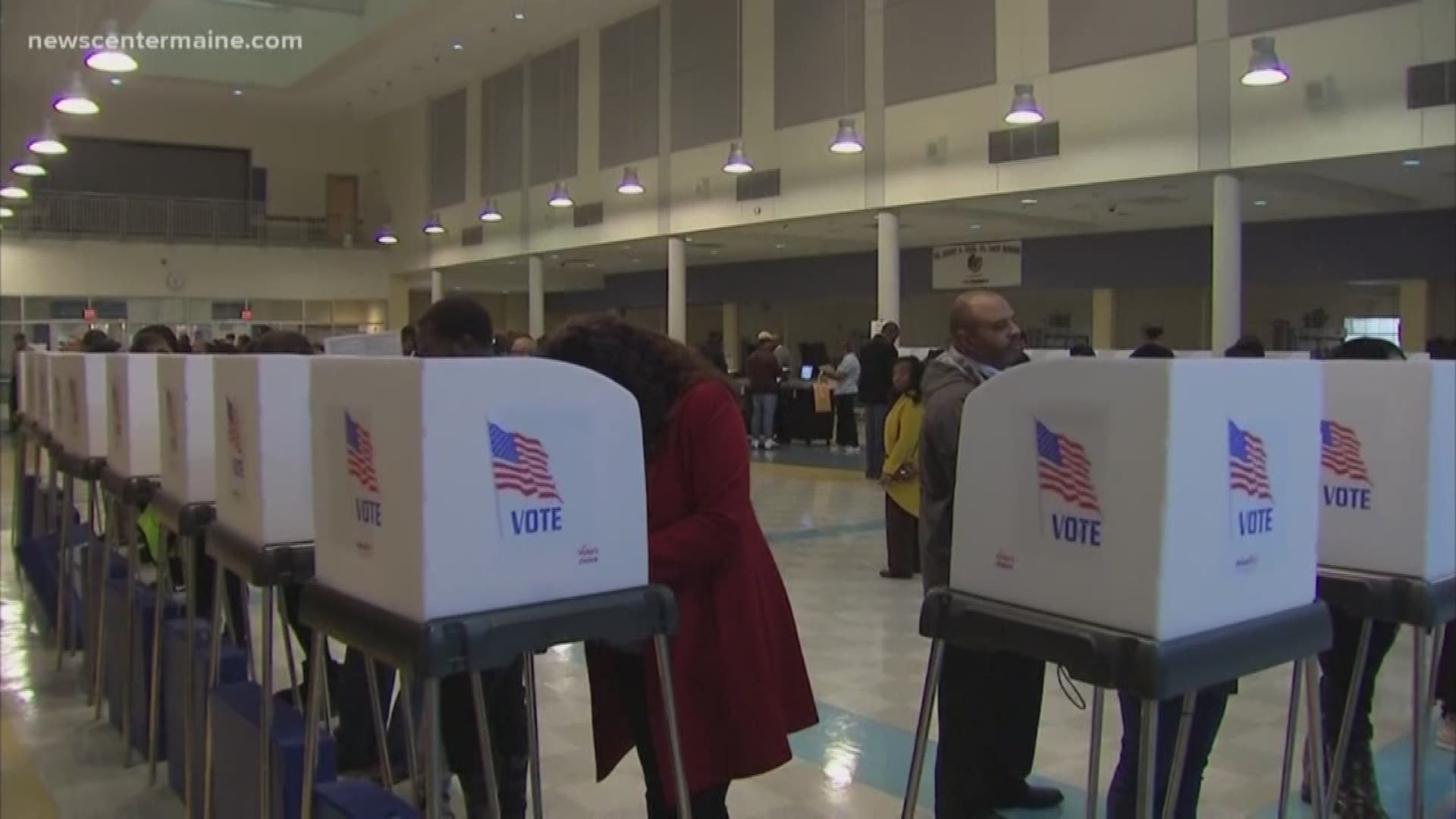 MAINE, USA — Members of a legislative committee endorsed a bill on Monday that would add Maine to the National Popular Vote Interstate Compact.

If the bill passes, Maine would agree to award its electoral votes to the presidential candidate who wins the national popular vote -- regardless of who Mainers voted for.

The bill was sponsored by Senate President Troy Jackson (D-Allagash).

The Legislature's Veterans and Legal Affairs Committee voted 6-3 to endorse the popular vote bill. The vote runs along party lines. It is a controversial issue that is gaining momentum.

The National Popular Vote Interstate Compact would guarantee the Presidency to the candidate who receives the most popular votes in all 50 states. 11 states, plus the District of Columbia, have already signed on -- and Maine may soon be next.

"I think it makes the point of one person, one vote -- so a vote for one person in Maine is just as important as someone in a swing state."

Luchini says that right now, swing states get all the attention.

"I think the problem we see is a handful of swing states determine the election, so this would directly let us elect our president."

Ray Richardson is a conservative radio host with WLOB who does not support the bill.

"It's disgusting," said Ray. "It's disgraceful, but more importantly it's deceitful."

Ray is not only fired up -- he's furious about the bill.

"This is outright theft."

Ray asks why Mainers should have to give up their vote to people outside of Maine.

"Maine votes for candidate A, this compact votes for B -- so our votes go to B, no matter what we say?"

Luchini says the popular vote would force candidates to focus their attention on all voters -- not just the ones in swing states.

"This would spread it, so they would have to work for every vote everywhere in the country."

"No one will ever come here again, except for vacation," Ray said.

NEWS CENTER Maine political analyst John Richardson, a democrat and former Speaker of the House, says this bill is in direct response to Trump winning the election in 2016 and George Bush beating Al Gore in the 2000 race.

"The democrats are looking at popular vote and how that should count for something when it comes to presidential elections," said John.

But John also questions whether a change to a simple popular vote election would change how a small state like Maine would be represented.

"Would, in fact, the president ignore the smaller states -- put all of the financial resources into larger states?"

The bill now heads to the House and Senate for a vote.

The states that have signed on to the Compact so far represent 172 electoral votes. Maine has just four to offer.

The Compact would not take effect until they reach at least 270 electors -- the number needed to elect a president.