Through the compact, 82 chambers of commerce, trade associations, businesses, and institutions of higher education are advocating for pro-immigration policy reform. 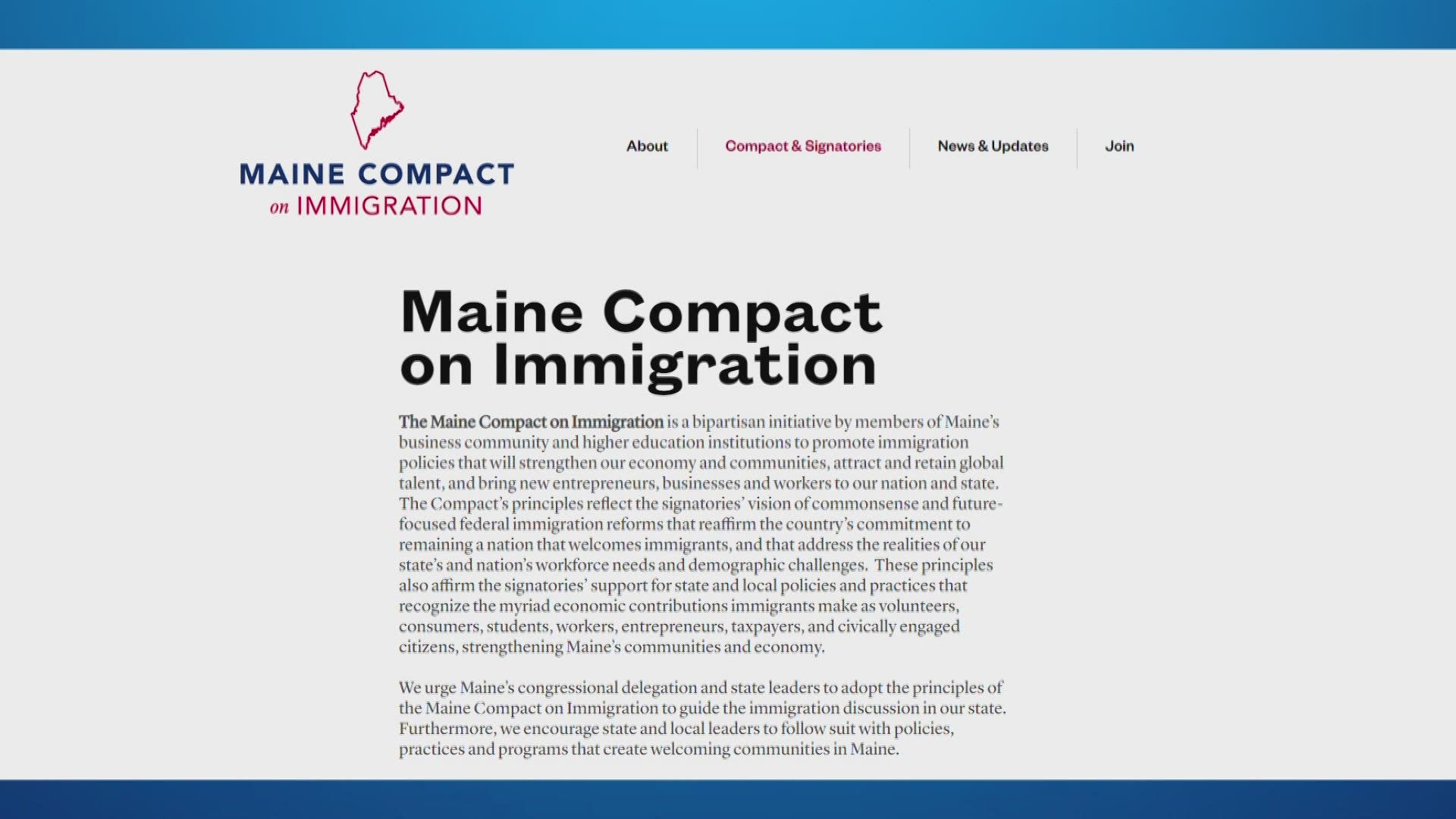 The Compact is a set of key principles for the state, which advocate for federal immigration reforms.

The Compact reads, "The Maine Compact on Immigration is a bipartisan initiative by members of Maine’s business community and higher education institutions to promote immigration policies that will strengthen our economy and communities, attract and retain global talent, and bring new entrepreneurs, businesses, and workers to our nation and state."

It was sent to Maine's congressional delegation (U.S. Sens. Susan Collins and Angus King and Reps. Chellie Pingree, and Jared Golden) on Tuesday. The group behind the Compact says the goal is to educate and inform elected officials about the economic contributions immigrants make to our state.

Dozens of Maine business and higher education leaders gathered virtually on Tuesday, February 23, to announce the creation of the Compact.

"No one in the state still denies the fact that our economy is a global economy," said Dana Connors, president of the Maine State Chamber of Commerce. "Shouldn't our workforce have a global influence?"

The group focused, in part, on the state's need to welcome more immigrants in order to maintain its workforce.

According to Maine's "Ten-year strategic workforce plan," the state will lose 65,000 workers to retirement by 2029. In order for our state to continue to thrive, then, the plan says the state must grow its workforce by 75,000 in the same span of time.

Connors says immigrants are the key. "We wouldn't even get close to 75,000 without the immigrant community."

That's because there are not enough young Mainers to fill those lost positions.  According to Maine's State Economist Amanda Recto, "Even if we kept all of our young people here, we simply do not have enough of them in the state now to replace the retiring baby boomers. We must attract more workers to the state if we are going to have enough people to fill the jobs that will open up as the older workers retire, and we’ll have to attract even more if we want businesses to be able to grow.”

In addition to allowing Maine's economy to grow and thrive, the coalition argues that diversity of experience is an asset.

"They see the world differently than we do and that difference is power," said Deborah Bronk, president and CEO of Bigelow Laboratory for Ocean Sciences.

In the world of science, Brock said, diversity is a "critically important strategic issue." She pointed to China emerging as a scientific leader, as it aggressively recruits top scientists from around the world.

"Today, China publishes more peer-reviewed scientific papers than any other country in the world. That used to be the U.S." Bronk said.

RELATED: VERIFY: What is in Biden's immigration reform proposal?

Portland business-owner Adele Ngoy also spoke at the meeting. Ngoy is the founder of Adele Masengo Designs and owner of Antoine's Tailor Shop and Formal Wear.

Ngoy immigrated to the United States from the Democratic Republic of the Congo as a refugee 20 years ago.

"I arrived here and I didn't know any words of English. I brought myself, no money, and my three kids. The only thing I brought were my skills."

"We know as immigrants what we're bringing here," she said. "Everything we learned back home we bring here to support and be apart of our communities here. This is our new home. This is our new country, and we come here to love it, and give the best of ourselves." 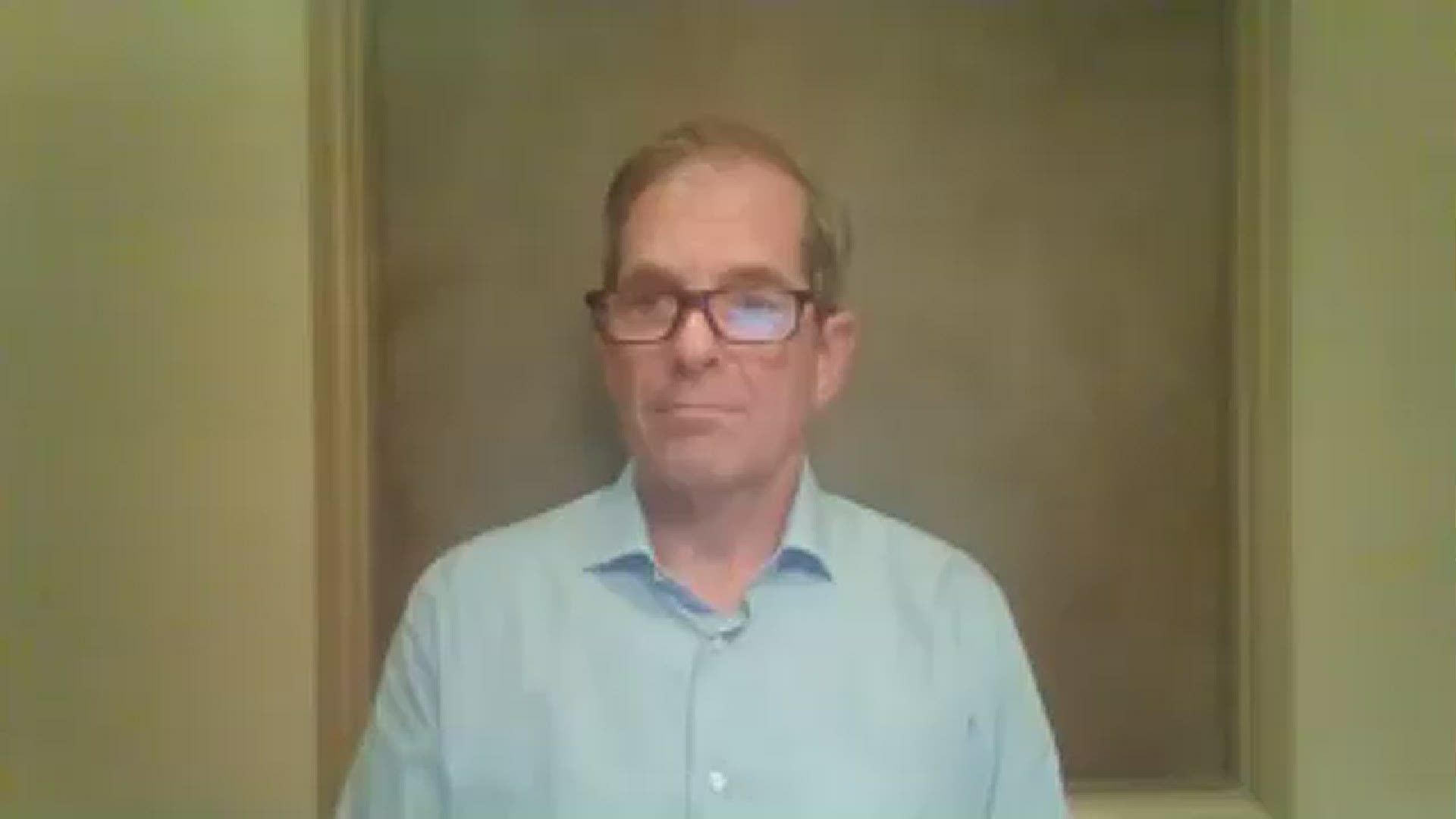