Hundreds of boats filled with Trump supporters are holding a meet-up on Sebago Lake Saturday. 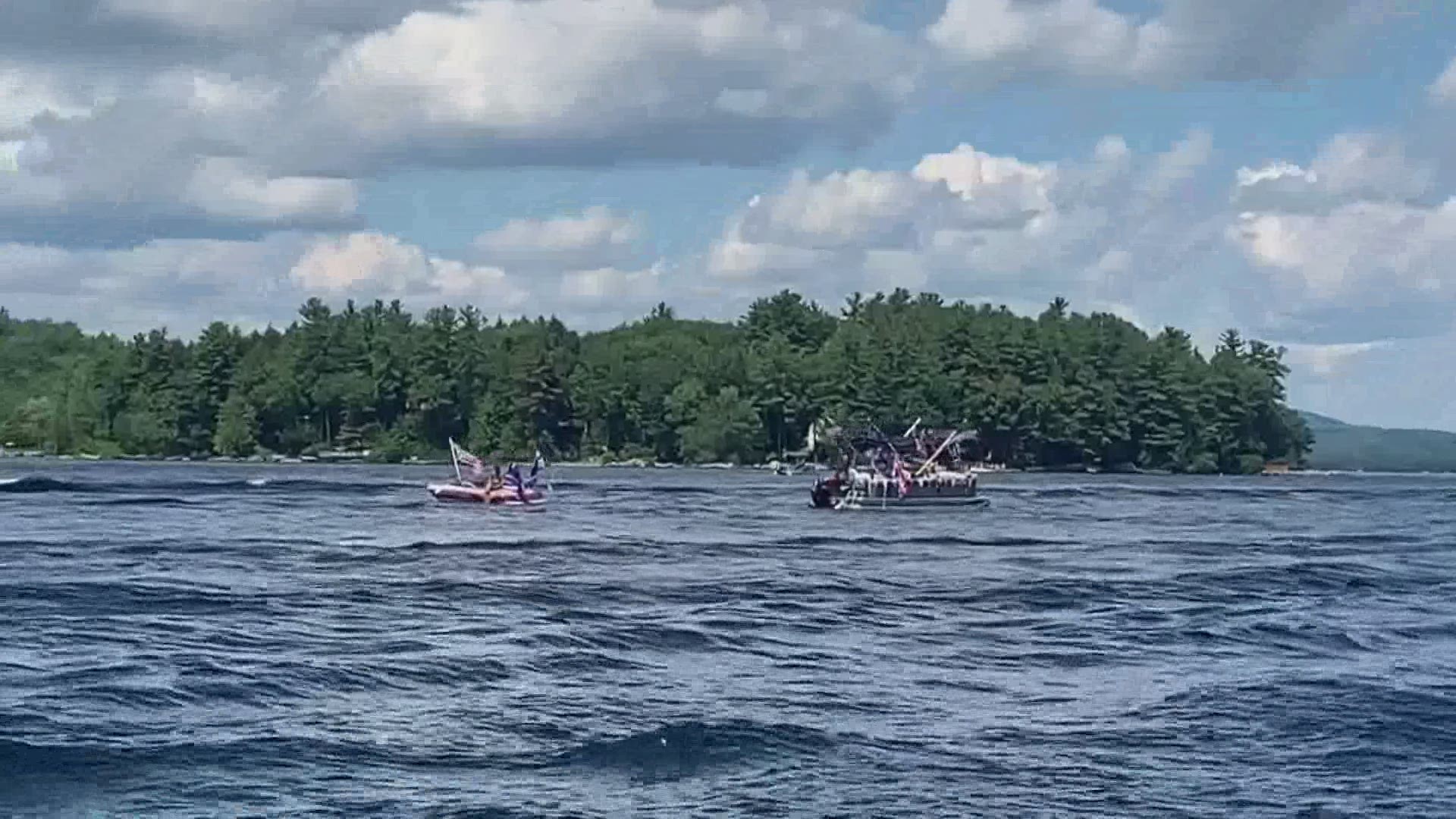 From the looks of videos posted on Facebook of the parade, hundreds of boats and supporters showed socially distanced throughout the lake, including former Republican candidate for Maine’s 2nd Congressional District and avid Trump supporter Adrienne Bennett.

Bennett told NEWS CENTER Maine said the “parade” is meant to show their support for the President. Bennett described the event as "energized" and "positive." She said they're enjoying a perfect Maine day out on the water while also energizing young voters and getting people motivated.

In a video message on Facebook, Bennett urged other followers to come join them on the water. For those unable to join, Bennett live-streamed the event.

Bennett said she was invited by fellow supporters, but the event was organized by the Maine GOP's Trump Victory Team.

Supporters at the parade said they are hoping to get the rallies in Augusta started up again soon to “put some presser on Janet Mills.”

“No more masks,” the supporters chimed in.

One supporter held up a "LePage 2022" hat, a nod to his suspected gubernatorial run to unseat Mills.

"These are serious issues we need to have conversations about," Bennett told NEWS CENTER Maine. "We can do that respectfully and civilly...we need to do a better job."