The plan is aimed at simplifying choices about co-pays and deductibles, which Mills says causes too many people to lose out on opportunities for coverage. 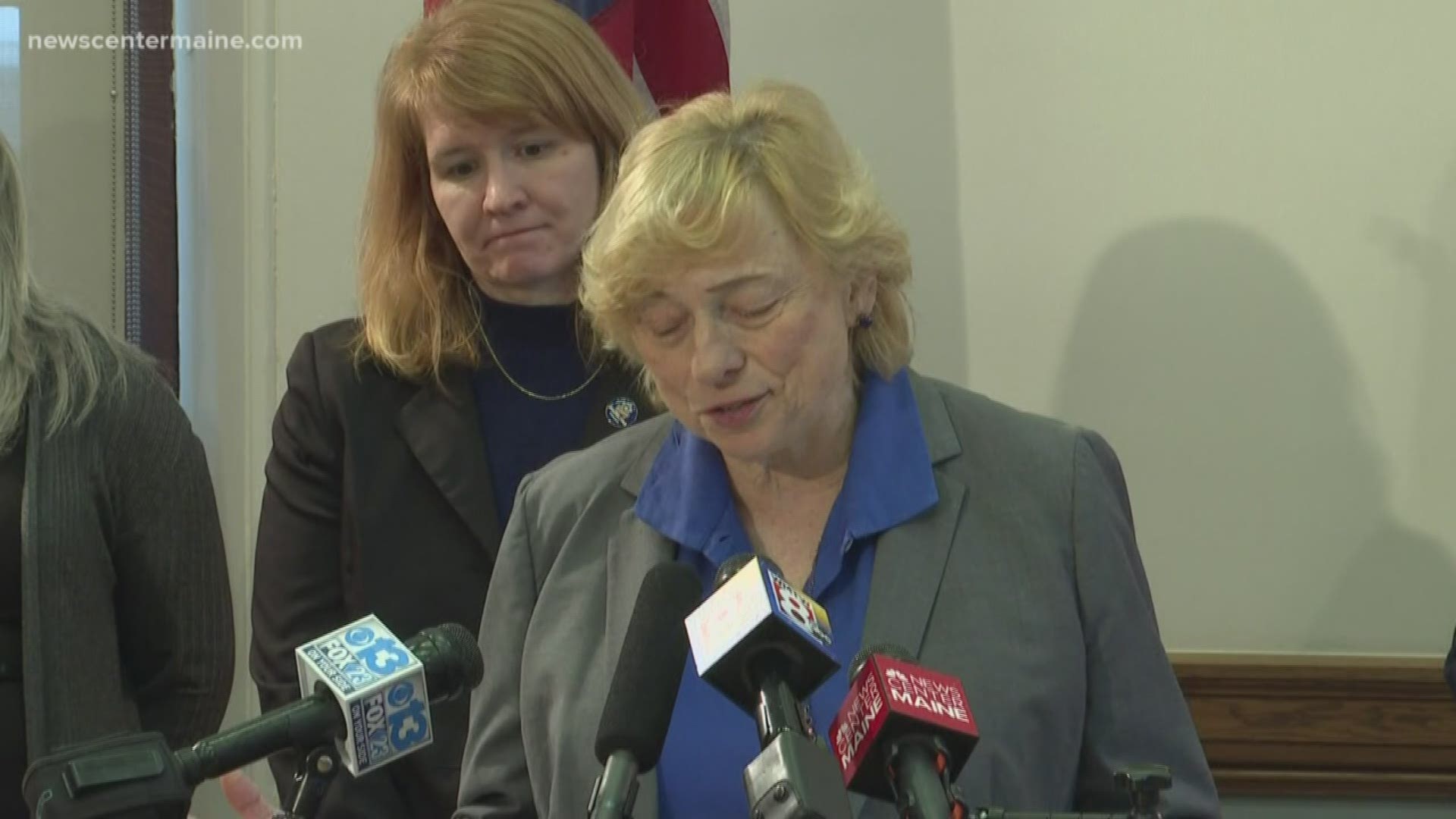 AUGUSTA, Maine — The Maine Legislature headed back to work Wednesday for its winter session, already focusing on some major issues.

Democrats and Gov. Janet Mills teamed up to introduce a new health insurance plan, called Made in Maine, they say will help people and small businesses who buy health insurance on the individual or small group market. According to state officials, there are about 120,000 people and businesses in that category.

The plan, announced by Mills, Senate President Troy Jackson and Speaker of the House Sara Gideon, is aimed at simplifying choices about co-pays and deductibles, which Mills says causes too many people to lose out on opportunities for coverage and coverage. It would place new mandates on insurers, including requiring that people get their first primary care or behavioral health care doctor visits each year for free, with no co-pay or deductible requirement, and then two subsequent visits wit only co-pays.

Mills told reporters the goal is to get more people to actually go to the doctor and get care early on, rather than wait for it to become more urgent and more expensive. Gideon agreed.

“There is not a single person in this state who should be rationing their medicine, making a decision not to see a doctor when they need one or deciding between food and health care because they can’t afford it,” she said.

The bill also would group individual policyholders and small businesses into a single pool, which Gov. Mills said is another way to reduce costs for policyholders. Mills said the plan was created by her DHHS Commissioner and the Superintendent of Insurance.

The Governor said she is confident the plan will win broad bipartisan support but Republican leaders said they had not been included in the development of the plan and had not yet been given any information about it, therefore offered no opinion.

Instead, asked about their priorities for the Legislative session, GOP Senate leaders said it will be funding road repair and restraining spending.

GOP leader Sen. Dana Dow said roads need serious attention, but that money for added road work should come from the projected $120 million surpluses in the current budget, and not from new borrowing.

“My focus is to take care of some major problems one is highway But I don’t wasn’t to spend all the money or even go to added bonds to spend more when we can take care of many of the problems we have with the cash on hand," Dow said.

He and other GOP leaders said similar concerns apply to any new state spending, and that they won’t support bills that add new, ongoing spending to the state budget.

Earlier this week, Gov. Mills seemed to take a similar position, saying her supplemental budget will focus more on spending for one-time needs instead of increases that will need to be continued in future budgets.