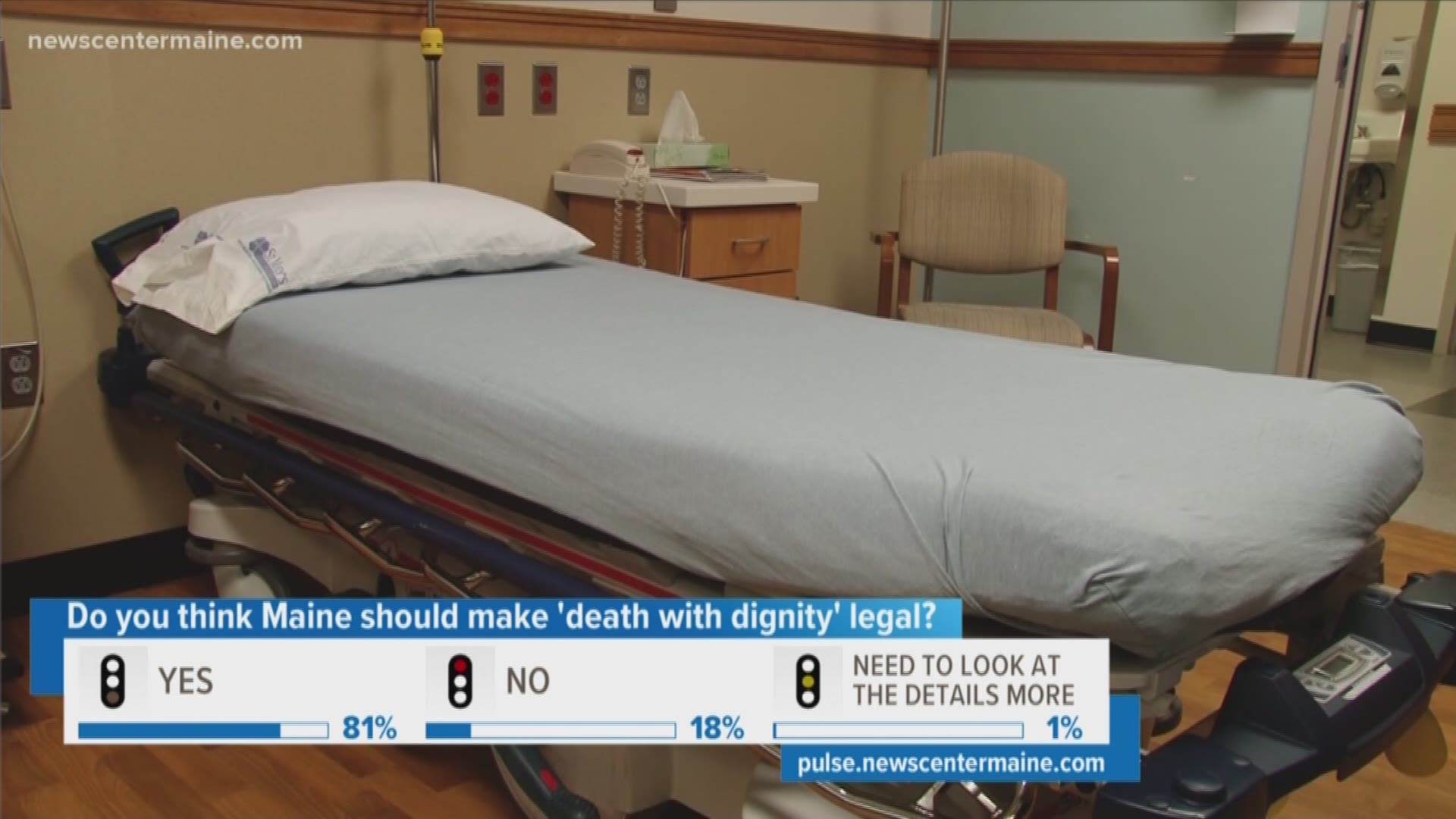 AUGUSTA, Maine — After being passed by a single vote Monday in the House, Maine's "death with dignity" bill was given final approval Tuesday in the Senate.

LD 1313, which would legalize assisted suicide, now heads to Gov. Janet Mills' desk where it remains unclear if there's an intent to sign.

The Senate on Tuesday voted mostly along party lines, 19-16, with three Democratic lawmakers — Sens. Michael Carpenter of Houlton, Bill Diamond of Windham and Mark Lawrence of Eliot — going against the measure, and one Republican, Sen. Marianne Moore of Calais, voting in favor.

This outcome matched the Senate's initial vote on the bill last Thursday.

If signed, Maine would join seven other states — California, Colorado, Montana, New Jersey, Oregon, Vermont and Washington — with similar laws, according to deathwithdignity.org. It's one of 19 states considering legislation regarding death with dignity this session.

The bill would allow doctors to prescribe terminally ill people a fatal dose of medication and let people acting under it to defend themselves from being prosecuted for aggravated attempted murder, murder, or aiding or soliciting suicide, the Associated Press reports.The proposal had failed once in a statewide vote and at least seven previous times in the Legislature.

Gov. Mills' office told NEWS CENTER Maine the governor has yet to take a position on the legislation. Upon its arrival, Mills will have 10 days to sign it, veto it or allow it to become law without a signature.

The following information is contributed by the Associated Press:

The bill requires a second opinion by a consulting physician, along with one written and two verbal requests. A patient making an initial verbal request must wait 15 days before signing a written request, and then wait another 48 hours for the writing of a prescription for life-ending medication.

Physicians would screen patients for conditions that could impair judgment, such as depression. Physicians must then send patients with such a condition for evaluation and treatment by a state-licensed mental health professional, who could allow the patient to receive life-ending medication only after deciding the patient's judgment isn't impaired by such a disorder.

An individual health care provider may choose not to participate in providing medication to end a qualified patient's life but, if the patient requests the medical records be provided to another health care provider, the records must be transferred.