Are Maine people ready to change our state flag? The Legislature is once again being asked to do just that. 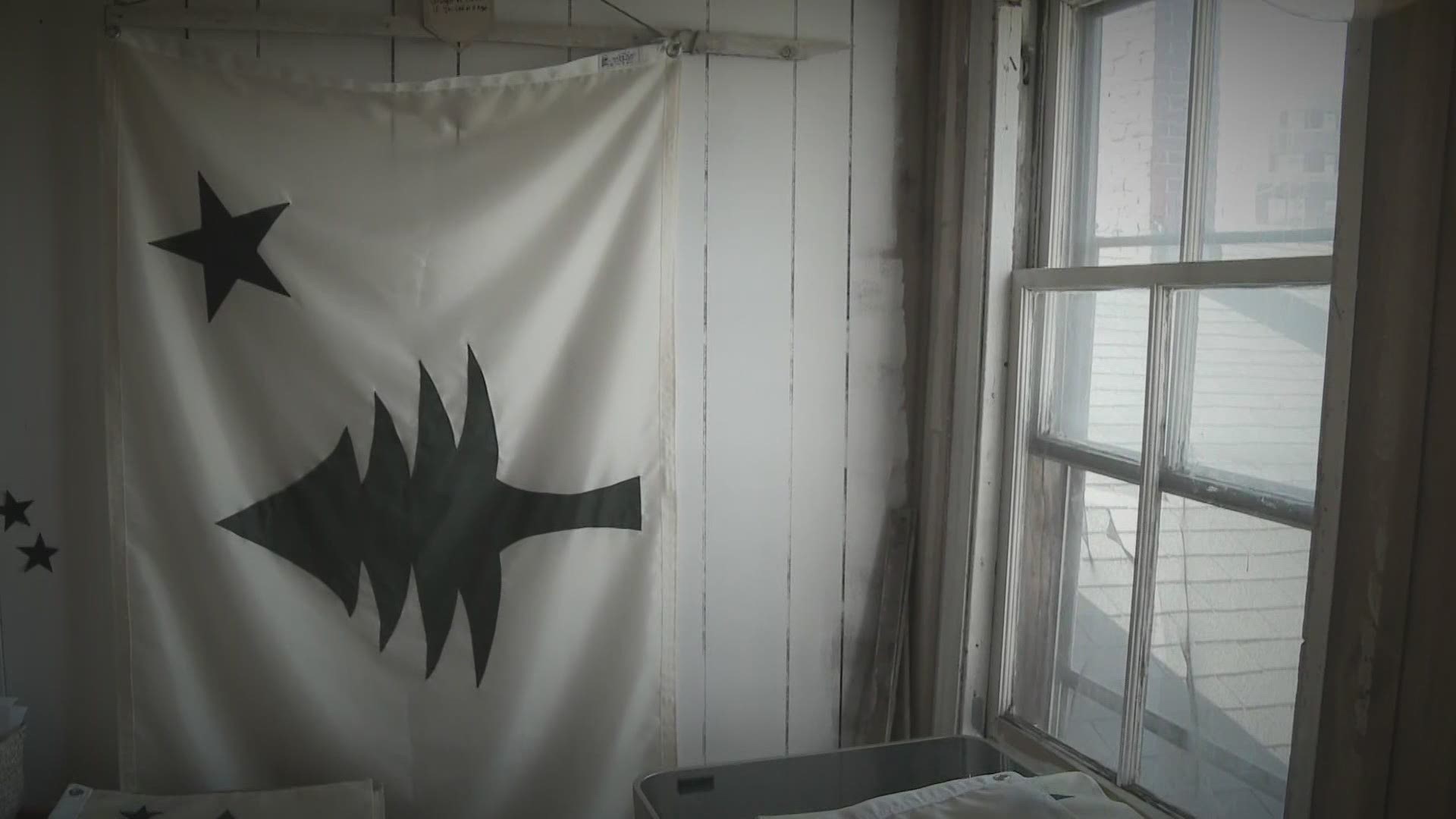 BATH, Maine — The familiar State of Maine flag has flown for more than a century. The blue background with the state seal, the farmer, the mariner, the moose, and the pine tree, all tributes to Maine’s history and identity.

But is it time to change?

Rep. Sean Paulhus of Bath thinks it is.

Paulhus, who said he became interested in flags while a Bath City Councilor, is sponsoring a bill to change the official state flag back to what it was before 1909—a tan or buff-colored field with a dark-colored star and a pine tree.

“I think the design of the original flag is very distinct, very Maine,” said Paulhus from his home on Wednesday, following the public hearing on his bill.

“We see it very easily and it's quick and easy to see from a distance, very distinctive.”

He said the current state flag is too similar to others in New England and doesn’t stand out.

There was an effort by another lawmaker two years ago to change the flag, but that resulted only in using the original design as the basis for a Bicentennial flag. Paulhus said that several flag companies have marketed the original flag for Maine’s 200th birthday, and they’ve caught on. Senator Susan Collins has often worn a COVID face mask with the same design.

“From my perspective, I’ve seen that flag flown more on people’s houses and stuff than I’ve seen the current state flag. So to me, that shows the public…it seems the people have really embraced that image. And that’s what flags are for, to show pride in a place.”

Paulhus said no opposition was voiced at the bill’s public hearing. He said is desired, he is open to the idea of a committee of some sort to review any potential improvements to the original design.