The brown leather chairs in the chambers of the Maine House and Senate are empty these days and will remain empty for another month at least. 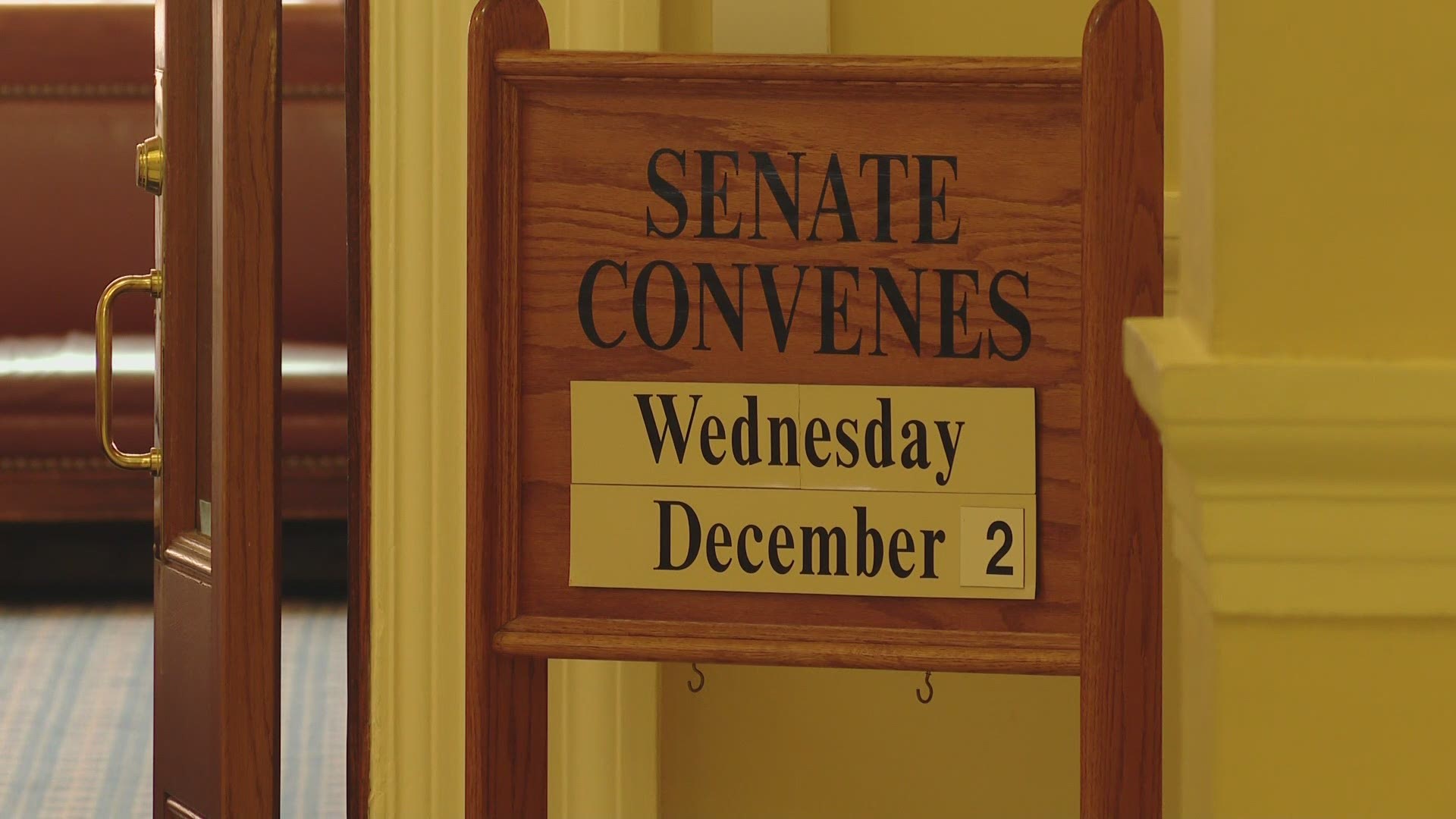 AUGUSTA, Maine — The new 130th Maine Legislature will be sworn in on December 2, but it will happen several miles away at the Augusta Civic Center—because it provides more social distance during the COVID pandemic. Legislative leaders are still figuring out how regular business will be done starting in January.

While there are questions about how lawmakers will do business this winter, there is little argument about the dominant issue.

“From how we operate the legislature to how we pass a budget, all those things are dominated by COVID,” Senate President Troy Jackson said.

For most of eight months, after the Legislature adjourned in March, Governor Janet Mills has been making all the decisions in Augusta.

That fact has irritated a number of Legislators.

Republicans have often been critical of the Governor’s mandates, including the recent order to wear masks in public spaces outside as well as indoors. House Republican leader Kathleen Dillingham says lawmakers need a seat at the decision-making table, so they can see the science behind the orders.

"If you’re putting forward what appears to be nonsensical requests then you aren’t providing the scientific data behind it. It undermines any ones you put forward that do have scientific data and make sense.”

Democratic Senate President Troy Jackson has also wanted the Legislature more involved in decisions but was unable to persuade Republicans to return for a special session in September. Mills could have called a session as well, but did not. Jackson pointed out that on December 2 that will change and lawmakers will be back at work.

How much they will be asked to interact with Governor Mills on COVID decisions isn’t clear. But there is general agreement that the biggest challenge they all face will be the current state budget, which was thrown hundreds of millions of dollars out of balance by the pandemic.

Mills has implemented a plan to make changes and cuts to the current budget, though some measures will need Legislative approval. But lawmakers will also need to start writing a new two-year budget, with the expectation of a drop in tax revenues for the next several years—all because of COVID-19.