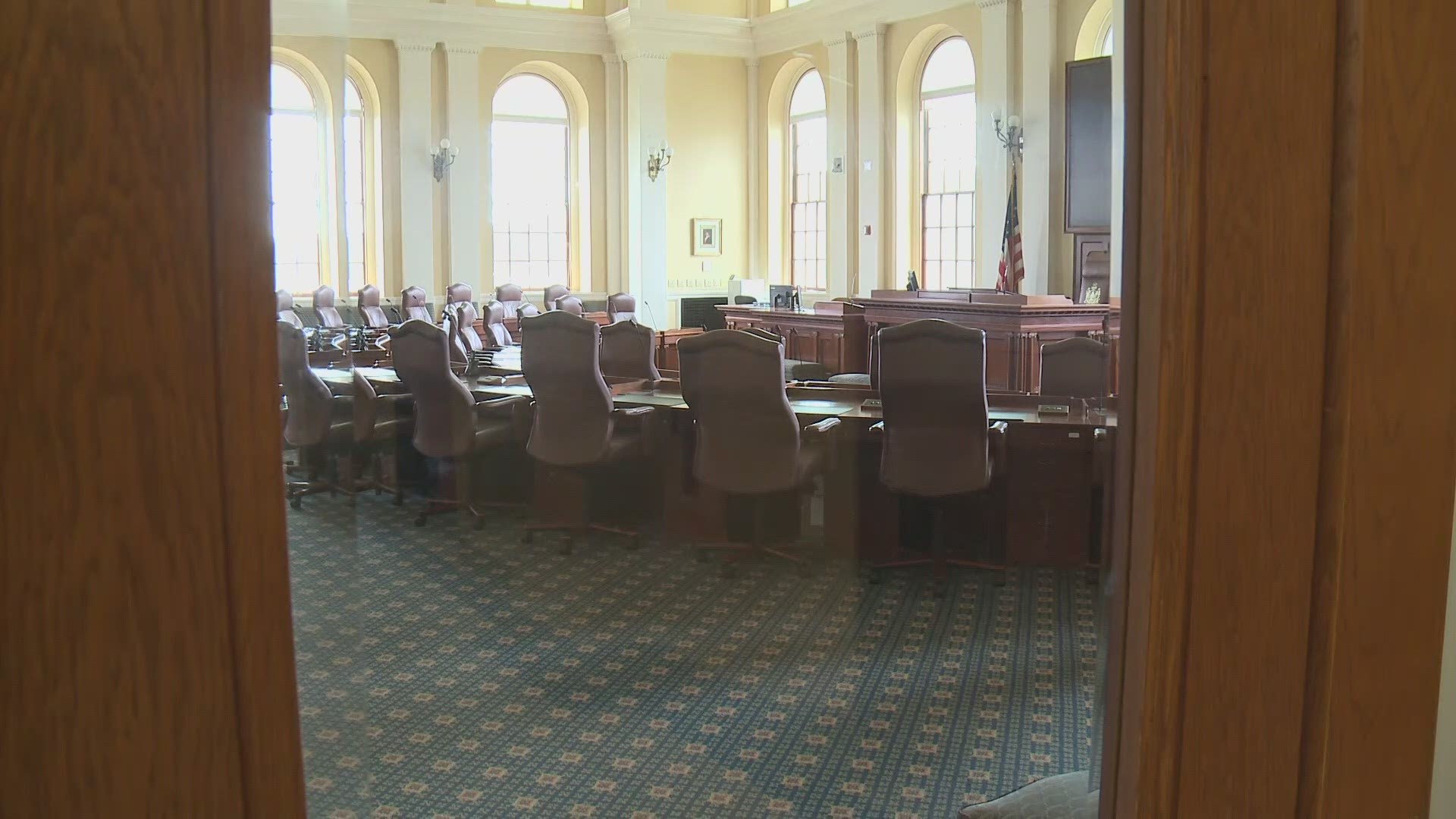 AUGUSTA, Maine — As Congress works to find agreement on a new package of COVID relief money, Maine legislators learned the state’s tax revenue shortfall—a result of the COVID 19 pandemic—has been less severe than expected because of federal aid earlier in the year.

The members of the new Appropriations Committee were briefed Thursday on the budget challenges the state still faces for both the current budget, which ends in June, and the budget for the next two years, which the committee will need to create.

Finance Commissioner Kirsten Figueroa told the lawmakers the loss of tax revenue has not been as severe as projected, in large part because of federal aid over the past nine months. Figueroa said the full range of federal programs had provided well over $7 billion to Maine, much of it in extra unemployment benefits and the Paycheck Protection Program, both of which put dollars into the pockets of several hundred thousand Mainers. Those funds, plus direct stimulus payments, found their way into the Maine economy and spurred sales of a variety of goods and services, along with supporting personal income tax payments.

In addition, the Mills administration has been using $1.2 billion in federal CARES Act funding to pay for a range of services, a number of which have also helped the economy.

“We are in a storm,” said Figueroa, “these funds definitely helped to right the ship stay balanced during the pandemic.”

Referring to the need for another round of federal aid, still being debated in Washington, she said the state will face new financial problems if that does not appear.

"If we (do not) have continued help from the federal government we will see that impact.”

The Governor will issue a supplemental budget request on January 8 to make adjustments in the current budget between January and June to keep it in balance. At the same time, Gov. Mills is scheduled to release her proposed new budget for the next two years. Lawmakers were told current projections show that the budget will face a $400 drop-in tax revenue from 2019, meaning the Appropriations Committee will need to make some hard choices about cuts, tax increases, and use of savings.

“We will use all the tools in our toolbox to make sure we keep programs and essential services as whole as possible, and that we keep our bond rating and economic stability that have been hard-earned that we keep that in place,” said Sen. Cathy Breen (D-Falmouth), the co-chair of the committee.

The committee, she said, is also hopeful of a new round of federal aid, but that is not expected to solve the revenue problems for the new budget.