Lawmakers told current budget OK, but next year will have problems

Members of the Legislature received news Friday that the bad news wasn't all that bad. 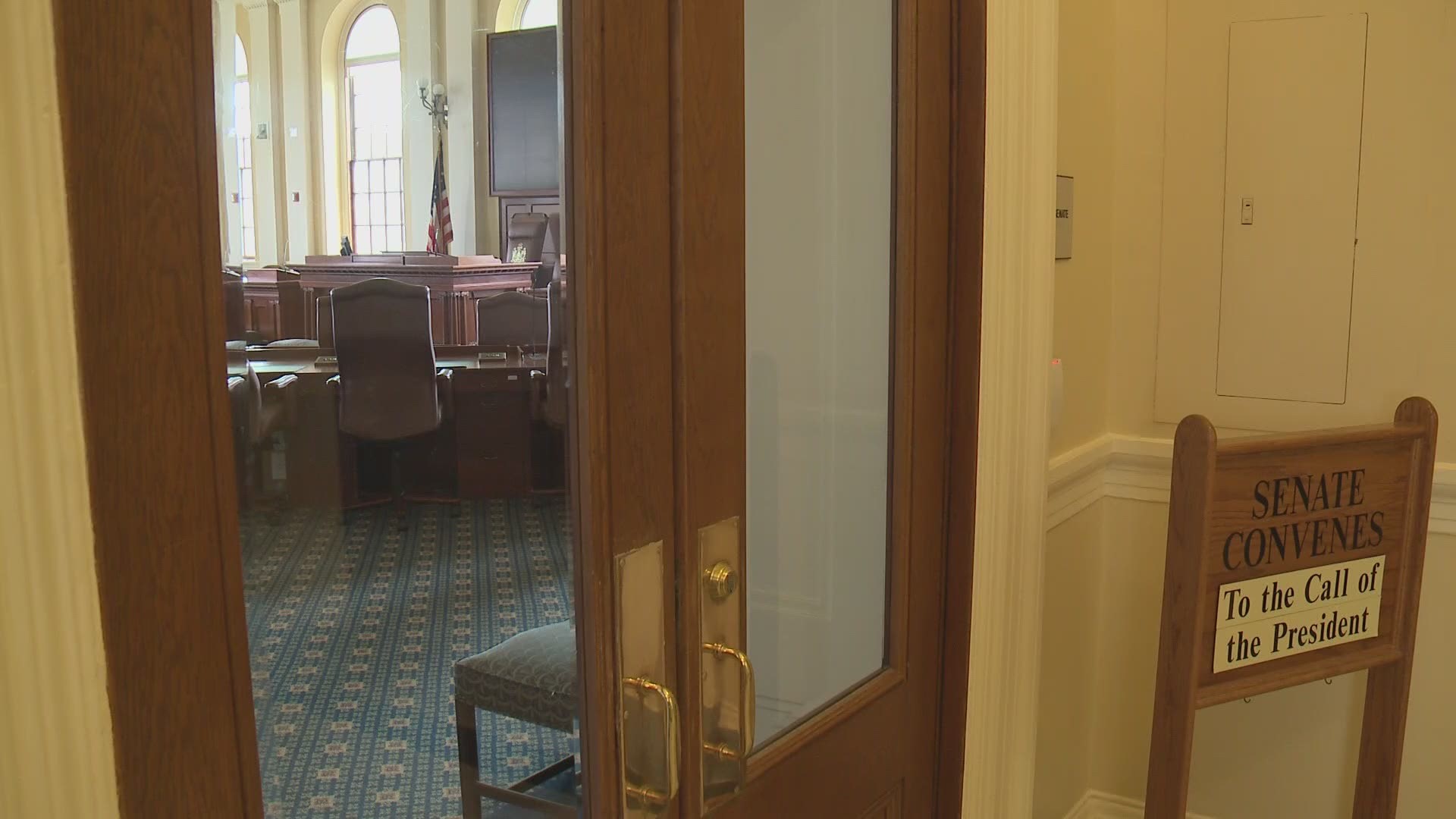 AUGUSTA, Maine — Members of the Legislature have been waiting for more than two months to hear the bad news. On Friday they heard it, for in the short term the news wasn't that bad.

The fight with coronavirus has taken a very big toll on Maine’s economy. And while more businesses will reopen as of June 1, individuals and businesses have already lost millions of dollars. That, coupled with the decision to delay income tax filing and payments to July, has caused a significant drop in state tax revenues, which pay for government services.

The Legislature’s Appropriations Committee learned how big a budget hole there is likely to be for the current fiscal year, which ends June 30. The good news is that while tax revenues are projected to be down significantly—roughly $150 to $160 million—Maine Finance Commissioner Kirsten Figueroa says the state will still finish the year with a balanced budget—and will not need to touch the state’s Rainy Day Fund.

“All those things have us feeling FY 20 is solid," Figueroa said.

Associate Commissioner Dr. Michael Allen, Maine’s leading tax expert, told lawmakers some sales tax categories have dropped dramatically, especially restaurant and hotel taxes, which he says will be down more than 60% from last year due to the virtual shutdown of those businesses. But other categories are doing well, he said, such as building material sales.

“People (staying at home) are going out and purchasing what they need. My neighborhood never looked so good," Allen said.

He reported car sales, a big income source, were very strong in the winter, as were most other categories, but that while sales of cars and trucks are down from last year they have not decreased as much in Maine as in some other states.

Some retail sales are way off because of business closures, but others, such as big-box department stores, have been up, and all of that impacts sales tax revenue.

“I think the good news on the sales tax side is we think we have taken the big hit. April was the worst month, as things start to open in May. Things aren’t great but we are seeing increased activity,” Allen said.

Figueroa told lawmakers the other big help was the Legislature and Governor, in early March, decided to drop many proposals for increasing the state budget, and instead set aside $192 million dollars in the General Fund as a safeguard against the pandemic.

Those funds, she said, allow them to make up for lost sales tax revenue and also offset the delay in income tax payments, which normally would have come April 15. The tax deadline was moved to July.

The end result, she told the Committee, is that at the end of June, FY 20 should be all right.

“We know we will have an FY 21 issue,” said the Commissioner, “But we have a year to figure it out. This doesn’t mean painting a rosy picture, but puts us in a good position to start that work.”

FY 21, all agreed, will be a much harder budget repair job. They won’t have an extra $192 million available, and the economy is expected to remain slow, resulting in less tax revenue.

“Right now the prediction is in the neighborhood of $525 million,
said Republican Sen. James Hamper. “There will be tough decisions to make this fall or early next year."

RELATED: Keep ME Open: Eagle's Nest Restaurant can't wait for its 'family' to come back inside

For now, the committee wants the Mills Administration to start sharing more of the decision making on financial issues. Lawmakers have been basically cut out of decision making since early March when they passed the budget and voted emergency powers to Gov. Mills. Democratic co-chair Sen. Cathy Breen said that cooperation could begin with decisions ion how to spend the $1.23 billion in federal CARES act funds Maine has received but has not spent, despite multiple requests for COVID-related financial assistance.

“The first order of business is to work with the administration to get the $1.23 billion of CARES act funding to business community groups, municipalities and other entities all over Maine that have worked so hard to shoulder the burden of this pandemic,” Breen said.

The Appropriations Committee is hoping to meet in the next week to start that work.

RELATED: Coronavirus ignited in US no earlier than mid-January, CDC study says