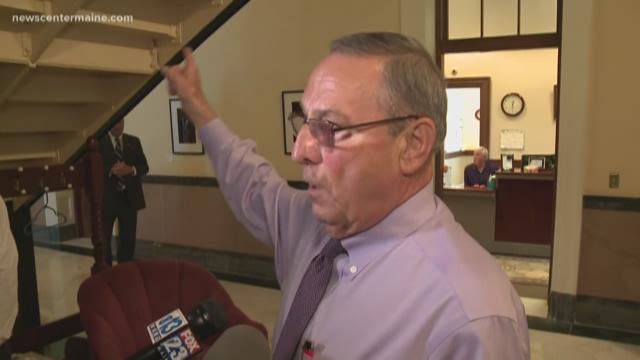 AUGUSTA (NEWS CENTER Maine)--The Maine House and Senate finally completed their work for the year and went home Thursday evening, but only after one final blow-up with the Governor.

Governor Paul LePage slammed legislators earlier in the day, particularly Senate President Mike Thibodeau. The Governor told reporters he was angry that the Senate had failed to pass his bill to protect elderly Mainers from losing their homes to foreclosure. The bill had been sitting in the Senate for months, and as of noon Thursday had not been acted upon, even though the Senate had been finishing up other pending bills. That led to LePage’s angry remarks.

He also spread the anger around the State House.

But the Governor’s public statement—and his threat to call lawmakers back for another special session if they fail to pass his bill— appear to have brought results. Late Thursday afternoon, the Senate amended and then passed the elderly foreclosure bill. The House followed, and the measure received final passage and was sent home Tom the Governor. So far, there has been no comment from LePage whether he will sign it.

The House and Senate then ended the special session, which had begun in June and dragged on through the entire summer, ending about one week before the beginning of Fall.