King: 'This is a compromise' as bipartisan group of lawmakers nears infrastructure deal

Maine Sens. Angus King and Susan Collins are among the 22 senators working to hash out a comprise on a federal infrastructure package. 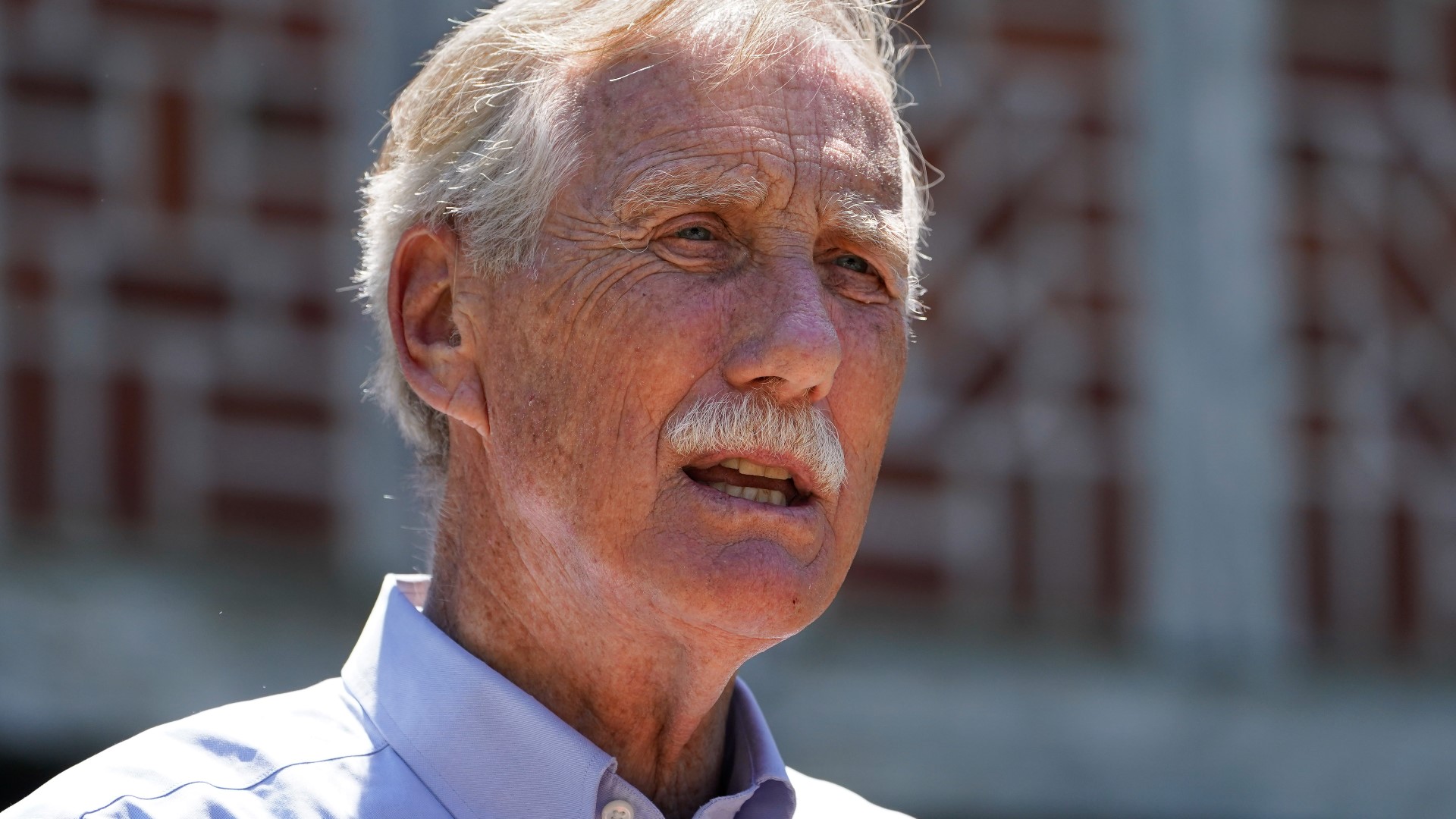 WASHINGTON, D.C., USA — Maine Independent Sen. Angus King said a bipartisan group of 22 lawmakers working to reach a deal on an infrastructure plan is close to a compromise.

"I keep saying we're close," King told NEWS CENTER Maine. "I asked some of the folks in the meeting yesterday where are we. I heard somewhere between the five yard line and the two yard line."

The group, including King and Republican Sen. Susan Collins, has been working for weeks to hash out the details of the near $1.2 trillion proposal.

Republicans blocked a procedural vote Wednesday as many called for a final vote on the package to be delayed until next week.

Collins, who has played a large role in leading the negotiations, was among those asking for the vote to be pushed.

The G22 released this joint statement on their work:

“We have made significant progress and are close to a final agreement. We will continue working hard to ensure we get this critical legislation right—and are optimistic that we will finalize, and be prepared to advance, this historic bipartisan proposal to strengthen America’s infrastructure and create good-paying jobs in the coming days. We appreciate our colleagues on both sides of the aisle, and the administration, working with us to get this done for the American people.”

.@SenAngusKing says a bipartisan group is close to reaching an #infrastructure deal. King & @SenatorCollins are among 22 sens. hashing out final details in time for a vote next week. When asked about if the plan goes far enough, he used @RollingStones lyrics. @NEWSCENTERmaine pic.twitter.com/gQqZFdT5cZ

Democrats have voiced concerns whatever compromise is reached could drastically dilute the Biden Administration's initial proposal and would not do enough to address climate change.

However, a separate $3.5 trillion Democratic proposal will seek funding for their priorities that would likely not be included in the compromise, like child care, education and health care.

While King would not elaborate on what specific issues are still being ironed out in the group, he said he is focused on ensuring broadband funding is a top priority.

"This is a compromise. This is a bipartisan negotiation," he said. "You know, my favorite philosopher Mick Jagger says, 'You don't always get what you want, but if you try sometimes, you get what you need.' So that's what we're trying to do."

A final vote is now expected to happen Monday.