The Texas attorney general is being investigated for professional misconduct for his filing of a lawsuit challenging the 2020 presidential elections. 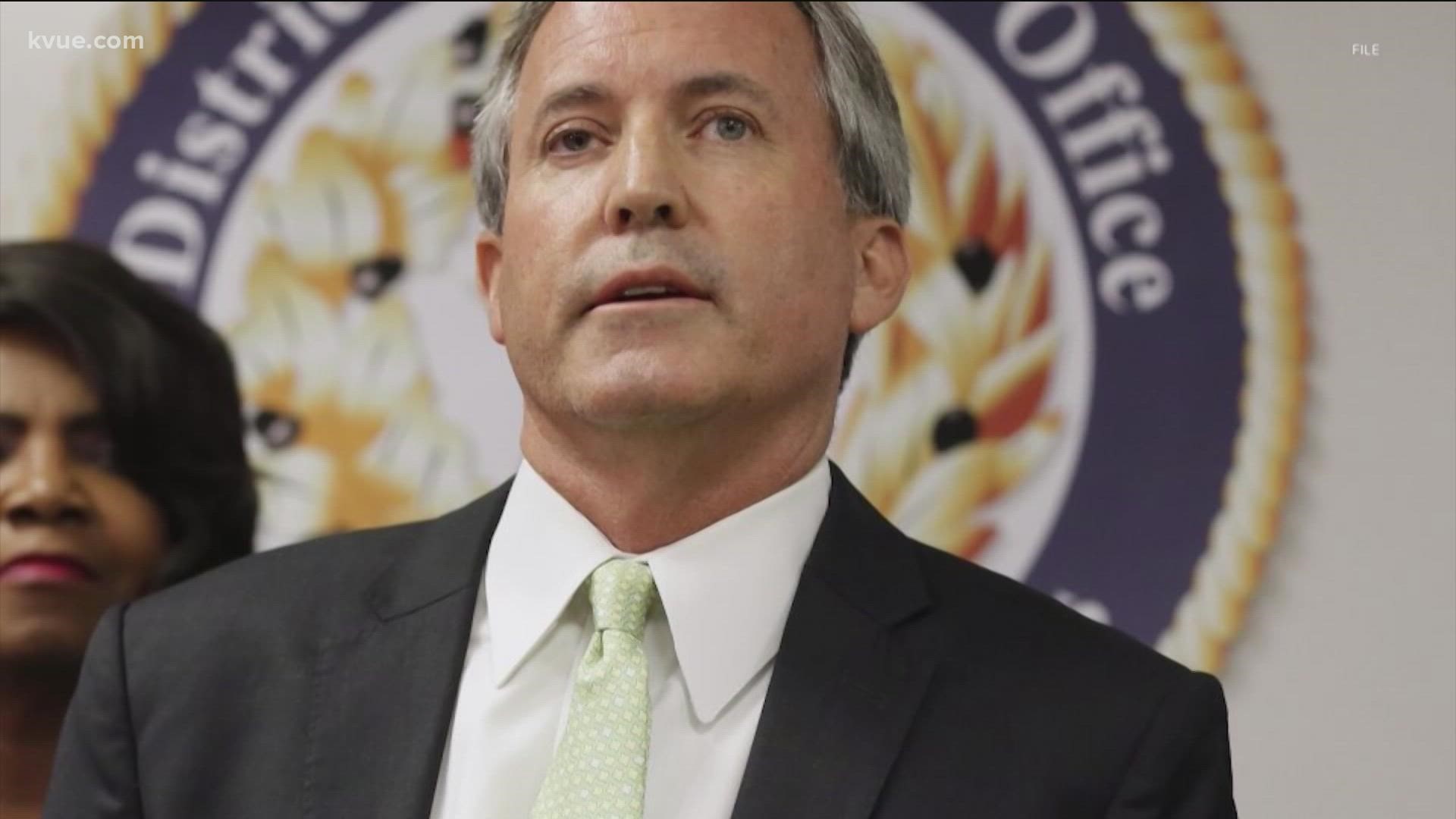 (Texas Tribune) The state's top officials came to the defense of embattled Attorney General Ken Paxton, saying a state bar investigation into his professional conduct is "politically motivated" and raises questions about the state's separation of powers.

On Friday, Paxton said he had filed an objection to a state bar investigation prompted by his decision to file a lawsuit challenging the results of the 2020 presidential elections in four battleground states. The U.S. Supreme Court dismissed the lawsuit, saying Texas did not have standing to file it.

Paxton called the state bar investigation "partisan" and said it was "weaponizing" its regulatory power against the attorney general's office.

“Texans know exactly what’s going on here,” Paxton said in a statement. “It is no surprise that a cabal of President Biden donors and voters are finding a way to retaliate against the work of my office for the State of Texas’s challenge to the constitutionality of the 2020 elections. Nearly half the nation joined Texas’s cause and two Supreme Court Justices voted to take up the case. I stand by our lawsuit. This is a total misuse of the Bar’s power and responsibility,” he said.

Amy Starnes, a spokesperson for the Texas State Bar, said her office could not discuss or confirm the existence of a pending investigation because of confidentiality rules.

In December, Paxton challenged the election results in the battleground states of Georgia, Pennsylvania, Michigan and Wisconsin, claiming those states had implemented pandemic-related changes to voting procedures that were illegal and cast doubt on the election's results. Those states replied that Texas had no business challenging their election protocols, and the Supreme Court agreed.

State and federal officials, including former U.S. Attorney General William Barr, found no evidence of widespread voter fraud in the 2020 elections, and Biden won all four of the states where Paxton challenged the results. A controversial review of the vote count in Arizona that was ordered up and financed by Republicans found no evidence of voter fraud this week.

"These allegations raise separation-of-powers questions under our Constitution," Abbott said in a statement. "I am confident that the Supreme Court of Texas, to which the State Bar of Texas is ultimately accountable, will ensure that the judicial branch upholds the law."

“It is clear the Investigatory Panel, stacked with Biden and Democrat donors and activists, has weaponized its state-granted power, intended to protect a fair and just practice of law, to instead launch an attack over political differences," he said in a statement. "These actions undermine the integrity of the Investigatory Panel and the State Bar of Texas as a whole."

Paxton accused "higher-ranking bar officials" of ordering an investigation into the complaint after it had been dismissed.

The state bar initially declined to take up a complaint filed by a Democratic Party activist that Paxton's filing of the elections lawsuit was frivolous and unethical. But the Texas Board of Disciplinary Appeals granted an appeal and ordered the bar to investigate the complaint.

That appeal claims that Paxton filed a frivolous lawsuit that he knew had no merit and included knowingly false statements that had been debunked in other lawsuits that had challenged the 2020 presidential election's results.

A group of lawyers who filed a separate complaint said in August the state bar was also investigating their claim.

This article originally appeared in The Texas Tribune.

Woman called in bomb threats to factory because she wanted time with her boyfriend, police say