Joe Biden, Bernie Sanders, Elizabeth Warren, and Gov. Janet Mills are among the featured speakers at the 'Rise & Organize' virtual rally, set for Sunday at 3 p.m. 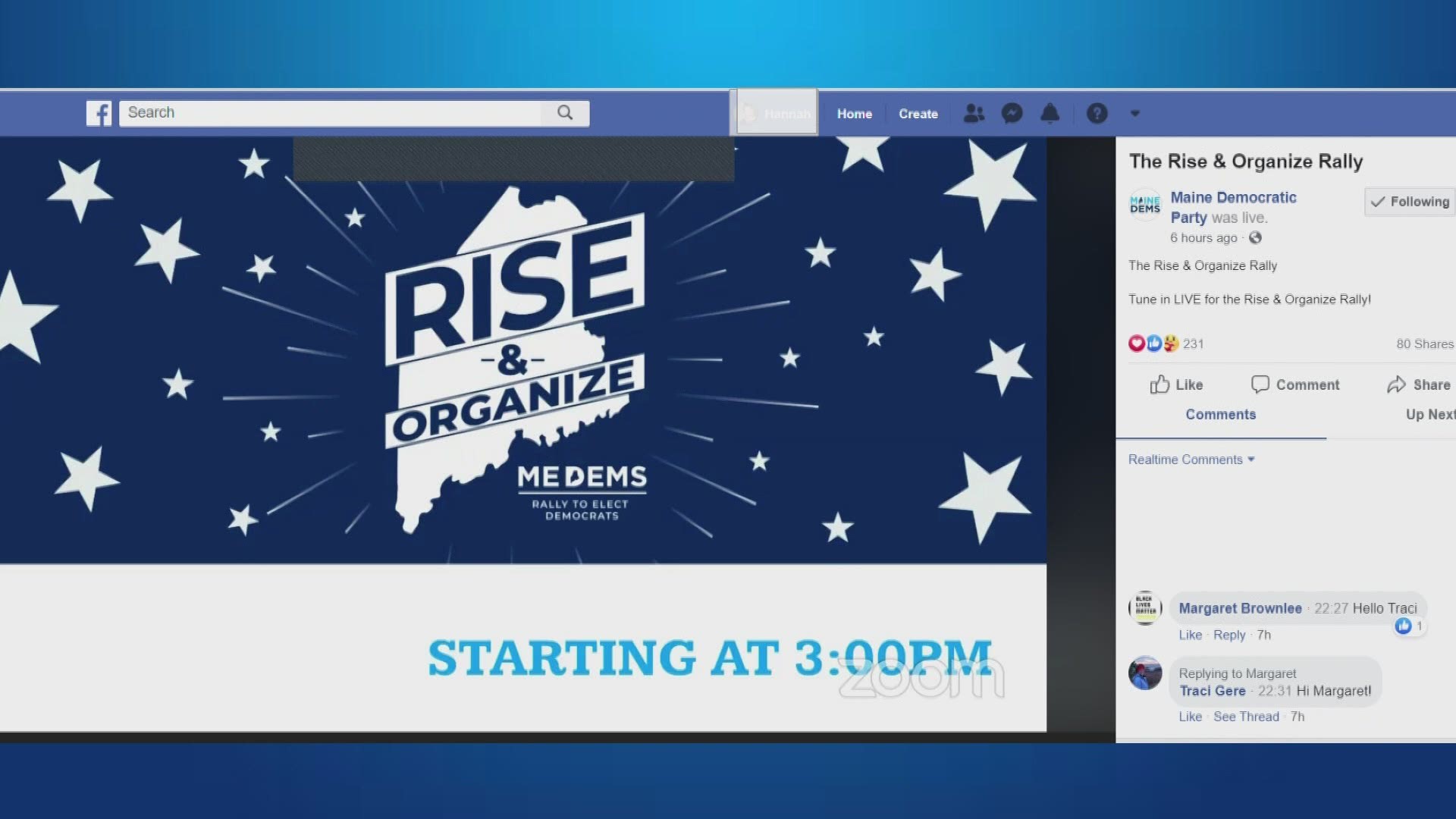 AUGUSTA, Maine — The Maine Democratic Party announced Friday that former Vice President Joe Biden will be the featured guest in their upcoming "Rise & Organize" virtual rally, set for Sunday, May 31 at 3 p.m.

The rally speaking schedule is as follows:

The three remaining Democratic U.S. Senate candidates are looking to unseat Republican Sen. Susan Collins. It was reported that likely Democratic frontrunner Gideon lead Collins in fundraising after a $7.1 million haul in the first quarter of 2020. Collins, meanwhile, raised $2.4 million this quarter, bringing her total fundraising to date to $13.2 million.

“Times are tough, and there’s no question that the coronavirus has changed our lives. But that just means we have to hold tight to our Democratic values and do the hard work of organizing to make sure those values win this November,” Marra continued. “We all have to take an active role in making sure we succeed in our mission to elect Joe Biden, defeat Susan Collins, re-elect Chellie Pingree and Jared Golden, and expand our majorities in the State Legislature. We encourage Democrats to join us on May 31 to show support for Maine Democrats and get ready to Rise & Organize together.”

The Maine Democratic Party canceled the 2020 State Convention in Bangor due to the coronavirus, and earlier this month announced they will be holding remote elections this weekend, May 29-31.

The Maine Republican Party has not announced plans for its state convention, which was scheduled for May 1-2.

The rally will be streamed live on Facebook and other streaming platforms. Those who wish to attend can get their free virtual tickets here.