Her swing district supported Trump in '16. 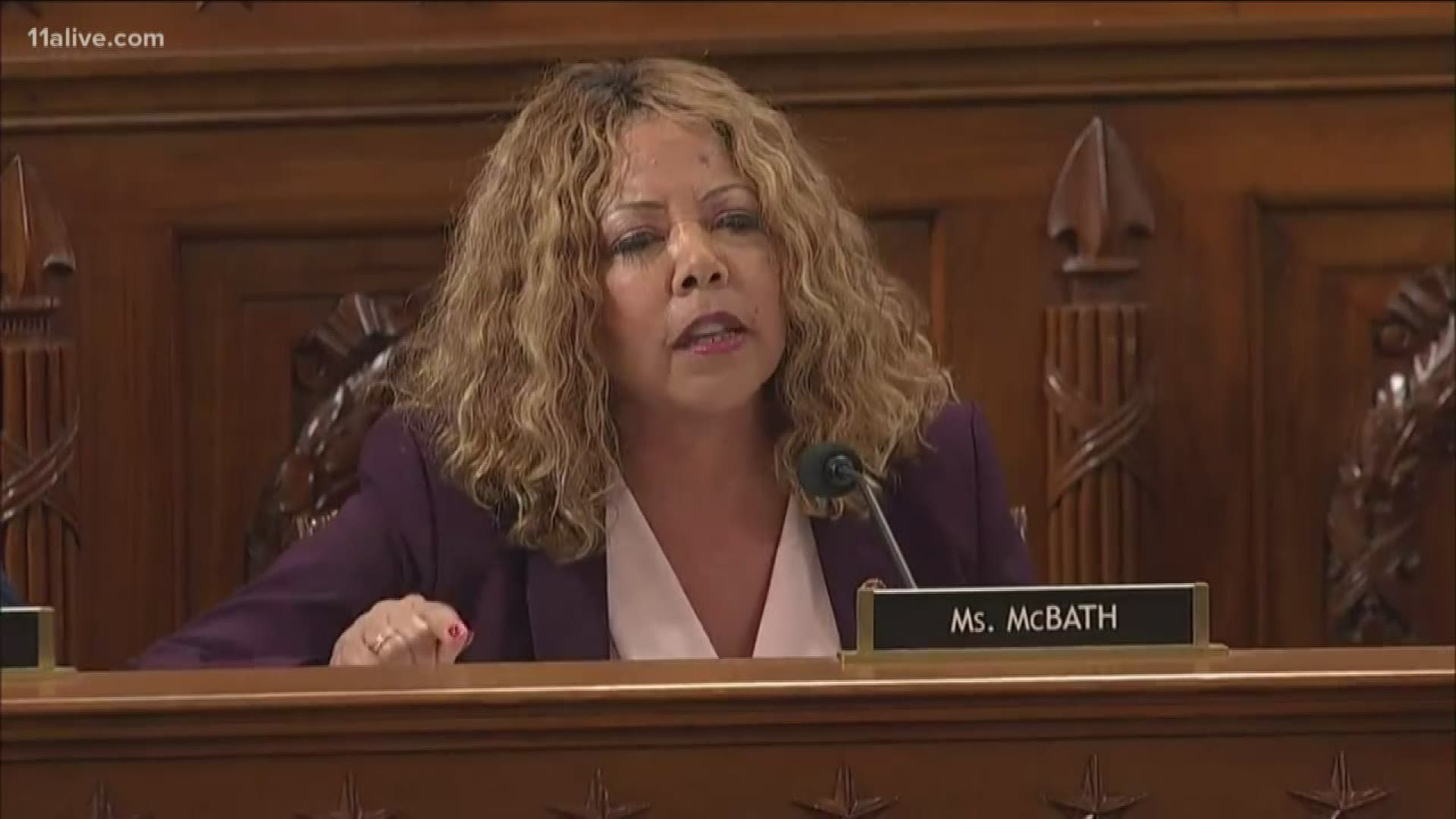 As the U.S. House of Representatives debates impeachment, activists on both sides are targeting members of Congress in swing districts. They include Lucy McBath, the freshman Democrat who won Georgia's 6th District last year.

Rep. Lucy McBath has walked a political tightrope since taking office, but impeachment has forced her to make a divisive choice.

"I believe the president abused the power of his office," McBath said last week from her seat on the House judiciary committee.  "For that, I must vote my conscience."

Her vote could be a flash point as she faces re-election next year -- likely, against the same Republican she unseated last year, Karen Handel.

The 6th district caps the inner suburbs of Atlanta’s northside. Three short years ago, Republican Tom Price held the congressional seat.  When he resigned to take a place in the Trump cabinet, Democrat Jon Ossoff and Handel broke Congressional campaign spending records for the seat Handel won in a special election.

More than a year later, Democrat McBath unseated Handel. Next year, Handel is seeking a rematch.

"The position McBath is in is one of no good choices. She really can't be against impeachment," said Republican strategist Brian Robinson, a 6th district resident. He said his neighbors in the 6th district aren’t necessarily fans of President Trump.  But he said they also don’t favor the impeachment supported by McBath.

"If she was against it, she would lose her strongest supporters of voters and donors. So she’s got to do this," Robinson said. "But in doing so, she’s taking a stand that opposes the majority position in her district."

But McBath has other issues that are likely to emerge again– including her efforts to change gun laws.  Democrat State Rep. Scott Holcomb, another 6th district resident, thinks McBath’s willingness to impeach the president will be a re-election asset.

RELATED: 'He gave us no choice': Nancy Pelosi opens debate on Trump impeachment

Holcomb and Robinson think there’s a very good chance that 11 months from now, impeachment will be mostly an afterthought in the 6th district campaign.

'They were sitting on the couch together ... and out of nowhere they were murdered'