‘I’m concentrating on my own race’: Collins dodges question about supporting Trump

Collins said she hopes to show Mainers she can work with presidents of both parties, citing her work with President Donald Trump and former President Barack Obama. 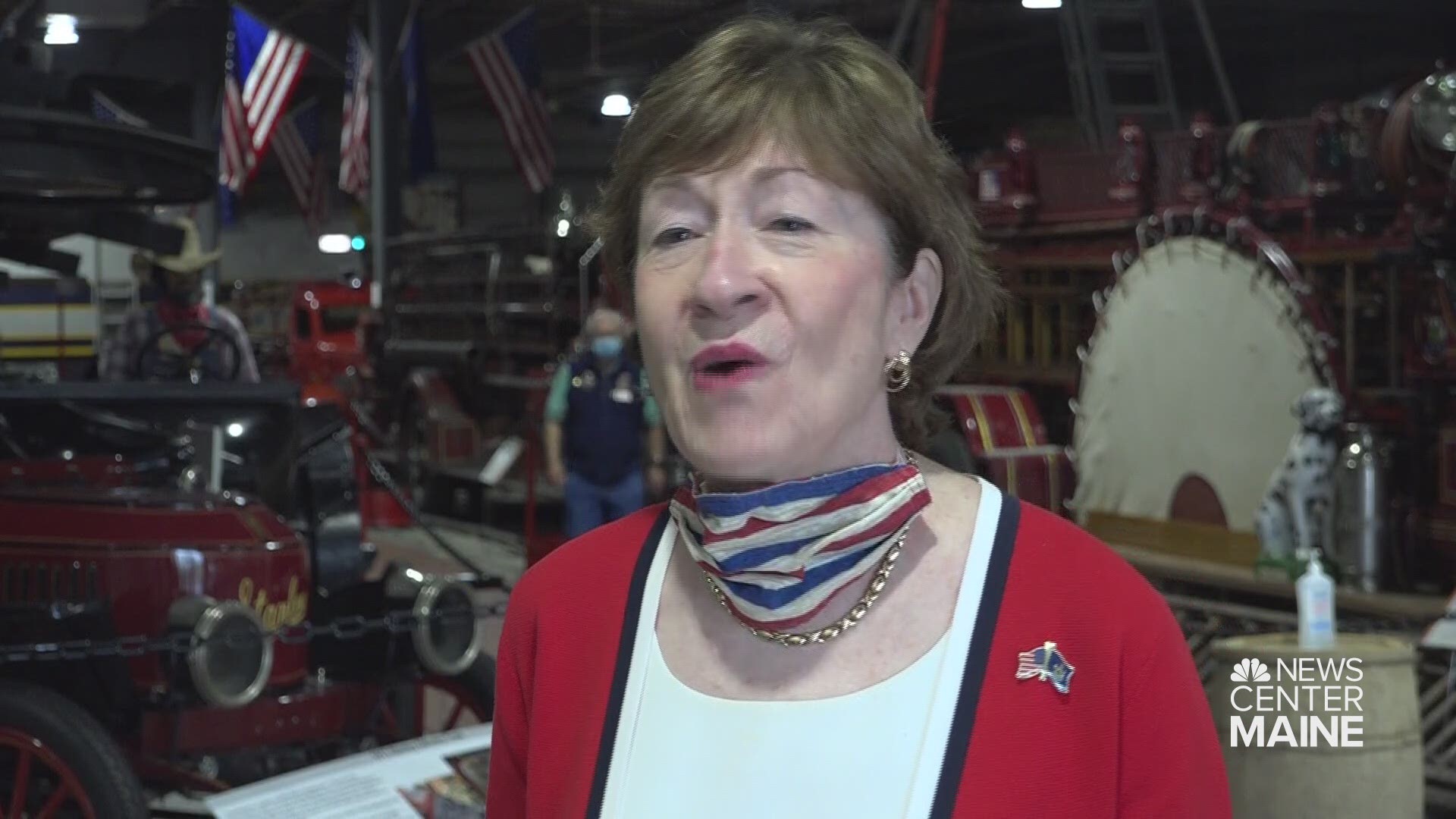 BANGOR, Maine — Republican Sen. Susan Collins, who is fighting to keep her Senate seat in one of the country’s most notable races, said Tuesday she’s focusing on her own race, again offering no indication of whether she is supporting President Donald Trump.

Collins was in Bangor Tuesday afternoon to commemorate the centennial anniversary of the Disabled American Veterans at the Cole Land Transportation Museum. At the event, she spoke with NEWS CENTER Maine about the presidential race, one day after her party officially nominated Trump at the Republican National Convention.

When asked whether she is supporting Trump in his reelection campaign, Collins dodged the question, saying, “You know, I’m concentrating on my own race, you may have noticed it’s a pretty vigorous race this year.”

It’s a sentiment she’s repeated for months, despite being endorsed by the President.

In December, Trump endorsed Collins in the Senate race, but Collins has refused to say how she will vote come November. She has said, however, that she would not attack Biden.

In an interview with The New York Times in July, Collins said, "My inclination is just to stay out of the presidential and focus on my own race. As for Biden, she said she knows Biden "very well" from their time serving on the Senate together and it goes against her campaign policy to campaign against her Senate colleagues.

On Monday during a call with reporters ahead of the Republican convention, Maine GOP Party Chair Dr. Demi Kouzounas said, "I'm a huge Trumpster...and also a huge Susan Collins supporter. They are not mutually exclusive. They both have their jobs to do. They both support each other."

Collins did say on Tuesday she hopes to show Mainers she can work with presidents of both parties, citing her work with Trump and former President Barack Obama.

I’m voting for @JoeBiden in November.

But the Maine Democratic Party isn’t backing down and has continued to push the issue to Maine voters.

Maine Dems Party Chair Kathleen Marra said, “Her continued refusal to give an honest answer to this straightforward question is all the evidence voters need that after 24 years in Washington, Collins is more interested in playing politics than telling the truth.”