If you're a registered 'Green Independent' and want to vote in Maine's presidential primary you can, here's how

Green Independent voters in Maine can cast their vote for a presidential candidate in a primary election but there's a process and a fast approaching deadline. 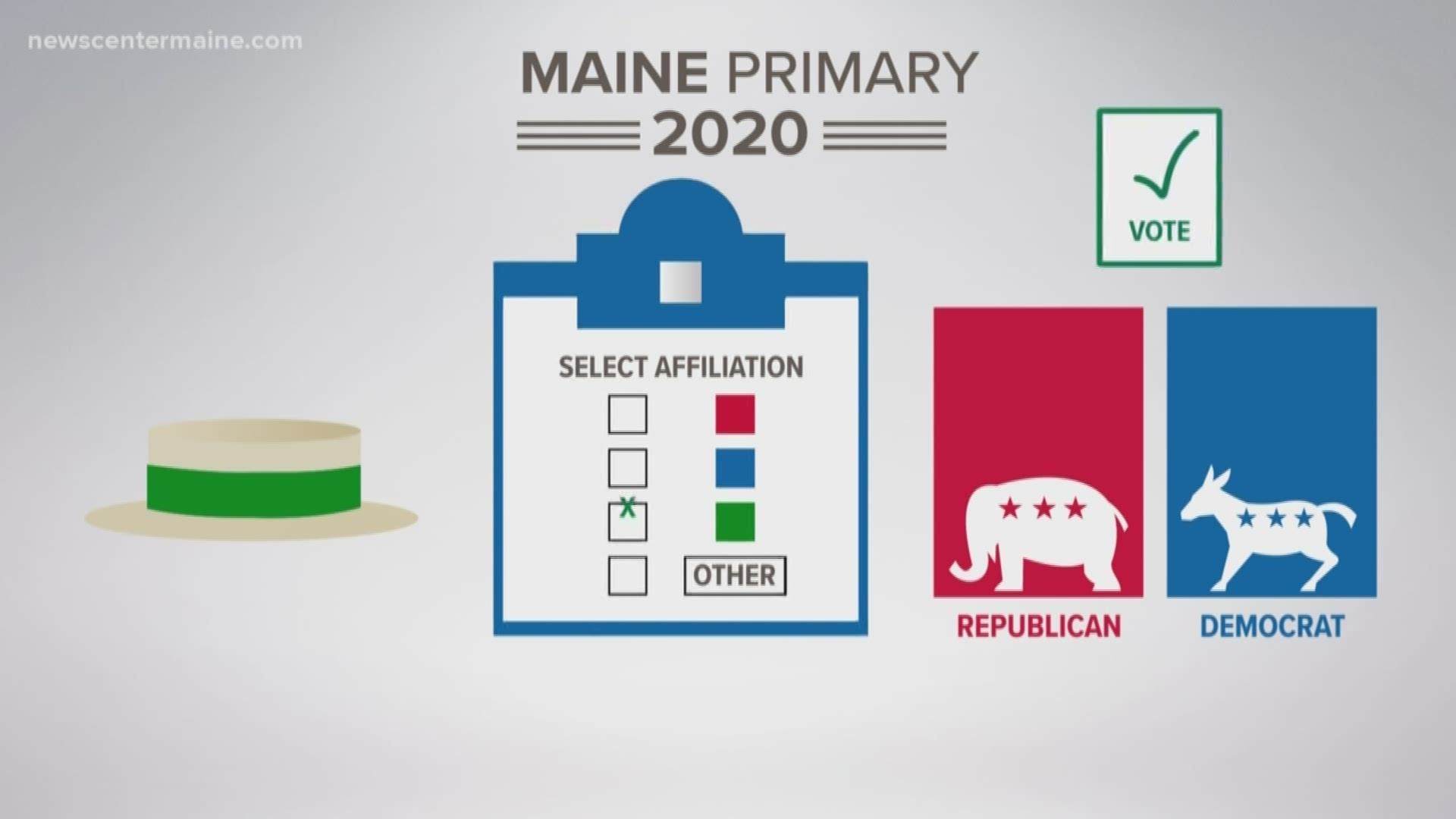 MAINE, Maine — Mainers are less than one month away from voting in this year's presidential primary election, and while every registered voter can cast their vote on Question One, you have to be part of the Republican or Democratic party to weigh in on the Presidential election side of things.

So, what about those in Maine who are registered in Maine's third party, the Green Independent Party. Can they have a say? Turns out they can, but there's a process and fast-approaching deadline.

Now, before we go any further, it's important to note that those who are a registered 'Green Independent' are not the same as an 'un-enrolled' independent voter.

If someone is un-enrolled, it means they are registered to vote but do not identify with any specific party. They can still register with a party the day of the Primary Election.

However, if someone is registered as a 'Green Independent' in Maine, they can vote on Question One, but will not be allowed to vote on the presidential side of things. Instead, if they would like to do so, they must switch their party affiliation before this coming Friday, February 14th.

According to the Secretary of State's website, the cutoff date is normally 15 days before the day of the election. This year that date would fall on a holiday, so it was pushed up.

If you're wondering if switching from the Independent Green party means you can never go back, the answer is no. You can re-register with the Green Independent Party, or whichever party you affiliate with, after three months.

More information and tips can be found here.

RELATED: A few minutes with Andrea Mitchell of NBC News