'I didn’t really feel that I got a response': Defense balks at Collins' question about Trump's actions during Capitol breach

Maine Republican Sen. Susan Collins asked questions Friday during the impeachment trial about Trump’s actions during the breach at the U.S. Capitol 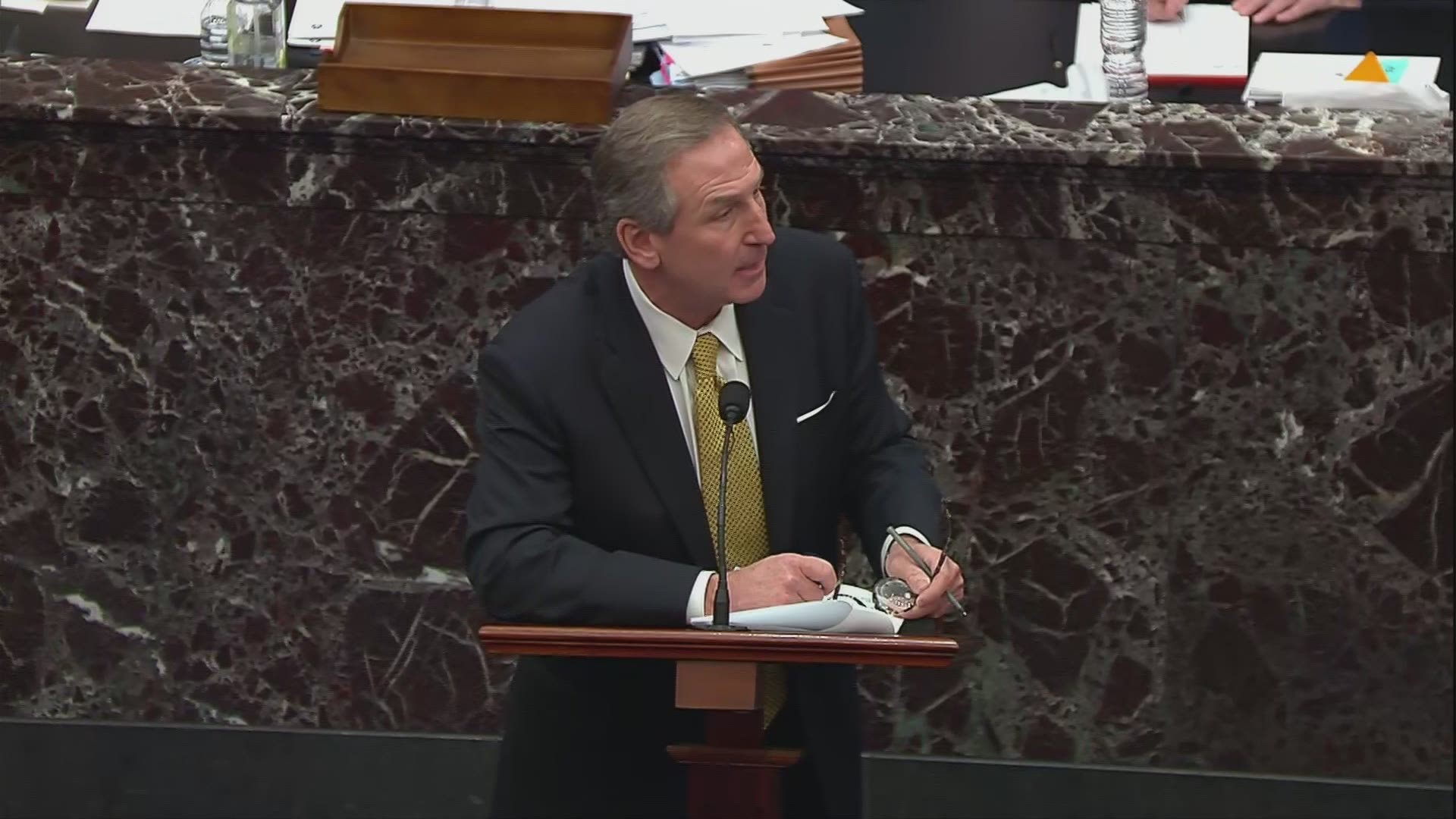 Maine Republican Sen. Susan Collins asked questions about Trump’s actions during the breach at the U.S. Capitol. One question was asked alongside Alaska Sen. Lisa Murkowski, and another was with Sen. Mitt Romney of Utah.

Collins and Murkowski asked the defense: Exactly when did President Trump learn of the breach of the Capitol, and what specific actions did he take to bring the rioting to an end? And when did he take them? Please be as detailed as possible.

Trump defense attorney Michael van der Veen responded by saying, “House Managers have given us absolutely no evidence one way or another onto that question.”

Van der Veen continues to say they were able to piece together a timeline, going back to Dec. 31 and Jan. 2, showing the interaction between authorities about getting security for the rally on Jan. 6.

The Capitol was breached at 2 p.m.

“And that's the problem with this entire proceeding,” van der Veen continued. “The House managers did zero investigation, and the American people deserve a lot better than coming in here with no evidence. Hearsay on top of hearsay on top of reports that are of hearsay. Due process is required here. And that was denied.”

The defense did not specifically say what actions Trump took to bring the rioting to an end, as Collins and Murkowski asked.

Murkowski and Collins sit right next to each other. Murkowski gently shook her head at Collins after the answer https://t.co/6K9n6PwgtG

After the trial ended for the night, Collins told reporters on Capitol Hill, "I didn’t really feel that I got a response but I’m not sure that that was the fault of the counsel."

"One of the problems is with the House not having hearings to establish exactly what happened when," Collins said. "I was hoping that one side or the other would have, because I think it’s a very important question, of when did the President know that the barricades were breached and what did he do at what time to stop the rioting and so I wish I had gotten the answers to that."

Susan Collins: “I didn’t really feel that I got a response but I’m not sure that that was the fault of the counsel. One of the problems is with the House not having hearings to establish exactly what happened when, it’s difficult to answer a question like that."

Later in the trial Friday evening, Collins and Romney posed the following question to both sides:

When President Trump sent the disparaging tweet at 2:24 p.m. about Pence, was he aware the VP had been removed from the Senate by the Secret Service for his safety?

House impeachment manager Rep. Joaquin Castro, D-Texas, responded first by citing a tweet sent by Trump at 2:24 p.m., where Trump said: “Mike Pence didn’t have the courage to do what should have been done to protect our Country and our Constitution, giving States a chance to certify a corrected set of facts, not the fraudulent or inaccurate ones which they were asked to previously certify. USA demands the truth!”

As noted, the Capitol was breached at 2 p.m.

"The whole world knew it," Castro said. "All of us knew it."

Castro said the facts are in dispute—Trump "had not taken any measures to send help to overwhelmed Capitol police."

"As president at that point, when you see all this going on and the people around you are imploring you to do something and your vice president is there," Castro said. "Why wouldn't you do it?"

Tuberville told reporters on Capitol Hill this week that he spoke to Trump and informed him that the mob closed in on the Senate and told Trump that Vice President Mike Pence was evacuated for his safety.

RELATED: Sen. Mike Lee objects at impeachment trial to prosecution references to him

"That was shortly after 2 p.m., there were still hours of chaos and carnage and mayhem," Castro said. The vice president and his family were still in danger at that point. Our Commander in Chief did nothing."

Van der Veen then took the floor to respond, and said, "The answer is 'No.'"

"At no point was the president informed the vice president was in any danger," he said, "because the House rushed through this impeachment in seven days with no evidence, there is nothing at all in the record on this point because the House failed to do even a minimum amount of due diligence."

Tuberville is on record to a reporter saying he told Trump that Pence had just been evacuated. https://t.co/FdMyte8ra4

"There was a violent riot happening at the Capitol, that's why [Trump] repeatedly called via Tweet and via video for the rise to stop, to be peaceful to respect Capitol police and law enforcement, and to commit no violence and to go home," van der Veen said. "But to be clear: this is an article of impeachment for incitement. This is not an article of impeachment for anything else. So, one count. [The House] could have charged anything they wanted, they chose to charge incitement."

Van der Veen concluded his answer to Collins' and Romney's question by saying the question is "not really relevant to the charges for the impeachment in this case."

RELATED: Sen. Susan Collins responds to constitutionality of impeaching a president no longer in office 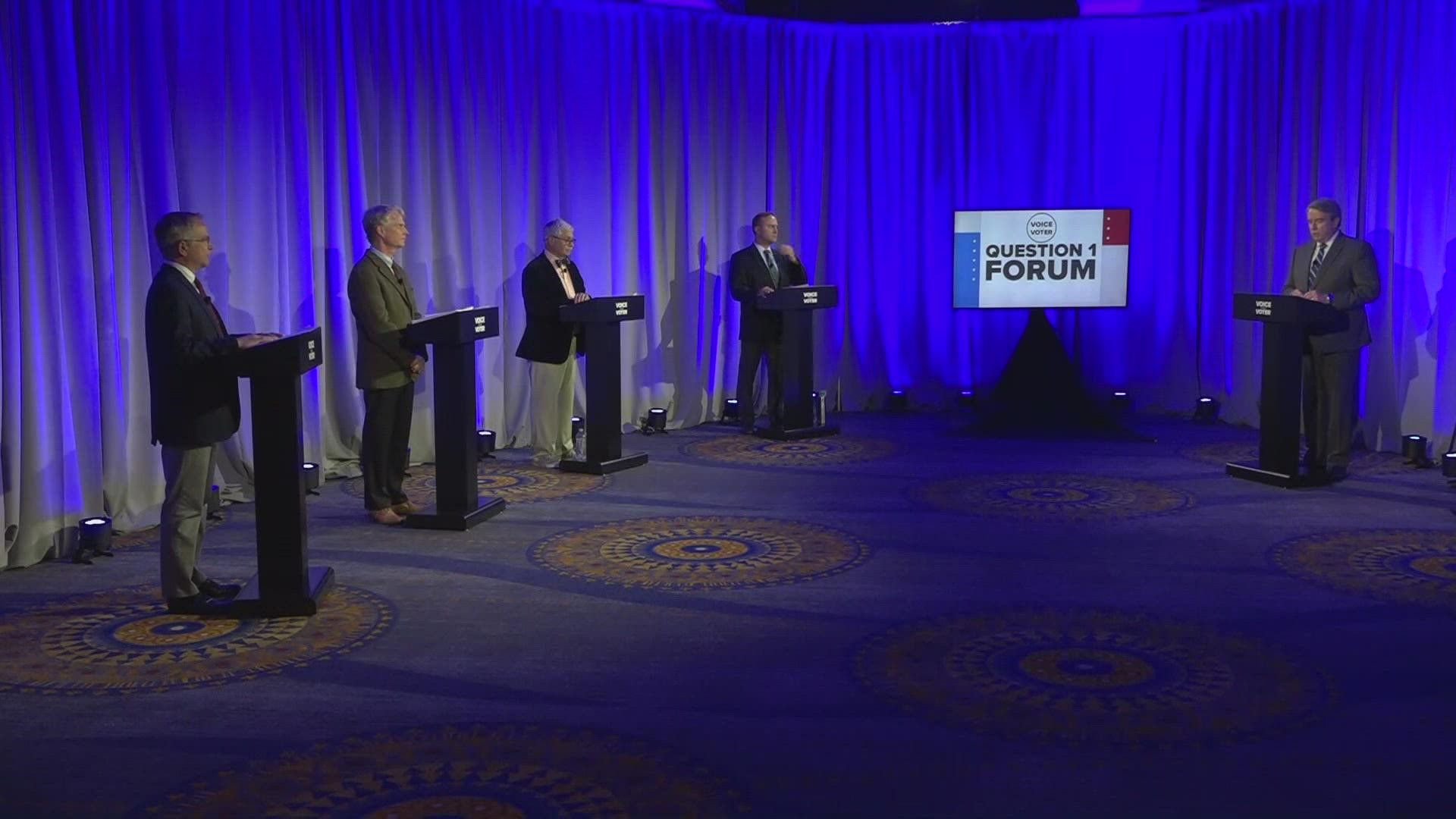