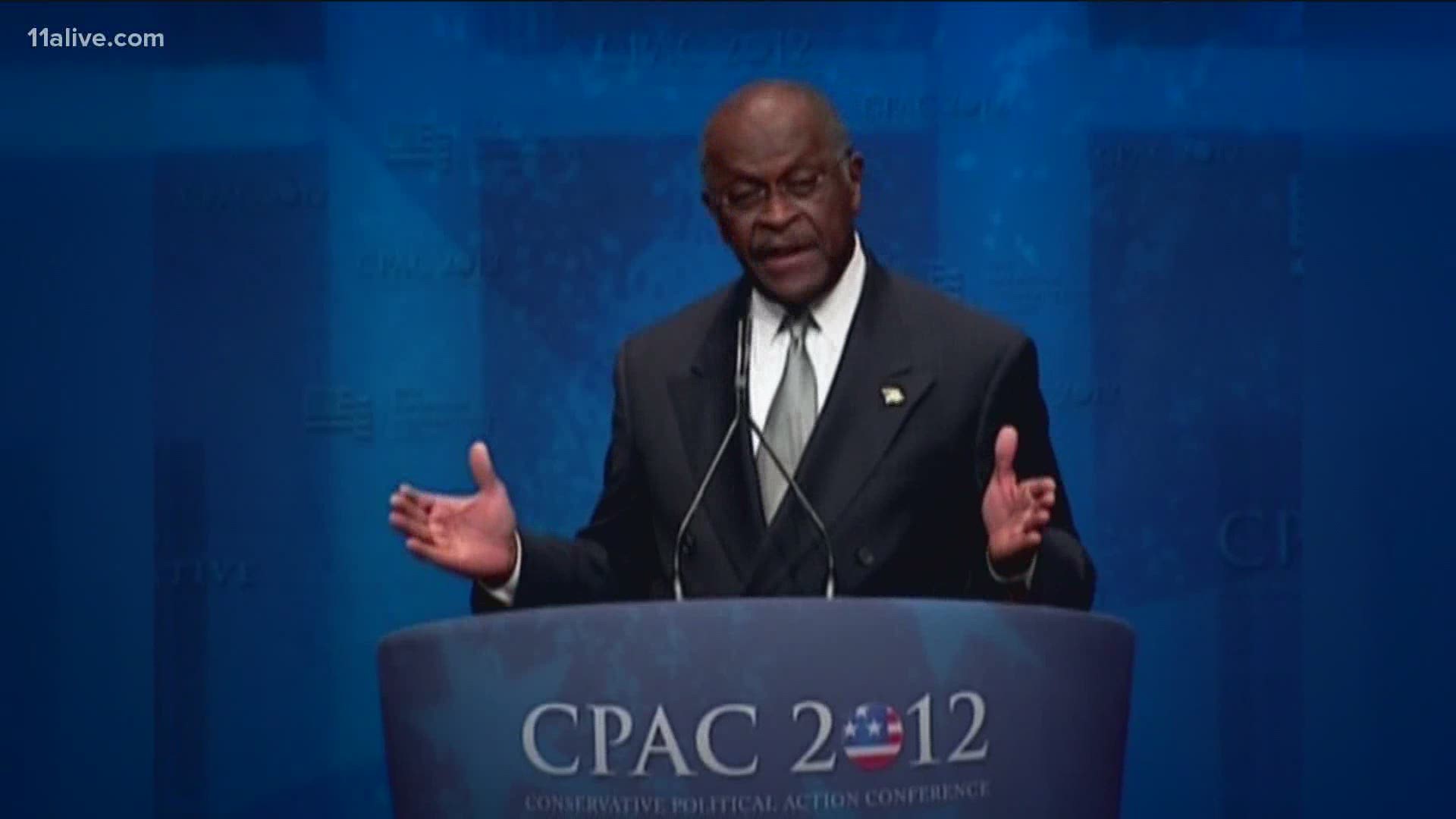 ATLANTA — UPDATE: The funeral has concluded.

Cain died last week after an extended battle with COVID-19. He was 74 years old.

His services will begin at 11 a.m. at the Alfonso Dawson Mortuary in west Atlanta. 11Alive will stream the funeral here and on our YouTube channel.

A public viewing for Cain was held yesterday at the Dawson Mortuary.

Following his death last week a message was posted to his Twitter account asking for donations to a scholarship fund in his name in lieu of flowers.

RELATED: President Trump shares sentiments over death of Herman Cain: 'He was a dear friend of mine'

"Obviously, we appreciate and thank you all for the outpouring of support but, in lieu of flowers, Herman's family requests donations to:

In memory of HC”

Before his death, the Morehouse graduate had just started hosting a new show on Newsmax TV. This came after he left FOX News as a contributor to head a Super PAC.

Cain began his business career climbing the corporate ladder at Pillsbury and then Burger King. He was most known to many as CEO of Godfather's Pizza.

After his death, President Donald Trump remembered him as a "wonderful man and a dear friend of mine."

"I got to know him very well, and unfortunately, he passed away from the thing called the China virus, and we send our prayers to Herman's great wife, Gloria, wonderful family," the president said.

Gov. Brian Kemp also took to Twitter to offer his condolences. He said Cain⁩ "was an unwavering patriot, a conservative stalwart & a deeply wise, thoughtful man who lived the American Dream. He was truly one of a kind & his loss is devastating to many, including our family. Please pray for his loved ones, friends & colleagues."

Dan Calabrese, a contributor to the conservative commentary that featured on his website, wrote in a message: "He’s entering the presence of the Savior he’s served as an associate minister at Antioch Baptist Church in Atlanta for, and preparing for his reward."