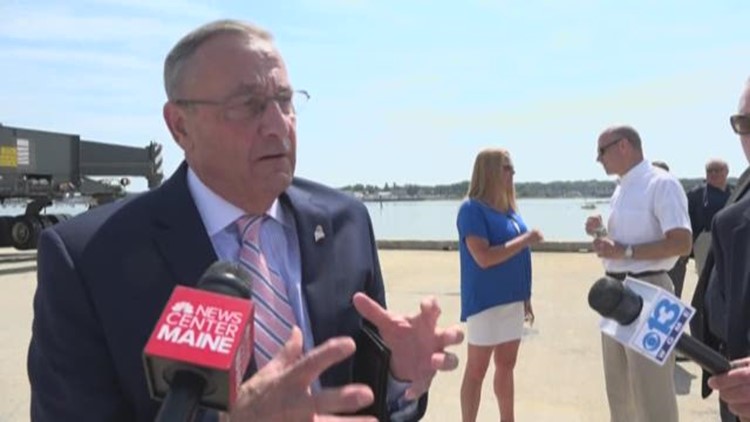 PORTLAND, Maine (AP) — Maine could pay up to $200,000 for a Boston-based lawyer to defend the LePage administration in a lawsuit over voter-approved Medicaid expansion.

The Department of Health and Human Services in a state form dated Monday proposed increasing the cost of a no-bid contract with law firm Consovoy McCarthy Park from $100,000 to $200,000 through December. The Associated Press' review of a state database shows Maine has paid out nearly half a million dollars to two laws firms that have represented the administration as outside counsel since 2014.

Democratic Attorney General Janet Mills, a gubernatorial candidate, has allowed the governor to hire lawyer Patrick Strawbridge as outside counsel. Her office refused to defend LePage's administration against the lawsuit, and Chief Deputy Attorney General Linda Pistner said at the time that the office could take "whatever position the public interest requires in the pending litigation."

The lawsuit aims to force the LePage administration to start seeking more than $500 million in annual federal funding for expansion.

Department of Health and Human Services spokeswoman Emily Spencer said Wednesday that the state had to amend the contract to account for the extra time and resources that the outside counsel requires.

"We share those concerns surrounding the cost to Maine taxpayers, who will ultimately bear the financial burden for both the AG's refusal to represent the administration and the cost of expansion itself," Spencer said.

In Maine, the attorney general can decide whether to represent the governor based on what he or she believes is in the public interest, according to a 1989 Maine Supreme Judicial Court decision. Mills, who earlier this year proposed using one-time tobacco settlement funds to pay for voter-approved Medicaid expansion, didn't immediately respond to requests for comment.

Maine's online database of governmental spending shows Maine's risk management claims fund paid out $92,098 for legal services to the firm from January through May. The firm's lawyer Strawbridge has represented the governor in several legal issues in the last year, including lawsuits over critics blocked from the governor's Facebook page, the LePage administration's steps to close a rural minimum-security prison and the governor's moves to hold up public campaign funds.

LePage last year sued Mills for refusing to represent his positions in court and joining a legal effort in support of protections for young immigrants facing deportation. Maine's attorney general is the only one in the country to be appointed by the Legislature.

Maine has paid out nearly $478,000 since 2014 to Consovoy McCarthy Park and a Portland law firm that have represented the LePage administration, according to the state's database, last updated in late June. That includes about $216,000 from Maine's general fund and $262,000 from the state's self-insurance fund.