Governor Janet Mills supports the Central Maine Power transmission line from Canada but said she does share some of the public's concerns. 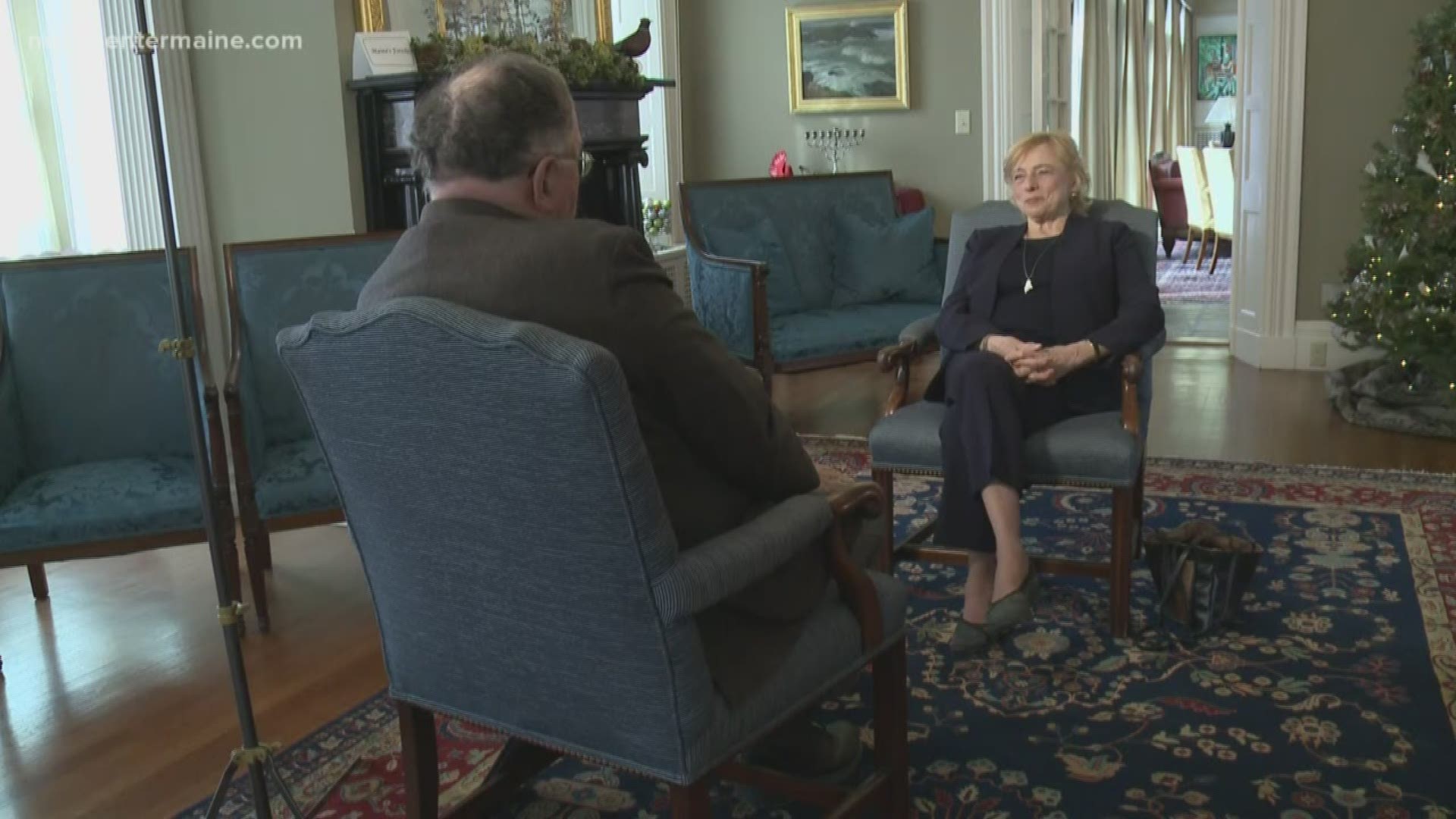 AUGUSTA, Maine — Governor Janet Mills on Monday said she stands by her support for the Central Maine Power transmission line from Canada, but said she does share the public’s concerns about CMP’s billing and power outage problems.

The Governor’s comments came during a Monday interview at the Blaine House with NEWS CENTER Maine.

Gov. Mills surprised and angered some people last year when she came out in support of the NECEC power line project in western Maine. Mills said the reduction in carbon emissions and financial benefits to Maine as part of the project agreement with the PUC still convince her to support the power line.

“People I know, good friends of mine, are on the opposite side, but I want to know we debate with facts, not emotion,” the Governor said.

“I share people’s concern about billing practices, their [CMP] sudden need for a rate increase, their apparent inability to get a handle on storm relief and ability to avoid blackouts and brownouts. “

The Governor went on to say that, as a regulated monopoly, the state has a right to put pressure on the utility for those answers.

“The state still has the right to regulate that monopoly and I think there are things we can be able to do to make sure our utilities are reflective of Maine priorities, rather than Spain’s.”

CMP is part of a large international company, based in Spain, called Ibadrolla.

The Governor said she has not met with CMP to talk about those concerns and s added that regulation and oversight is what the Public Utilities Commission is for.

As for a proposal in the Legislature to create a public-owned utility to take over CMP and Emera, the Governor said there are better ways to address the problems.