'We are doing these things now, because we believe the irrefutable science,' Mills said. 'Maine won't wait.' 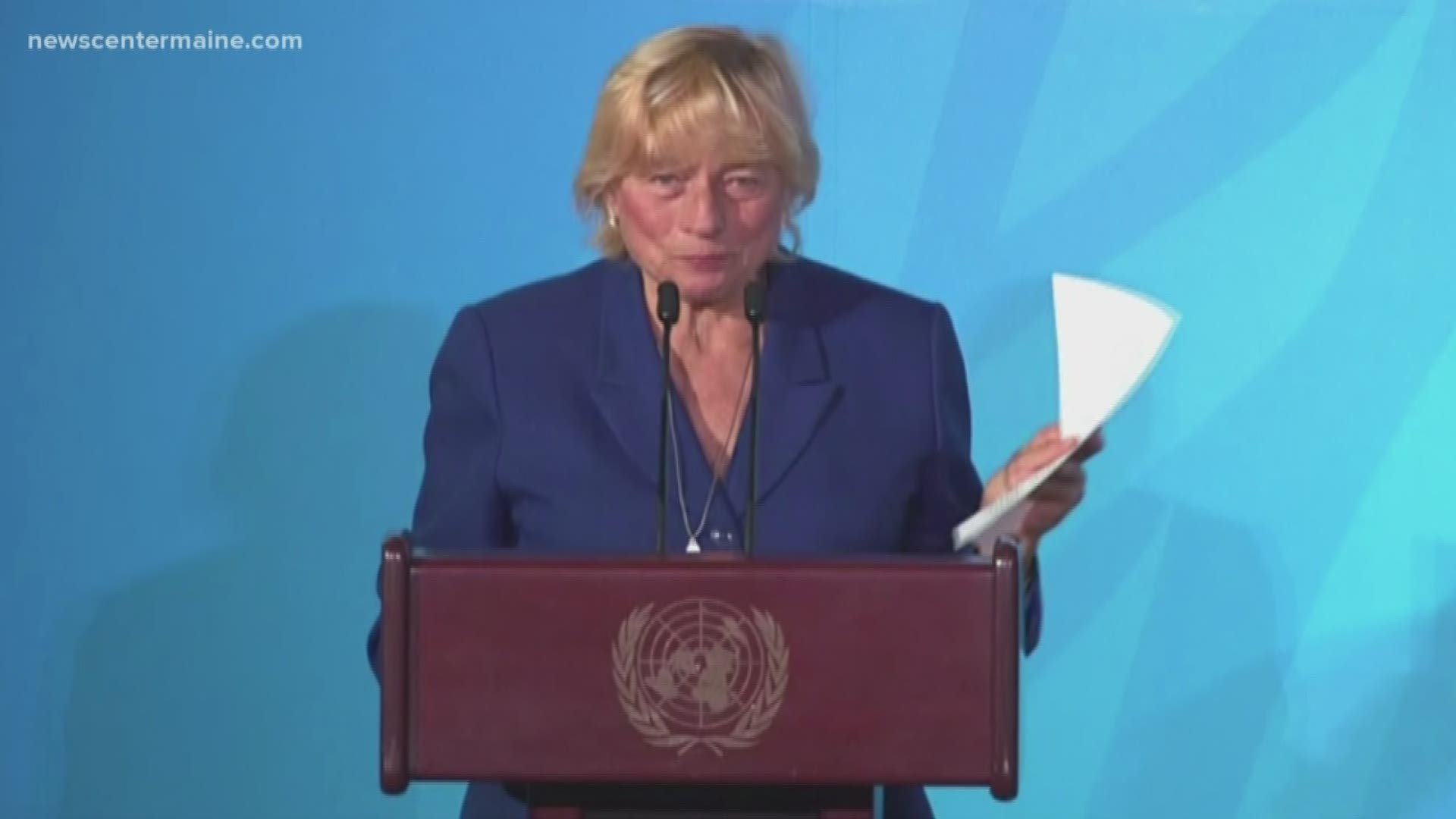 PORTLAND, Maine — Gov. Janet Mills made history, as she became the first sitting Maine governor to address the United Nations. The governor spoke to the UN as part of a special climate action session in New York, at the invitation of the secretary-general.

Mills was only allowed two minutes to speak, as a member of a panel that featured the president of Turkey and other international leaders. She praised the steps Maine has taken over the past six months to reduce emissions and increase renewable energy, all to battle the carbon-emissions believed to be causing climate change. Using the repeated phrase "Maine won’t wait," she challenged other states and countries to match what Maine has done.

"We are cutting our appetite for fossil fuels, on which we have come to depend too much for heat, electricity and transportation," Mills said.

"And we have invented the most innovative floating offshore wind platforms in the world. We are doing these things now, because we believe the irrefutable science. Maine won’t wait." 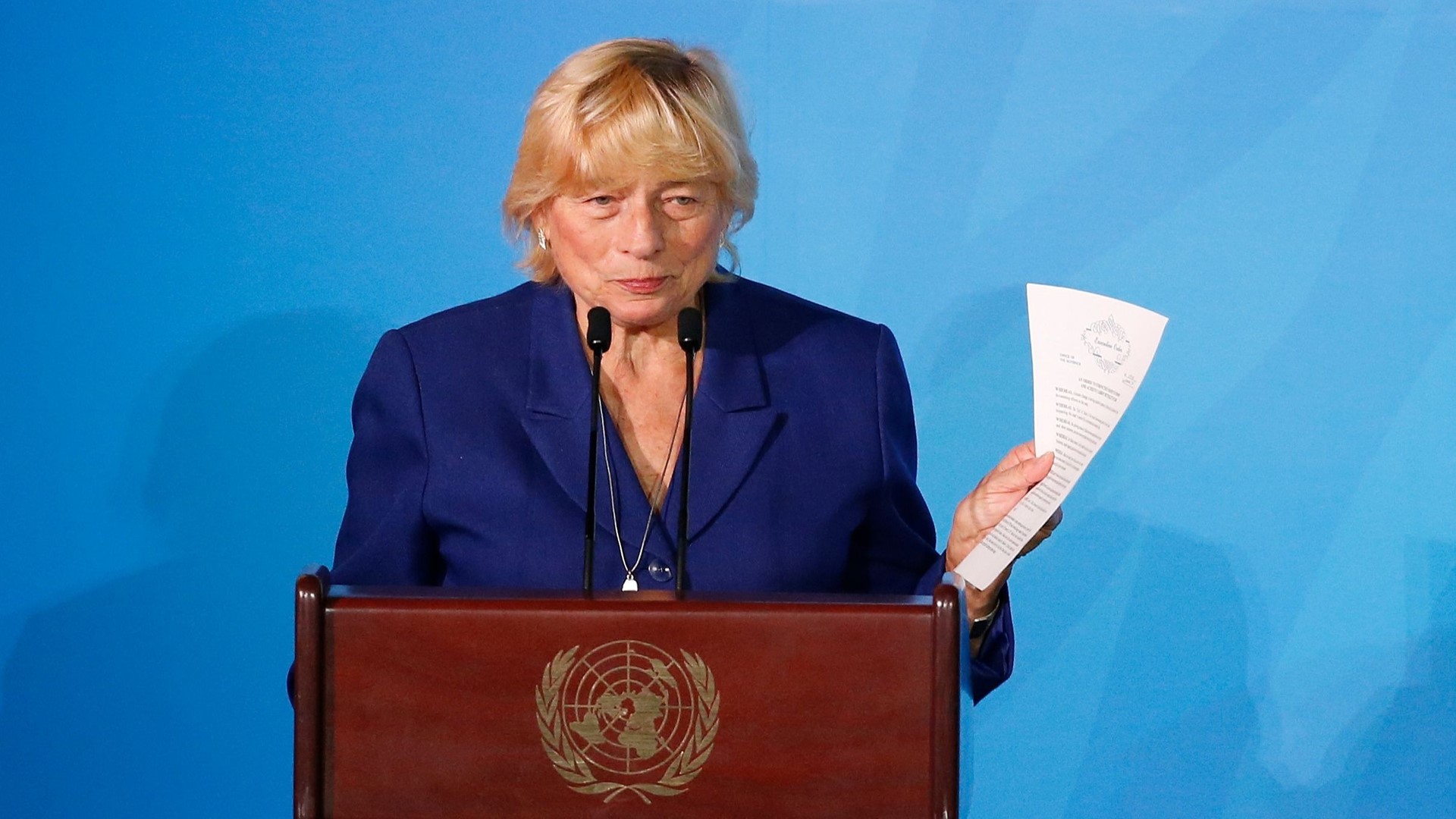 Mills’ remarks were praised by Greg Cunningham of the Conservation Law Foundation, a leading voice supporting strong action to cut carbon emissions. He said it will require spending — which he called investment — and changes throughout society.

"It will require us to make changes around how we heat our homes, power our automobiles. Moving away from oil and gas is the central target really of decarbonization. We’ve got to stop burning stuff," Cunningham said.

A law passed by the Maine Legislature earlier this year set aggressive goals for reducing emissions and moving away from fossil fuels. Among the goals in the law is to require 80% of Maine’s electricity come from renewable sources by 2030, and 100% by 2050. There is also a requirement for 40% cut in emissions by 2030, with an 80% reduction by 2050.

In the UN speech, the governor added a new goal, announcing she has signed an executive order requiring Maine to be "carbon neutral" by 2045. Her office says that means the stringent requirements to reduce carbon emissions, coupled with greater measurement of the "carbon sequestration" by Maine forests and farmland. That will likely be one of the topics later this week at the initial meeting of the new state Climate Council, created by Mills to manage how the state addresses the climate change problem.