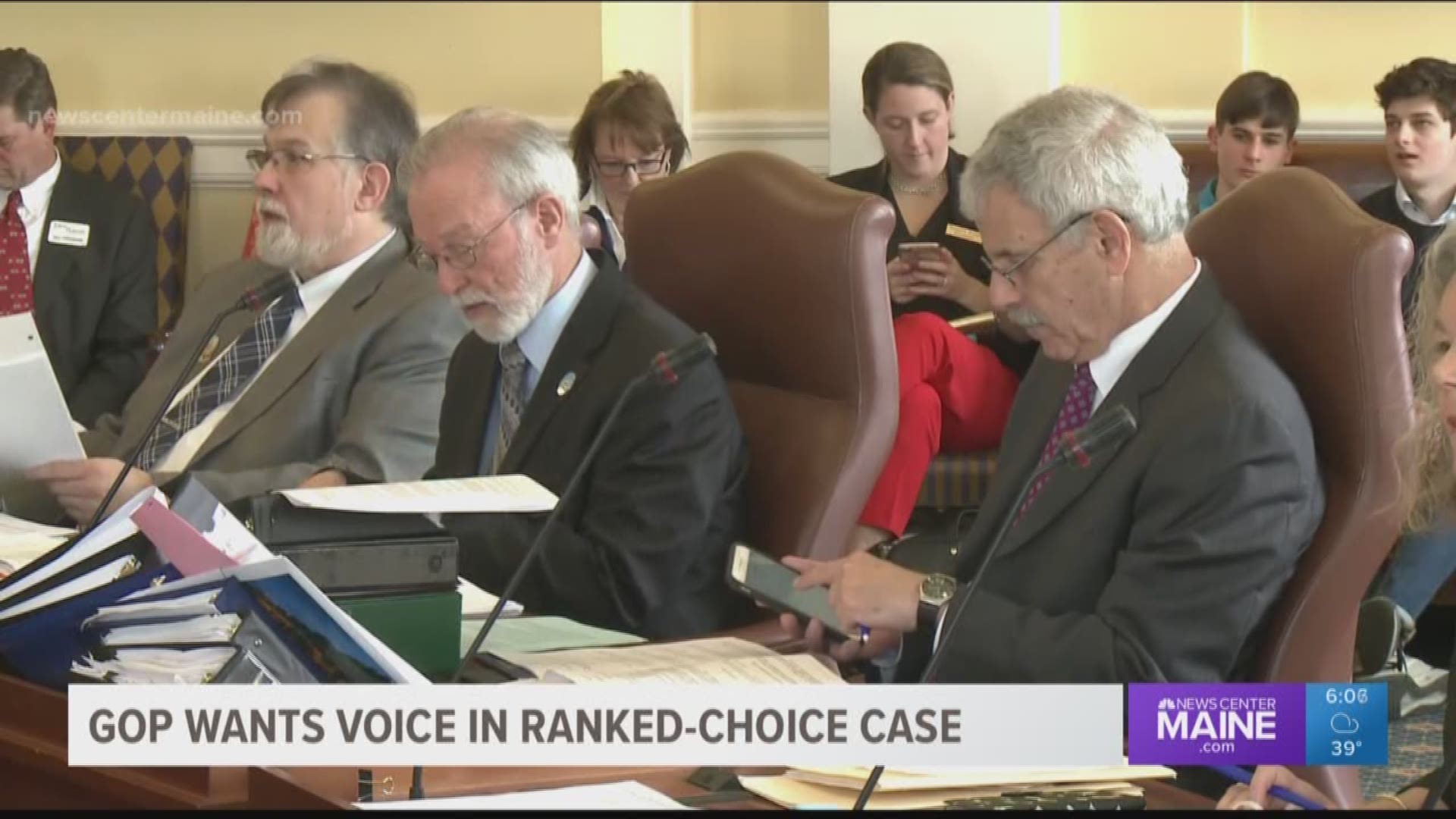 A superior court judge has been asked to rule whether Maine should use the controversial voting method in the June primary, as supporters want, or keep the traditional vote-counting method that was used before the ranked choice referendum passed in 2016.

The Republican-controlled Senate passed an order Monday for the Senate to get involved in the dispute. The order lets the Senate president hire a lawyer to ask the court to hear new arguments. Republicans, led by Sen. Roger Katz, have said there are more constitutional problems with the way ranked choice is being implemented.

"The point some of us are trying to make," said Sen. Katz, "is no matter how you feel about this very important issue, we all have to make sure we are going to have a fair election process that honors the integrity of the vote. Right now, I’m not sure we’re there and need a judge to weigh in on it."

Three Democrats sided with Senate Republicans to pass the order to intervene in court. Thirteen other Democrats, including Sen. Cathy Breen, D-Falmouth, were opposed. Sen. Breen said it was another attempt by the GOP to block ranked choice voting from being used, even though it had been supported by Maine voters.

"At every turn," Breen told NEWS CENTER Maine, "Republicans have thwarted our efforts to fix the constitutional problems, the implementation problems and supply the funding. All the issues in last night’s order have come before the legislature, we could have solved this by now and this is an obvious last ditch effort to undermine ranked choice voting."

What happens next isn’t clear. The judge has not yet ruled on the request by ranked choice supporters for an injunction, which would force the secretary of State to use RCV in the June primary. The Senate GOP is hoping the judge will allow its lawyer to intervene in the case, and provide arguments about problems with implementing the vote counting system. If the judge does not allow the GOP involvement, there is a possibility Senate Republicans might attempt a separate court challenge, although leaders have said they are still trying to determine how to proceed.