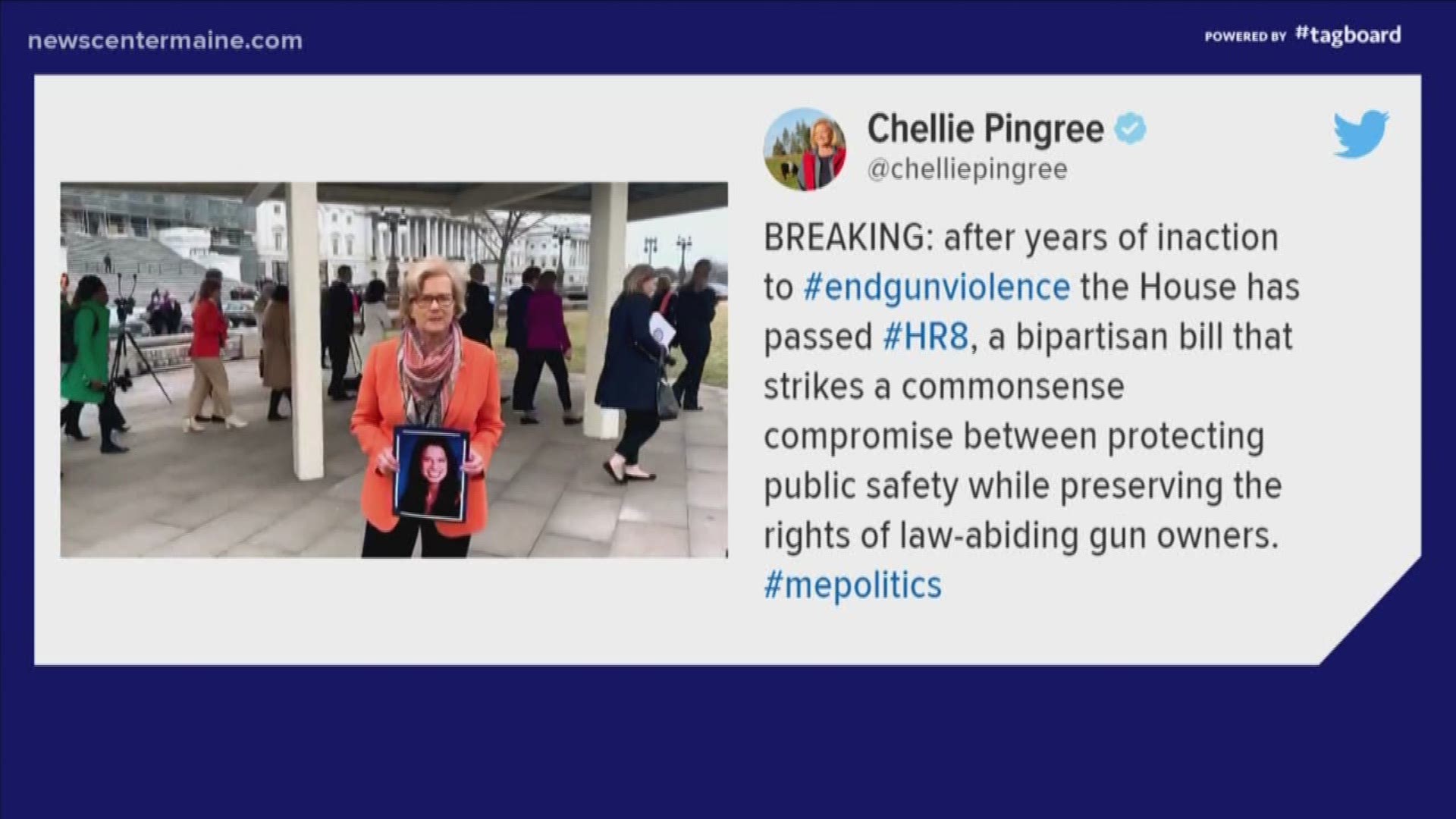 "Maine isn’t Chicago, Washington, or New York," said Golden. "For many of my constituents, access to firearms is a necessary part of daily life, and we have a tradition of responsible gun ownership."

The bill on the House floor Feb. 27 was H.R. 8, the Bipartisan Background Checks Act of 2019. H.R. 8 was designed to expand the current federal background check system to cover nearly all firearm sales, including trading firearms and personal transfers.

Rep. Chellie Pingree (D-ME, Dist. 1) strongly supported the bill, saying that the current background check system has too many holes in it.

"We can all agree that certain people should not be allowed to own a firearm because of the risks they present. But we’ve given them multiple options for skirting the system, so they can purchase one with ease," Pingree said.

Golden argued that H.R. 8 was too similar to the 2016 Ballot Question, which he says many Mainers, including all 11 counties in his district, opposed.

"While many Mainers support background checks for gun sales, this bill would have required them for personal transfers, including many common loans and trades between individuals," said Golden.

H.R. 8 was introduced to the House by a group of five Republicans and five Democrats. Golden and Rep. Collin Peterson (D-MN) were the only Democrats who did not vote for the bill. Eight Republicans crossed party lines to support H.R. 8.

"As shootings have rocked our nation, I’ve met with students who don’t feel safe in their schools, parents who fear for their children, and heartbroken families who’ve lost their loved ones to gun violence," said Pingree. "Congress should be absolutely ashamed that we have ignored their cries and this appalling crisis for so long."

Golden said although he did not vote for H.R. 8, he does support a strictly enforced background check and will oppose any efforts to erode the existing system.

"I believe my votes today were the right decision, but I know some of my constituents will feel differently," said Golden. "To those who do, I commit to continue to listen to you and work with you to find areas where we do agree and can work together, today and every day that I have the privilege of serving our state."

H.R. 8 is now headed to the Senate, which has a GOP majority.