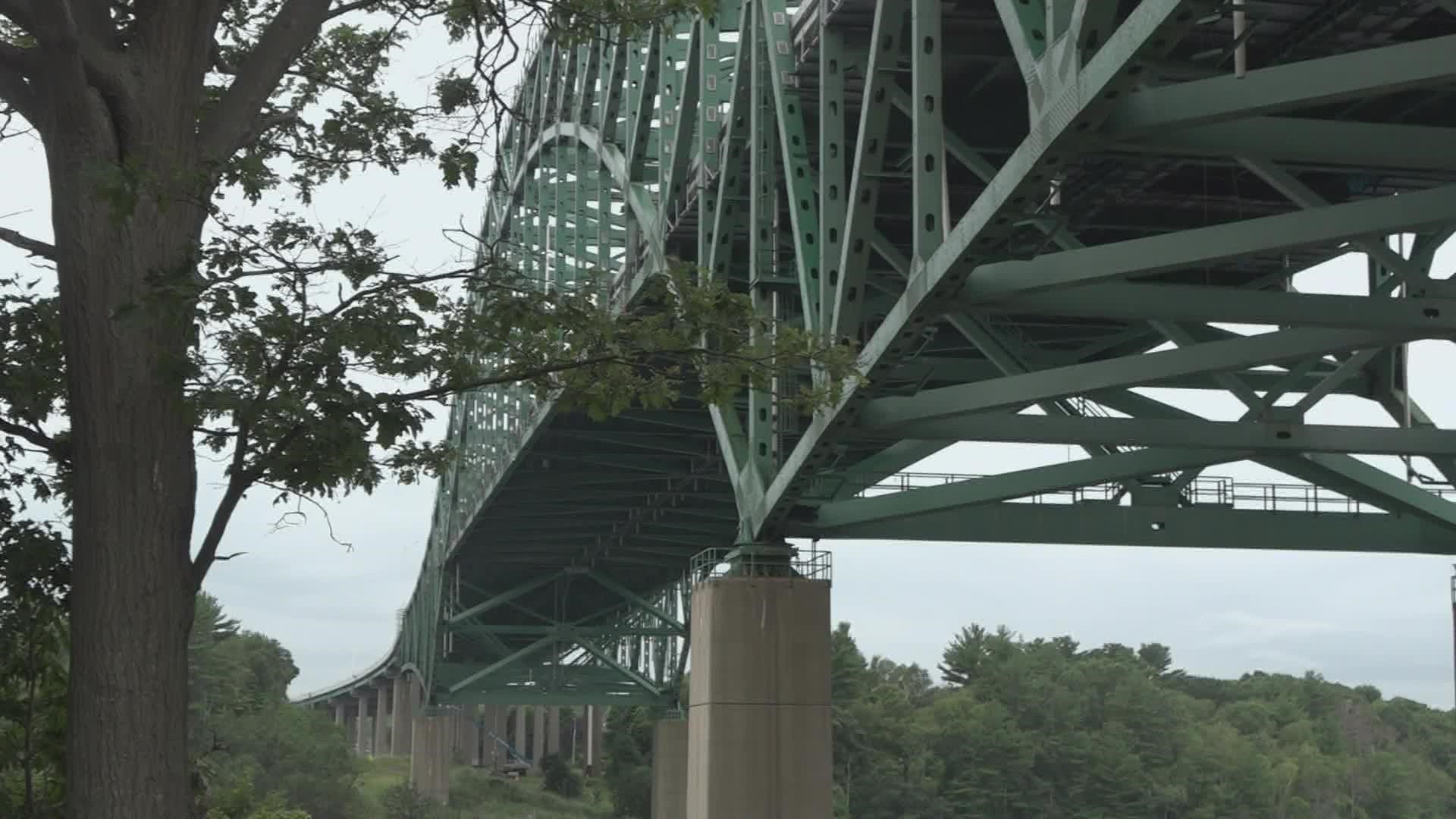 WASHINGTON D.C., DC — A game of political chicken between Nancy Pelosi and a group of moderate democrats, including Maine's Jared Golden, is over.

With a 220-212 vote Tuesday afternoon, the House voted to pass a blueprint of the $3.5 trillion infrastructure bill after Democrats agreed to consider it separately from a $1 trillion reconciliation package.

Maine Democratic Congressman Jared Golden and a group of 9 Democrats fought House leadership's push to force both proposals through together by threatening to withhold their votes.

Golden said Congress needed to simply pass the smaller bill, focused on things like roads, bridges, and broadband, before looking at broader issues, before the reconciliation package.

"I have not said that I'm opposed, but I have said that I will not agree to what would essentially be some form of a blank check," Golden said in a press availability Tuesday. "Reconciliation has not been drafted. It hasn't been debated, it hasn't gone through the committee process, and as a result, I don't know what's in it."

Golden said he is welcoming the deal as a victory now that they are no longer tied together.

“If Washington worked the way it was supposed to, Congress would have already passed the bipartisan infrastructure package into law. Instead, House leaders pursued a strategy that held the infrastructure legislation hostage to the passage of a $3.5 trillion reconciliation bill — a process that could take months — delaying and putting at risk funding Maine needs to replace lead pipes, fix roads and bridges, expand broadband, and much more," Golden said.

Democratic Congresswoman Chellie Pingree, who was not a part of the group of moderates holding the infrastructure bill hostage, released a statement following Tuesday's vote saying it is a big step forward.

“Today’s action by the House begins the hard work of enacting what I believe will be among the most consequential legislation Congress has considered since the Great Society," Pingree said in a statement. "This watershed bill will provide aid to working families, resources to fight the climate crisis, and tools for job creation and health care access that will remake millions of lives for the better. The American people elected President Biden and this Congress to lift the nation up and give working families a fair shot. We are close to that goal and I will work hard to get this legislation to the President’s desk to fulfill our promises.”

House Speaker Nancy Pelosi has committed to voting on the bipartisan package no later than Sept. 27, an attempt to assure lawmakers it won't be left on the sidelines. It's also in keeping with Pelosi's insistence that the two bills move together as a more complete collection of Biden's priorities. Pelosi has set a goal of passing both by Oct. 1.