The roundtable came in response to a new report from Maine’s AG that showed drug overdose deaths in Maine jumped 23% during the first three months of 2020. 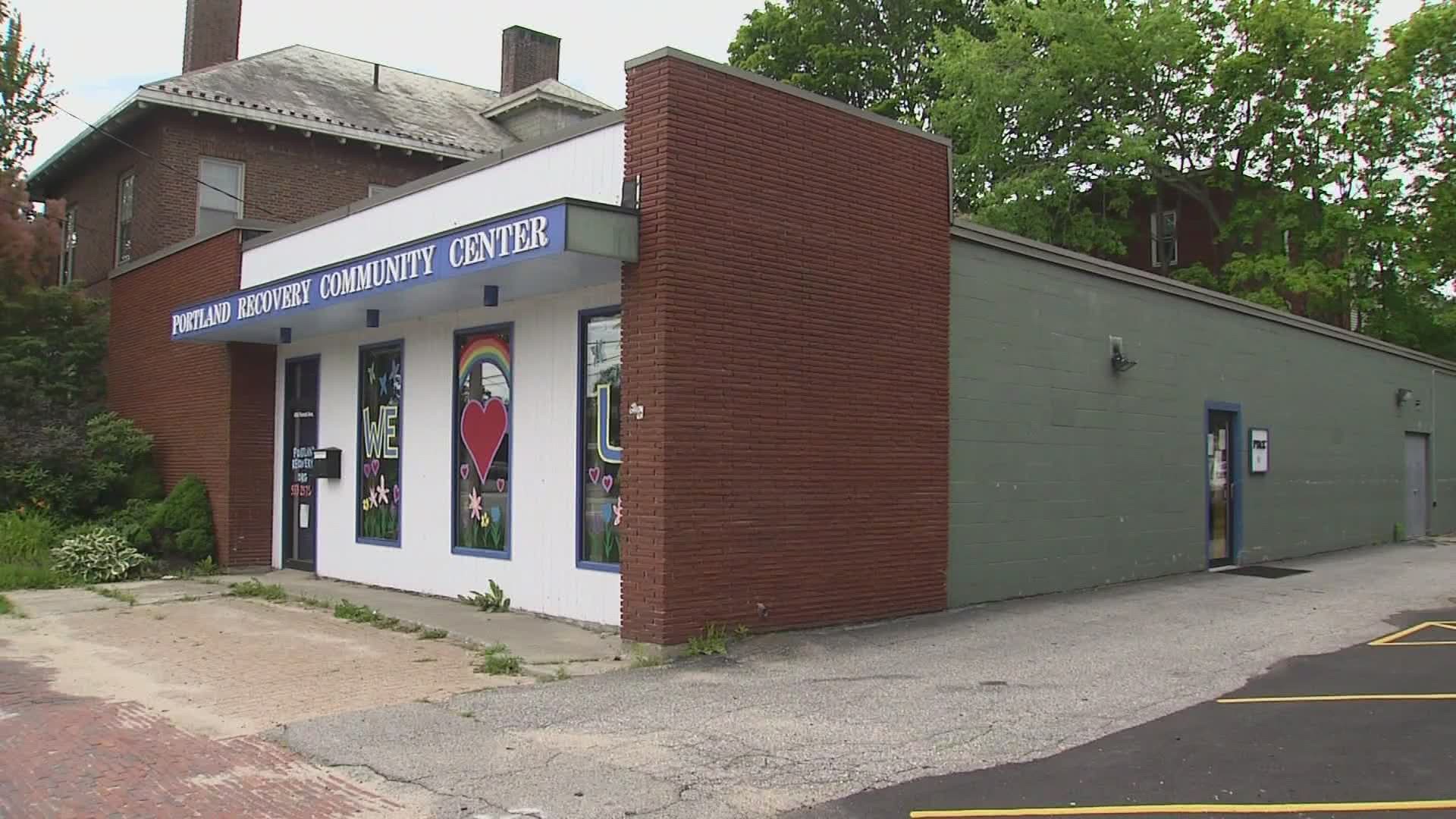 PORTLAND, Maine — On Wednesday Democratic U.S. Senate candidate Sara Gideon toured the Portland Recovery Community Center and held a roundtable discussion with advocates and individuals in recovery to discuss how the federal government should address the opioid epidemic.

The Gideon campaign said the tour and roundtable came in response to a new report from Maine’s Attorney General that showed drug overdose deaths in Maine jumped 23 percent during the first three months of 2020 compared to the final quarter of 2019, in part due to the coronavirus pandemic. According to state officials, drug overdoses claimed 127 lives in Maine during the first three months of 2020.

“The opioid epidemic has devastated families and communities across our state, and the coronavirus pandemic has exacerbated the challenges faced by those in the recovery community,” Gideon said in a statement. “Organizations like the Portland Recovery Community Center are leading the effort to address the crisis here in Maine, and now more than ever, Maine’s recovery community deserves a senator who will partner with them to make a difference. In the State House, I’ve worked across the aisle to address the opioid crisis — and that’s exactly the kind of leadership I will bring to the Senate.”

Thank you to the Portland Recovery Community Center for hosting me this morning and joining in a roundtable discussion about the opioid crisis here in Maine.

Now more than ever, we need to invest in education, treatment, and prevention to address this epidemic. #mepolitics pic.twitter.com/OsBJ7hQX3O

In response to Gideon’s campaign event today, Sen. Susan Collins’ Senate Office said Collins has “been on the forefront of numerous efforts in Congress to fight the opioid epidemic that is claiming the lives of hundreds of Mainers each year.”

"Senator Collins is a national leader who has been on the forefront of numerous efforts in Congress to fight the opioid epidemic that is claiming the lives of hundreds of Mainers each year. Since 2015, she has secured more than $30 million to help Mainers struggling with substance abuse disorders, and throughout this pandemic, she has worked hard every day to help make sure Mainers have access to the prevention, treatment, and recovery resources they need."

Nearly $1 million has been awarded to help ensure that Maine has the resources it needs to combat the opioid crisis. While we continue to respond to COVID-19, we must not relent in our efforts to address the ongoing opioid crisis.https://t.co/Roj581BfIy

The Gideon campaign said while in the Maine State House, Gideon supported legislation that expanded opioid addiction treatment and prevention programs, gave law enforcement more resources to fight the epidemic, and passed a “Good Samaritan” law that protects individuals who report a drug-related emergency from prosecution.

“As Maine’s Senator, Sara would fight to expand access to affordable addiction treatment, create bridge programs to ensure people have access to treatment at the moment they’re ready for it, fund education and prevention efforts, and work to hold big pharmaceutical companies accountable for their role in the opioid crisis,” the campaign said.

RELATED: Recovering addicts in a time of COVID-19