Gideon nets 4th most money of any Senate candidate nationally 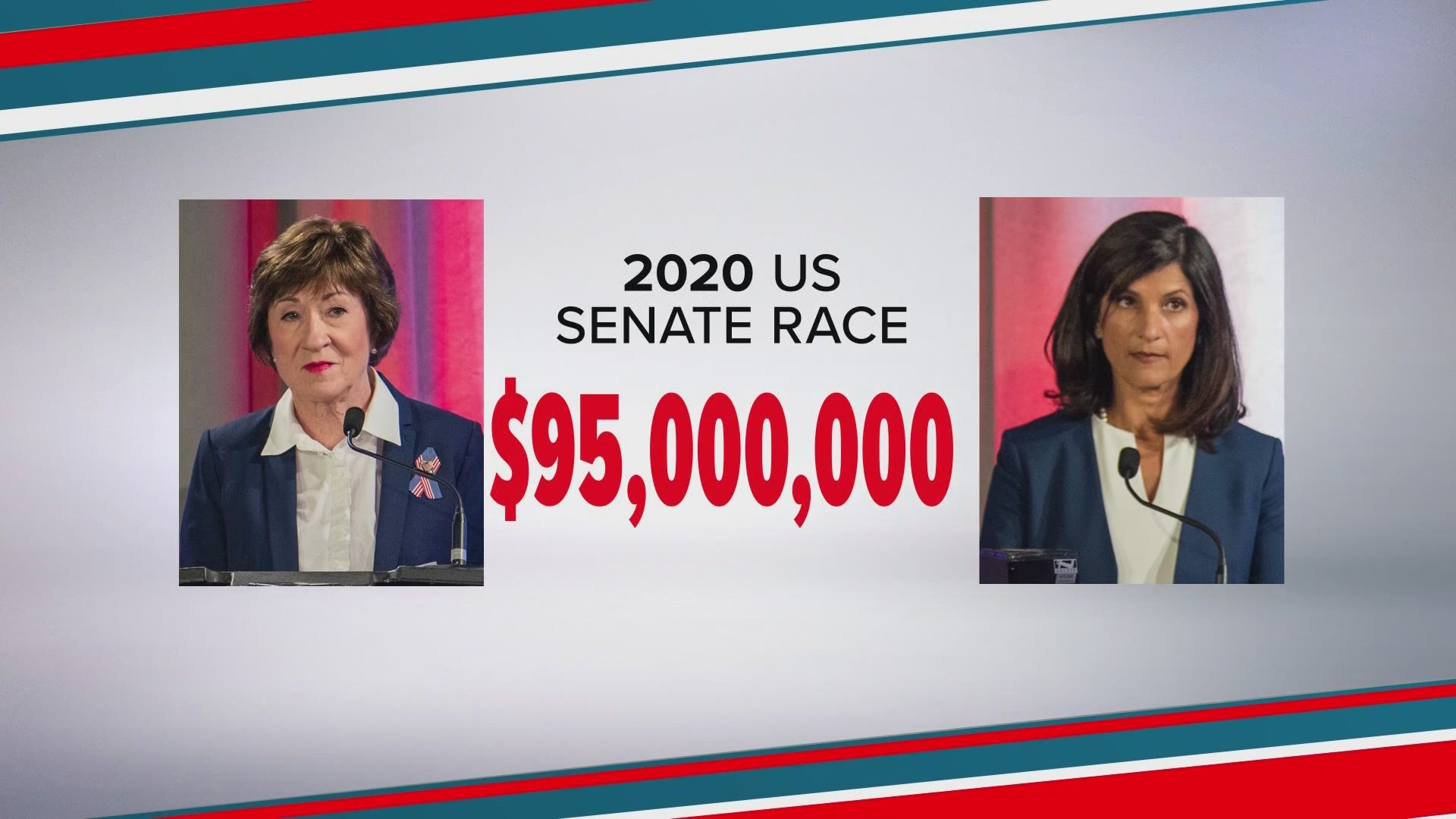 MAINE, Maine — To say Maine's 2020 U.S. Senate race is the most expensive political race in state history doesn't even begin to explain what's going on.

Republican incumbent Sen. Susan Collins and Democratic challenger Sara Gideon have raised more than a staggering $95 million combined, and are expected to surpass $100 million by the end of the election cycle.

The previous record-holder was when Collins beat Democrat Tom Allen in 2008. The total raised by both of them was just around $14 million.

Corrado says, "I'm looking now at Gideon's campaign and I'm thinking this is a campaign that could have 10 to 15 million dollars in the bank at the end of this race. She's going to have more in the bank than the most expensive race in the past."

Asked about the unprecedented level of campaign fundraising, the Gideon campaign issues a statement Wednesday, highlighting the money raised in Maine:

"Mainers are ready for new leadership and the grassroots excitement behind Sara is clear — nearly 22,500 Mainers have chipped in to support Sara's campaign and her vision to protect and expand access to health care, lower the price of prescription drugs, and crack down on the influence of special interests in Washington."

Those numbers are staggering. https://t.co/q5d9vJUiyp

Corrado says while these numbers are nowhere near the norm for Maine, it's definitely going on in other Senate races around the country in this election cycle.

"Every one of the challenges, particularly the Democratic challengers in these toss-up races, is raising an unprecedented amount of money," says Corrado.

Maine is seen as one of the toss-up Senate races, which is why only three other Senate races have drawn more money.

Topping the list is the South Carolina Senate race, which is also a tight and heated race between incumbent Lindsey Graham (R) and Jaime Harrison (D). Between the two of them, they've already raised more than $174 million.

Maine's race makes the top four largely because of the amount of money brought in by Gideon. With more than $68 million, Gideon has raised the fourth most of any candidate running in a national Senate race.

The other Independent candidate, Lisa Savage, has raised $186,503.

RELATED: 4 ways campaign money can be used after Election Day