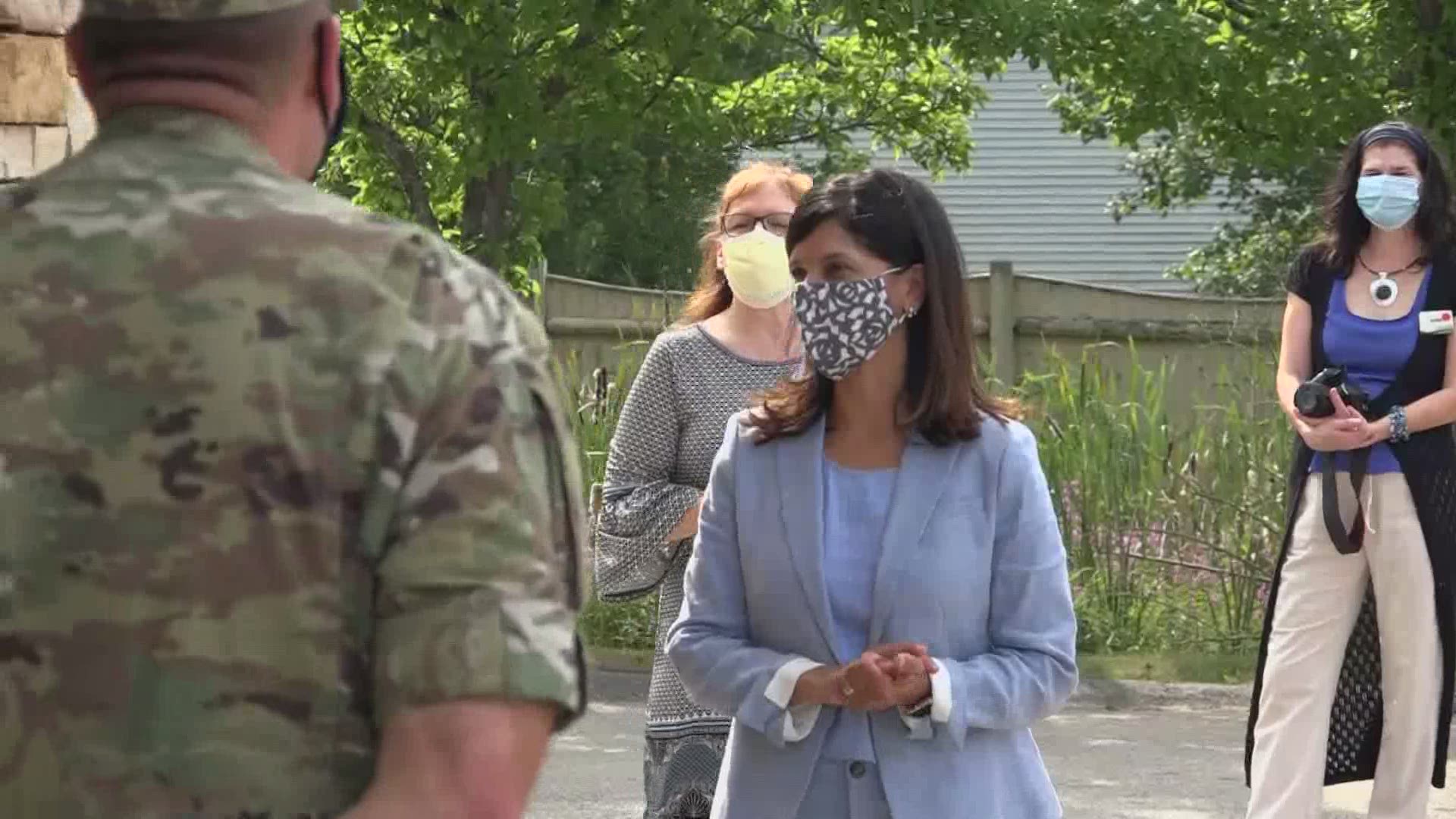 "It's been of critical importance," Coralee Thomson, the leader of patient experience at York Hospital said. "I believe that our community has wanted the reassurance and I believe that the broader community in the state of Maine have been appreciate of the public health effort."

Gideon met with hospital leadership and frontline workers to discuss the ongoing demands and the strain the pandemic is having on them and the health care industry in the state.

"Health care is the number one issue and we have only seen that need continue to increase," Gideon said.

RELATED: ‘I’m concentrating on my own race’: Collins dodges question about supporting Trump

The newly-released agenda places emphasis on expanding access to health care for tens of thousands of uninsured Mainers, as well as lowering prescription drug costs and ensuring more resources to combat COVID-19.

Gideon said she hopes to build on the Affordable Care Act (ACA) and expand Medicare to be available to those who want it. However, her plan does not go so far as to champion a 'Medicare for All' option put forth by progressives.

"There are people even through this pandemic that continue to have private insurance and want to have the option to keep that and I think they should be able to," Gideon said.

Hundreds of thousands of Mainers rely on the ACA for health care coverage. Sen. Collins voted repeatedly to repeal the ACA and undermine protections for people with pre-existing conditions. I’ll work to protect and expand Mainers’ access to health care. https://t.co/EJTs0jBdke pic.twitter.com/m7FtVZd7Ct

Critics, including her opponent Sen. Susan Collins (R-Maine), have slammed Gideon for not doing more in her role as Speaker of the House to address the pandemic in Maine.

Touting her work to ensure emergency powers to Gov. Mills early on the pandemic, Gideon told NEWS CENTER Maine the most pressing issues really need to be addressed on a national scale.

"These are things that need to be done on the federal level and unfortunately we see during this pandemic Republicans in the Trump administration continue to go after the Affordable Care Act and take healthcare away from people at a time when we need him most," she said.

“Sara Gideon wants the government to run health care, and she wants to pay for it by raising your taxes. Many rural hospitals are already struggling to even stay open, and Gideon’s plan would only increase the tremendous pressure on these hospitals - putting patient care at risk," Collins' spokesman Kevin Kelley said. “In order to lower health care costs in Maine, we must tackle the underlying cost of health care. Senator Collins’ health care plan is aimed at lowering these costs."

Gideon is scheduled to make stops in central and northern Maine on Wednesday.