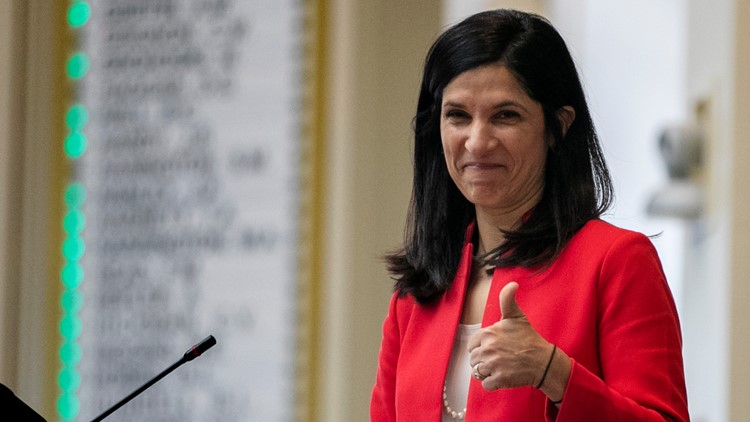 According to the Portland Press Herald, U.S. Senate Democratic candidate and Maine Speaker of the House Sara Gideon cast her vote for Joe Biden in the presidential primary on Tuesday.

In a prepared statement, Gideon said “There’s a lot that will need to be done when Donald Trump is replaced this November, both within our country and around the world. At this moment, I think Vice President Biden is the candidate most able to bring the country together and to look into the future to address all the challenges we face.”

“I voted for Elizabeth Warren because I am inspired by her intelligence and her passion, and the way she’s been campaigning – speaking and meeting directly with voters,” LaJeunesse said. “I agree that if our government and our economy are going to work for all of us, we need to fight the corruption that has infected too many big corporations and that has infected D.C. too.”

“We need a visionary leader who Inspires us and will galvanize us to make the impossible, possible,” Sweet said in an email to supporters Sunday afternoon. “I believe Bernie Sanders is that person.”

RELATED: Power of the Youth Vote in Maine