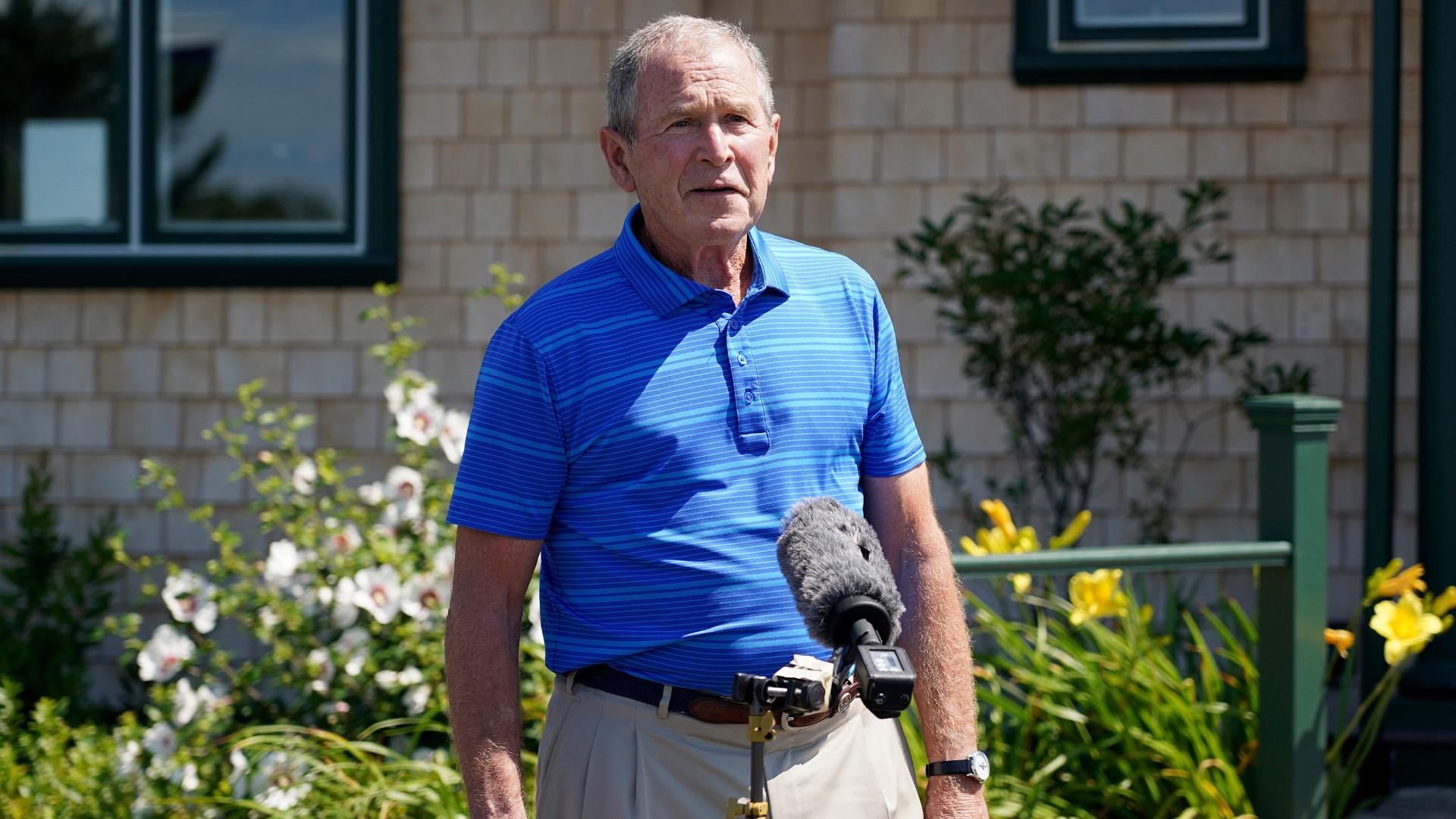 Collins joined President and Mrs. Bush for lunch at Walker’s Point in Kennebunkport, something she frequently did with the late President George H.W. Bush and Barbara Bush.

In brief comments to reporters, President Bush praised Collins for being “honest and forthright,” and also said she is independent, commenting he saw that on issues where Collins had opposed him.

Laura Bush also praised Collins and was highly critical of the TV attack ads against Collins in the campaign. Both commented about the divisive political climate in the country.

The President and Mrs. Bush did not take questions. Sen. Collins answered a few after, but would not say if she thinks President Trump should be re-elected.

Bush has largely avoided the political fray since leaving office in 2009. His endorsement Friday is a welcome boost for Collins, who's waging her most difficult campaign yet as she seeks a fifth term.

The centrist senator has become a top target for Democrats, who cast her as an enabler of President Donald Trump’s agenda, even as she occasionally tries to distance herself from his more controversial statements and policies. National attention has helped Collins’ opponent, Democrat Sara Gideon, amass a sizable cash advantage.