Mainers made the trip to our nation's capital to pay their final respects to former President George H.W. Bush. 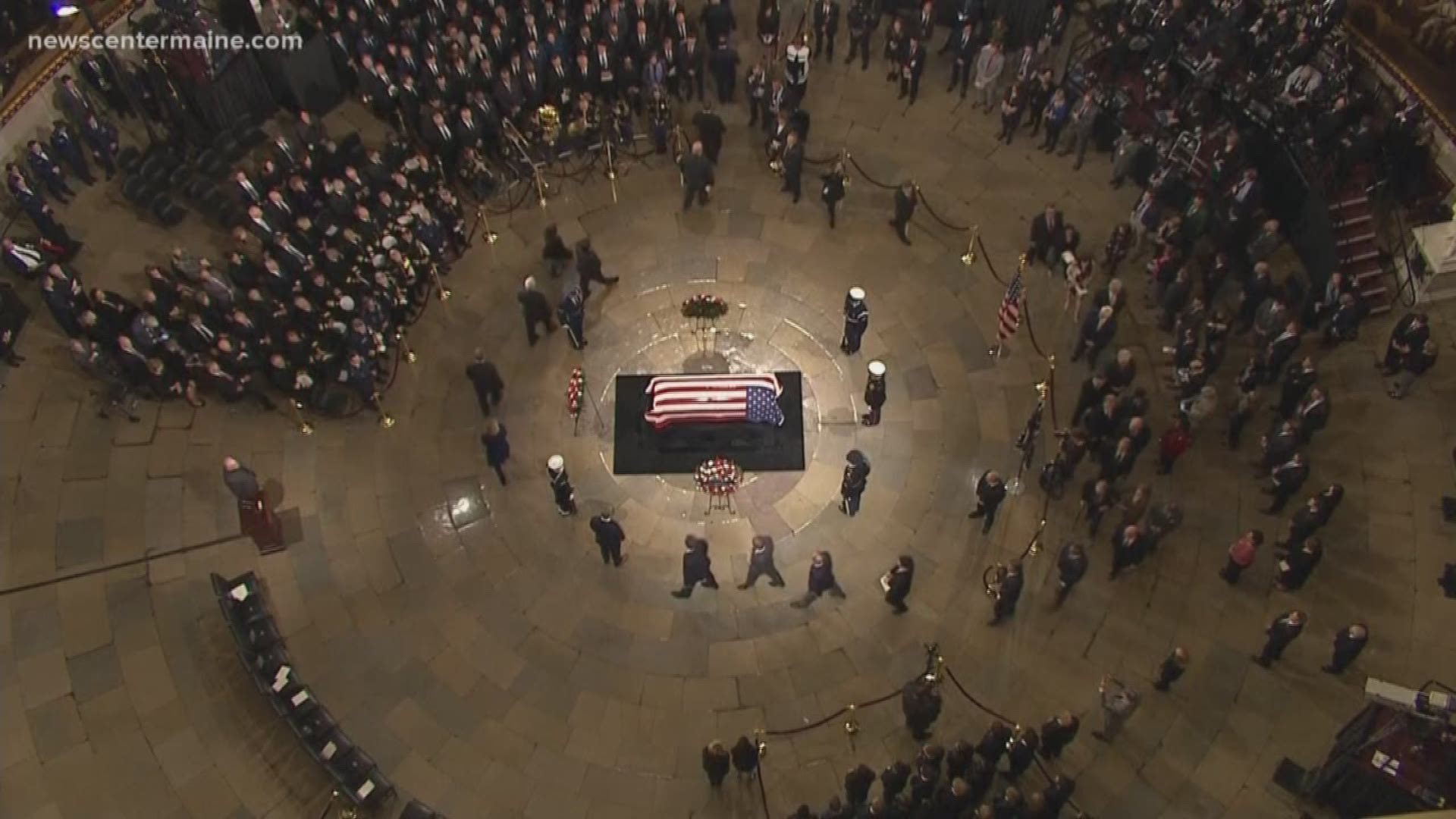 WASHINGTON (NEWS CENTER Maine) -- Jan Fitzpatrick made a spur of the moment decision Sunday evening and bought a plane ticket to Washington, D.C. -- she says she wouldn't have missed the opportunity to say goodbye to a man whose had a huge impact on her life.

"He was such a dear man, such a kind friend," Fitzpatrick said about former President George H.W. Bush. "He was just a great person."

President Bush passed away Friday in Houston. He was 94 years old.

Fitzpatrick lives in Kennebunkport, the town the Bush family has summered in for years. She says she formed a great friendship with both Barbara Bush and the President over the years. They all spent many days together at President Bush's favorite golf course or at their home on Walker's Point.

She says she will never forget the way Bush treated others and the love he had for his wife.

"They were just a great team and something to emulate," Fitzpatrick said. "Every time I spoke with them, I learned something, and I'm trying to hold onto that for the rest of my life -- I never walked away from a conversation without saying wow."

The president's body will remain in the Rotunda of the Capitol building until Wednesday morning, it will then be moved to the National Cathedral for his funeral services.